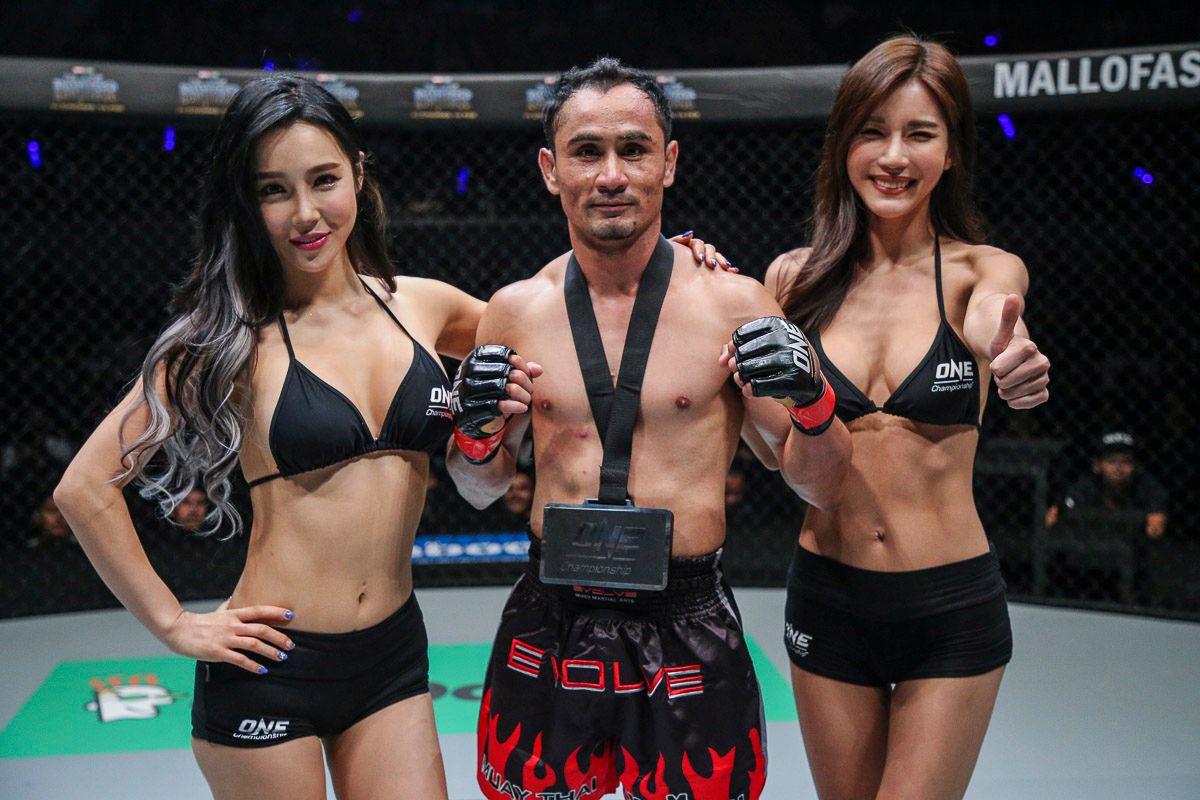 ONE Super Series was created to showcase the adrenaline-pumping action of world-class martial arts on the world’s biggest and most prestigious stage of competition. Fans will be treated to an amazing evening of electrifying and compelling matchups, designed to showcase the purest form of world-class striking across all of Asia’s major martial arts.

The 34-year-old Gaiyanghadao boasts of a 365-46-9 overall professional Muay Thai record, and has won the prestigious Lumpinee Stadium championship on multiple occasions, as well as capturing the Thailand Super Flyweight, Super Bantamweight, and Bantamweight Championship, and more.

When asked how much the ONE Super Series title means to him, Gaiyanghadao offered a simple response.

“Even though I have won many Muay Thai world championships, I am still very excited about the chance to win the ONE Championship belt,” said Gaiyanghadao.

“I am thankful that ONE Championship has chosen me to take part in the first world title fight for ONE Super Series. I will do my best to make my family, my fans, and all of Thailand proud.”

The legend returns to action this Friday night, 18 May at the Singapore Indoor Stadium, in the co-main event of ONE: UNSTOPPABLE DREAMS opposite Sergio “Samurai” Wielzen of Amsterdam, Netherlands.

Competing in Thailand’s largest and most prestigious arenas has been a staple for Gaiyanghadao ever since he began training as a young boy at the family farm. Known for his exciting fighting style, Gaiyanghadao is highly-regarded as one of the biggest stars in Muay Thai history. But even given his lofty credentials, Gaiyanghadao isn’t taking Wielzen lightly.

“My opponent for this fight is very strong,” Gaiyanghadao offers.

“He is experienced, and has a lot of power. I am not taking this fight lightly, and I am fully focused. I do not have a particular game plan. As always, I will go in and see how the fight develops. It is going to be a fun fight.”

With over 20 years in professional experience, Gaiyanghadao has competed against some of the biggest names in Muay Thai such as Nong-O Gaiyanghadao, Pornsanae Sitmonchai, Penek Sitnumnoi, Petchboonchu FA Group, and Singtongnoi Por Telakun, among others. Today, he is a well-respected coach at Singapore’s renowned Evolve gym.

He is best known for his strong defense and counter offense.

If he can defeat Wielzen in Singapore, Gaiyanghadao will be crowned the first ONE Super Series world champion in history, which certainly adds to his already impressive credentials as a world-class athlete.

“I am in the best shape of my life, and I feel great. I am faster, stronger, and more experienced. It is going to be an exciting contest for sure, but I am looking to end it quickly,” Gaiyanghadao concluded.

ONE: UNSTOPPABLE DREAMS will be broadcast live from Singapore, and will stream on Thairath TV Channel 32.

The event will also feature reigning ONE Women’s Atomweight World Champion “Unstoppable” Angela Lee as she defends her title against Mei “V.V” Yamaguchi of Japan in a highly-anticipated rematch. In the evening’s other co-main event, ONE Featherweight & Lightweight World Champion Martin “The Situ-Asian” Nguyen defends his featherweight title against rising star Christian “The Warrior” Lee.