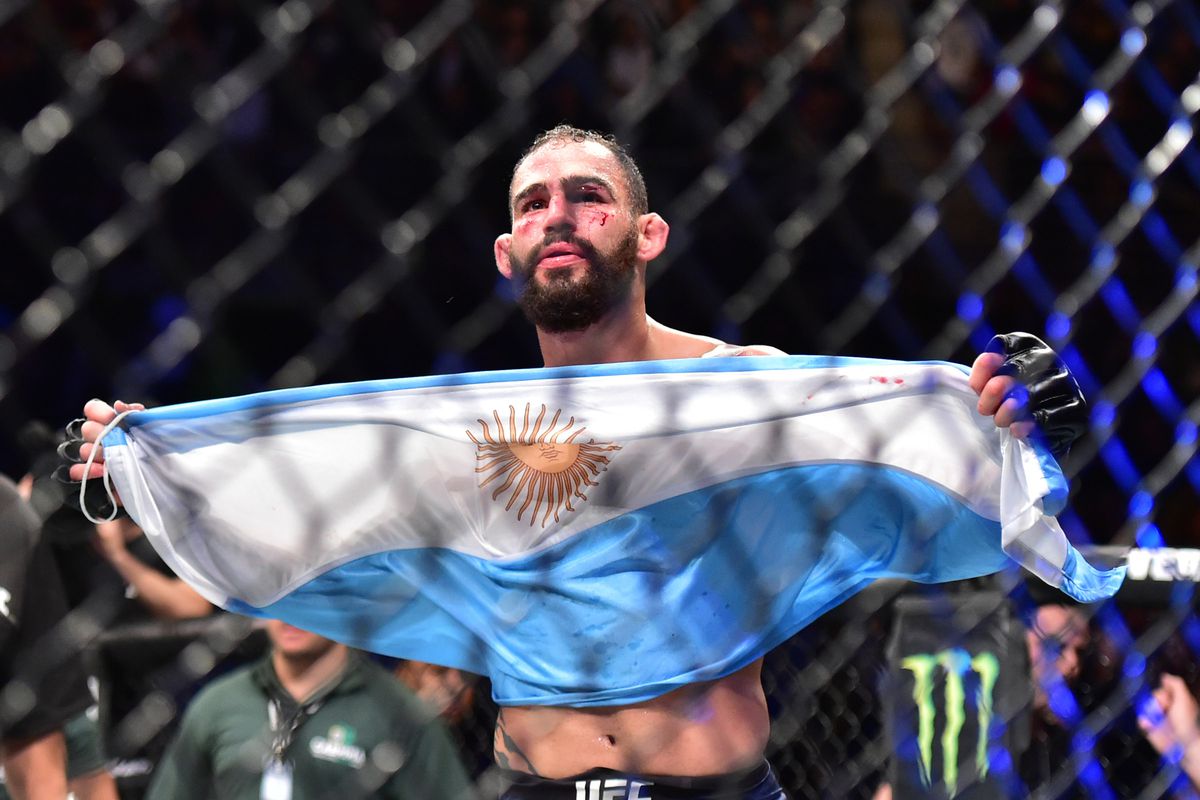 Top welterweight contenders Santiago Ponzinibbio and Neil Magny went toe-to-toe with each other last week in Argentina. Santiago Pomzinibbio put a beat down on Magny throughout the fight. He controlled the fight with his crisp jabs and never allowed Magny to recover from those.

Santiago landed vicious shots on the inside which forced Magny to fight on the back foot for the most of the fight. He then scored a knockout in the final round that saw him dropping Magny straight on the canvas.

The 32-year old Argentinian is on a seven fight winning streak with his last four consecutively coming from a knockout. He now wants a shot at the UFC Welterweight title. 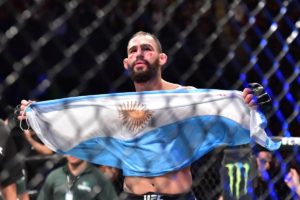 He believes he deserves a title shot and gave the example of how Tyron Woodley was able to get a title shot with six fights in the UFC.

“Tyron Woodley, when he got the title shot, he had six fights for the company,” Ponzinibbio told in an interview with MMAjunkie. “He won four and lost two. He lost to Rory MacDonald, and then got two fights – two easy fights. Koscheck and that other guy, and they gave him a title shot. C’mon! This is ridiculous!

“Always, my fights are exciting. He’s not an exciting fighter. I opened a new market in my country with the pressure and the expectations. I won for my people – that is something Tyron is not ready for. And that is something he will never do.”

Meanwhile, he wasted no time taking a dig at former UFC champions, Conor McGregor and Georges St-Pierre. He even said that he was a better striker than McGregor and said he would beat both of them and only politics is holding them back.

There is also a lot of truth to what Santiago said, he has the second longest winning streak in the welterweight champion and has been in UFC for a longtime.

Do you think Santiago Ponzinibbio deserves a title shot?

Previous articleLegends reunite: Rashad Evans and Frank Mir to serve as colour commentators at Chuck vs Tito 3
Next articlePaycheck is the only thing standing between Brock and DC’s super fight….. says Paul Heyman