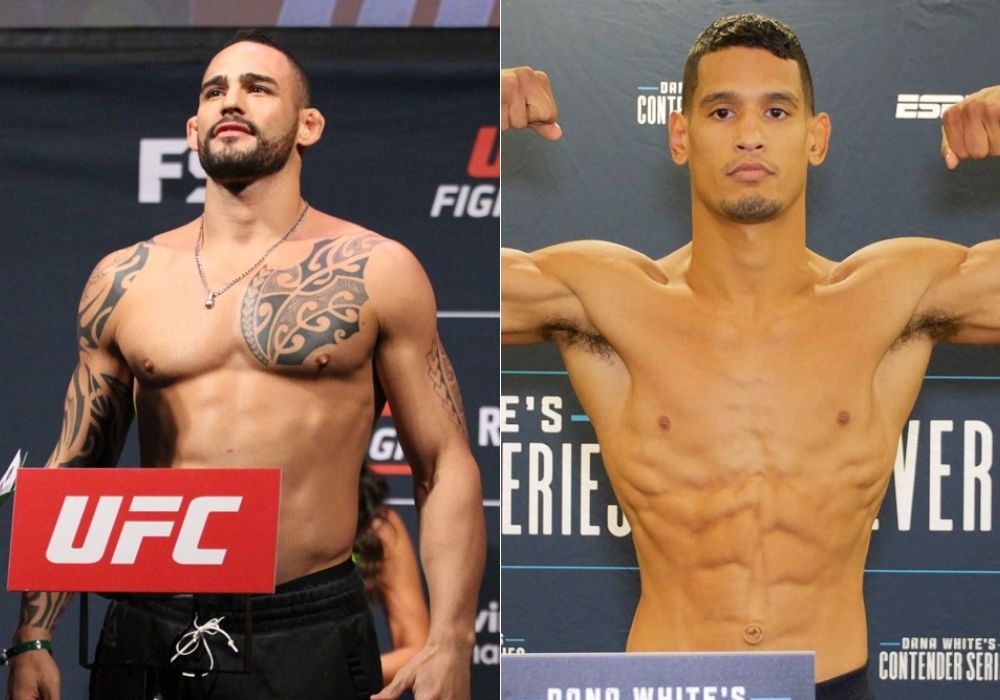 UFC welterweight contender Santiago Ponzinibbio looks to get back in the win column against one of the UFC’s most exciting prospects, Miguel Baeza. 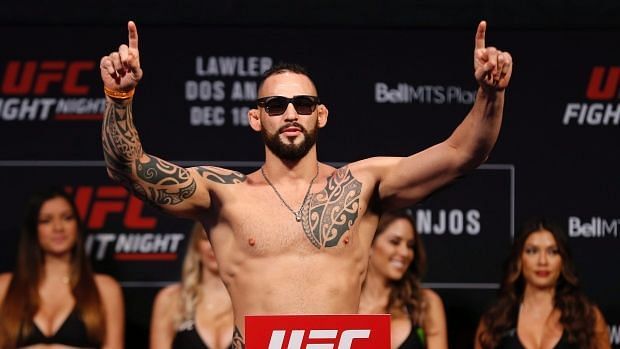 Unbeaten prospect Miguel Baeza takes on veteran Santiago Ponzinibbio at a UFC event on June 5. Marcelo Barone of Combate was the first to report the news. That event currently does not have the main event set for it, but other bouts scheduled for the card include Roman Dolidze vs. Alessio Di Chirico, Ilir Latifi vs. Tanner Boser, and Muslim Salikhov vs. Francisco Trinaldo. 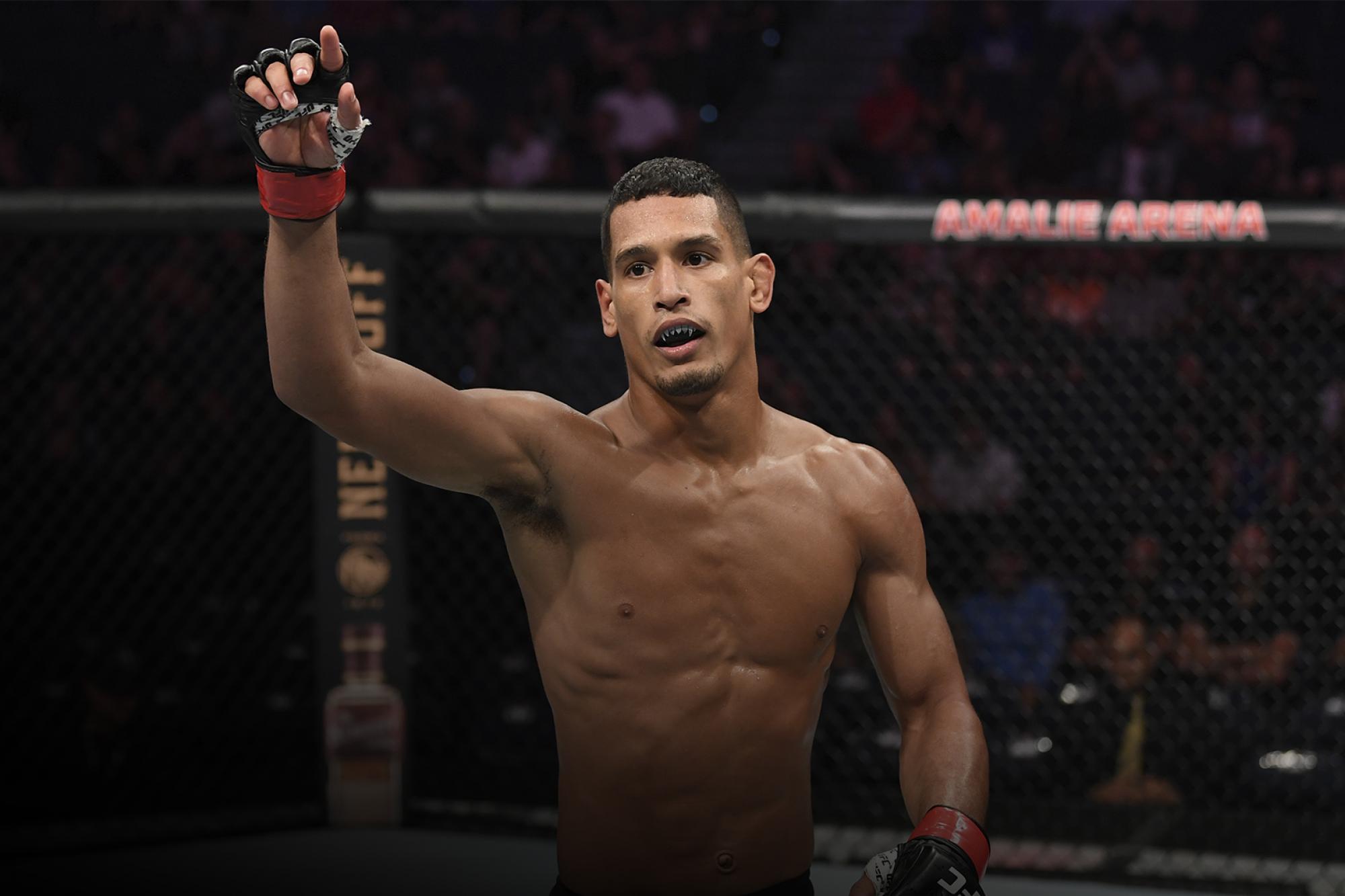 Baeza (10-0) looks like a future title contender at 170lbs. The 28-year-old American has gone undefeated since starting his pro MMA career in 2015, and he’s a perfect 3-0 so far in the UFC since earning a contract off of Dana White’s Contender Series.

Baeza last fought in November, defeating Takashi Sato with an arm-triangle choke in the second round of their clash at UFC on ESPN 18. The win continued an impressive run for Baeza under the UFC banner, as he had stopped Hector Aldana and Matt Brown in previous outings. The 28-year-old fights out of MMA Masters in South Florida. The wins over Brown and Sato were legit and earned him $50,000 each for “Performance of the Night.” Based on what we’ve seen of Baeza so far, he seems like the real deal. 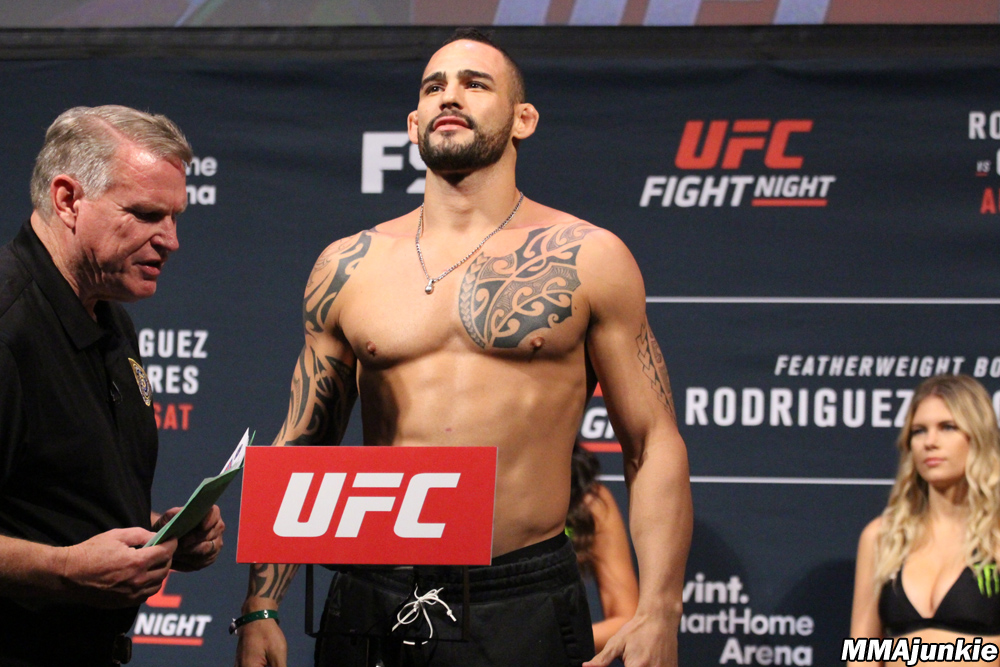 Ponzinibbio (27-4) was at one point in time one of the most feared welterweights in the UFC. Between 2015 and 2018, he won seven straight fights in the Octagon include notable victories over Mike Perry, Neil Magny, and Zak Cummings, among others. Overall, the 34-year-old native of Argentina is 9-3 overall in the UFC.

However, he has been dealing with injuries and health issues over the last few years which have kept him out of the cage. After beating Neil Magny in November 2018, Ponzinibbio did not fight again until January 2021, when he fought Li Jingliang on Fight Island and suffered an upset knockout loss. The defeat snapped a seven-fight winning streak for the Argentine.

With the addition to the card, the June 5 UFC event not includes:

Previous article
Robert Whittaker says he will dominate Kelvin Gastelum, but is expecting an ‘Absolute War’
Next article
Eddie Alvarez says he is in serious talks about boxing Oscar De La Hoya