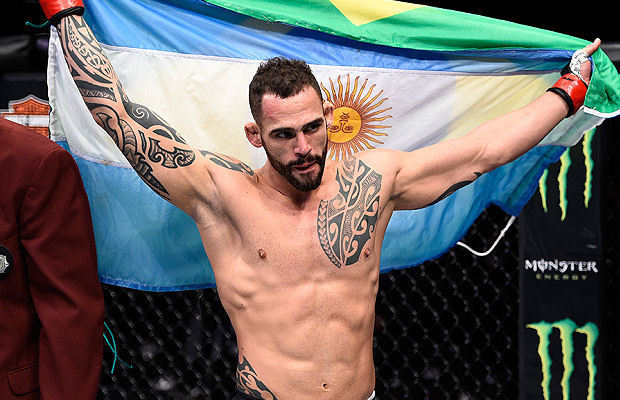 Argentine UFC welterweight Santiago Ponzinibbio just can’t catch a break. He is the latest fighter to test positive for Coronavirus.

The news was first reported by AG Fight.

Santiago Ponzinibbio has been out of action for one and a half year and was last seen in action back in 2018 at UFC Fight Night 140, which took place in his home country of Argentina.

In that fight, he knocked out Neil Magny in the fourth round. He has since had a string of bad lucks that has out him out of action since. 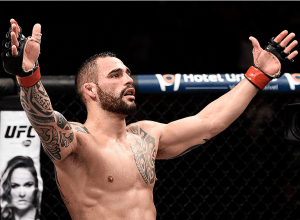 He was supposed to fight at UFC 245 last December, but he had to pull out of the fight following a staph infection. Santiago Ponzinibbio trains out of American Top Team gym and in the last few days numerous members of the gym including coaches Mike Brown, Gabriel De Oliveira and bantamweight Pedro Munhoz test positive for the highly infectious virus.

Ponzinibbio is currently riding on a seven-fight winning streak inside the Octagon having defeated the likes of Mike Perry, Gunner Nelson, Nordine Taleb etc. He has an overall record of 27-3 and has compiled a record of 9-2 in the UFC.

Throughout 2019, Santiago Ponzinibbio has spent his time calling out for the tougher fights in the division. However, his string of bad luck has forced him to stay out of the cage.

He has called out the likes of Anthony Pettis, Rafael Dos Anjos and Tyron Woodley when they were still on a winning streak.

“I need to fight, man. This is one of the best moments of my career, I’m ready to become world champion and I don’t want to stay inactive”, Santiago told MMA Fighting. “Since dos Anjos really doesn’t want to fight me, I think Tyron Woodley is a great fight. I’ve showed time and time again I’m ready to become champion.”

“I’ve done more than Tyron did when he first fought for the belt. I believe I’m ready to fight him,” Ponzinibbio said. “I will knock Tyron out and then I’ll fight for the title and knock Usman out. I will be the next welterweight champion in 2019.”

Previous articleWatch: The UFC 251 Cold Open will give you goosebumps!
Next articleDeiveson Figueiredo tests Covid-19 positive ahead of rematch against Joseph Benavidez