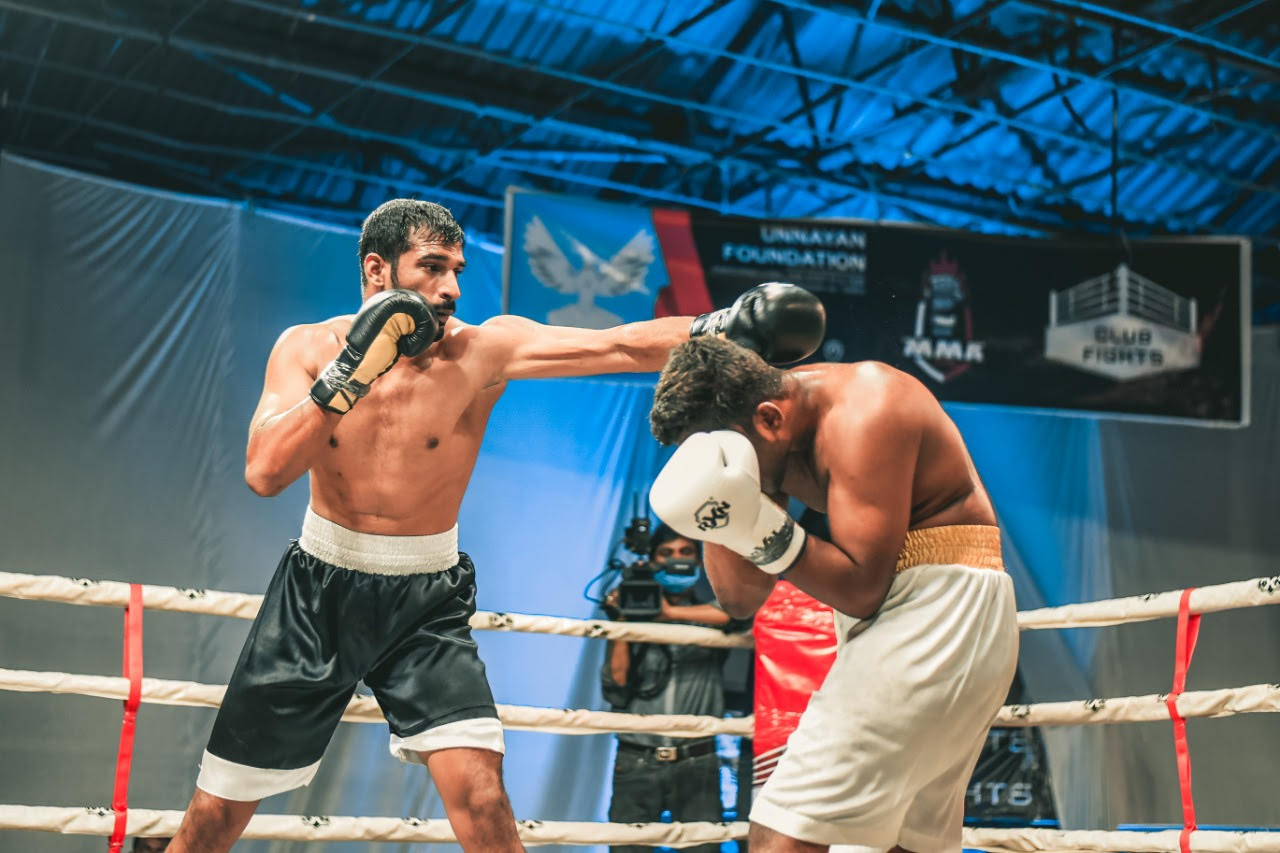 Nithin Mudiraj turned in a masterful performance as he bested Abhinay Kumar. The ringside judges scored the fight 40-36, 40-36 and 40-36.

“It feels good,” said Nithin following his first win of his professional career. “I told you that I would engage more in this fight. I boxed a little but I engaged more to show him that I’m better than him at what he does best. I’m used to dealing with fighting inside the gym, inside the ring. And I got the job done.” 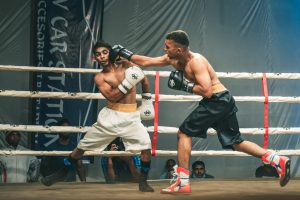 An accidental clash happened in the second round dislocating the shoulder of Mohd Zahed and it ultimately ended Zahed’s fight against Bangaram Sai Kumar in Super Flyweight Division.

The co-main feature and the main event, Clinton David Vs Gudimalle Niraj and Savio Michael VS Vanttedu Vinod ended up to be an impressive draw. 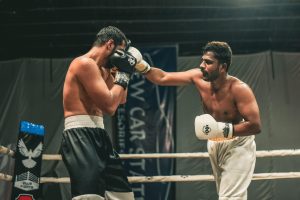 “I was dominant,” said Vinod with a bleeding in the nose. “I wanted to put an exclamation point with this performance. It feels absolutely amazing. It just confirms what I knew in my head, that I have elite power. He’s one of the top fighters in the division so to stand up against him, it means I’m a true threat. “I think a lot of people were sleeping on me and my power. I wasn’t surprised that I stopped him, I didn’t think he’d be able to go the distance with me. I think a lot of the fighters in this division should really be on notice. “It doesn’t matter who I fight next. I’m ready to fight any one. Whether it’s Kundeti Raju or Savio Michael wants to come out again. Any one that’s willing to fight, I’m ready. I’ve got the pen, send the contract.”

“I fought a dirty fighter. He hit me with a dozen, if not more, low blows, eventually damaging my shoulder. – said Mohd Zahed.

The event was promoted by Red Corner Sports Promotions along with Unnayan foundation, MMA India Show, Sportrecs.com and RXN Sports.

Previous articleNate Diaz wants to fight Dustin Poirier: ‘I am training to whoop your A**’
Next articleUFC 257 featuring McGregor and Poirier sold 1.6 Million Pay-per-view buys globally