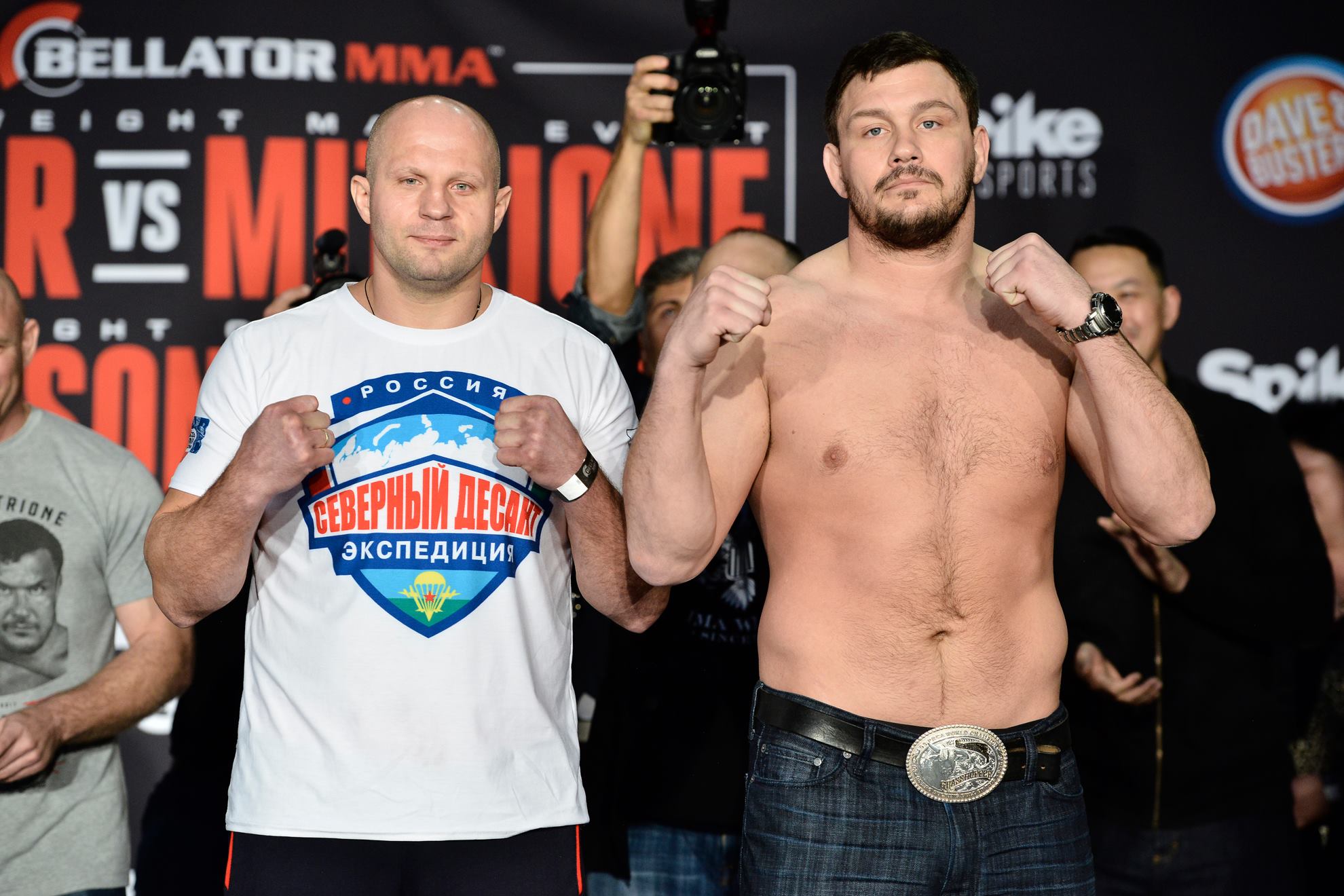 Bellator MMA is trying to do everything possible thing to stand out amongst other fight organizations and in doing so it has recruited some of the top talents in the MMA world like Chael Sonnen, Fedor Emelianenko, Frank Mir, Roy Nelson and many more. Now that Vitaly Minakov is stripped of the title after failing to defend his strap, the heavyweight thrown is left vacant and a new king will be soon crowned.

The latest announcement by Bellator President Scott Coker will attract many UFC fans and other fight fans towards the organization as a new eight man heavyweight tournament has been scheduled for 2018. This tournament is known as Bellator MMA World Grand Prix 2018 and the winner of the big men tournament will become Bellator’s fourth ever heavyweight champion.

Minakov was stripped of the title on May 14, 2016 and ever since there has been no heavyweight champion in Bellator despite the organization signing some of the biggest names of the division. The eight men championship tournament includes Russian MMA Legend Fedor Emelianenko, Former UFC champion Frank Mir, Roy Nelson and Matt Mitrione.

Only one tournament match will be held per night and this tournament will go on throughout the next year with the final match scheduled for December 2018. The date of the first fight is yet to be announced.