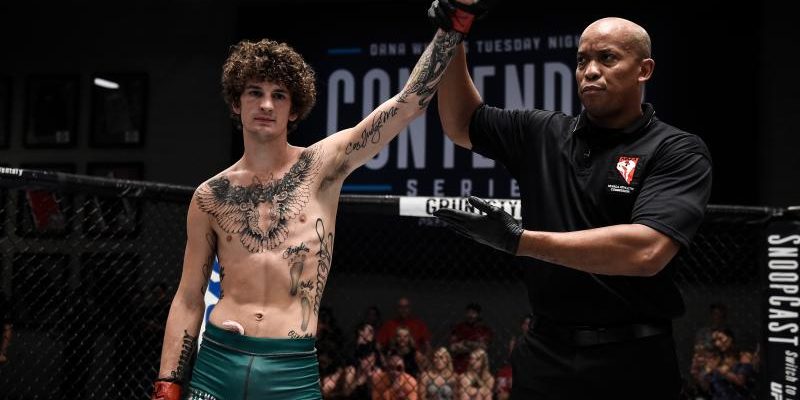 It’s fair to say that UFC 222 had its fair share of exciting moments. However, it also possessed a lot rather weird incidents. One such incident occurred in the main fight card of the event during the bantamweight bout between highly rated prospect ‘Sugar’ Sean O’Malley and Andre Soukhamthath. In the third and final round of their fight, O’Malley looked to have badly injured his right leg, the injury was so bad that ‘Sugar’ wasn’t even able to properly stand on his leg and was constantly hopping on one leg. However, instead of using this to his advantage, Andre instead took his opponent down and unwittingly tried to finish him on the ground. O’Malley’s foot injury looked to be a really bad, freakish one. He has now given an update on his injury.

‘Sugar’ O’Malley dominated the first two rounds of their fight with relative ease. He kept his distance and constantly slammed him with a repertoire of kicks and punches. “The Asian Sensation” also got dropped by a big punch at the end of the second round and was continuously dominated by Sean. After O’Malley hurt his leg in the third round, Soukhamthath unwittingly took him down and tried to finish him. However, his efforts were in a vain and ‘Sugar’ won the fight via unanimous decision

UFC president Dana White had recently given an update on the highly rated prospect’s injury. He had revealed that O’Malley’s foot wasn’t broken. However, the fighter has himself given an injury update now. he recently took to social media and posted a tweet. In the tweet he revealed that he has just had a successful surgery and also provided some other updates as well. Here’s what he tweeted:

Out of surgery . Fucked up and thankful there are people in this world smart enough to be able to cut open my foot and fix me so I can fight again

Out of surgery . Fucked up and thankful there are people in this world smart enough to be able to cut open my foot and fix me so I can fight again . 🙌🏽 #fortnite #ufc