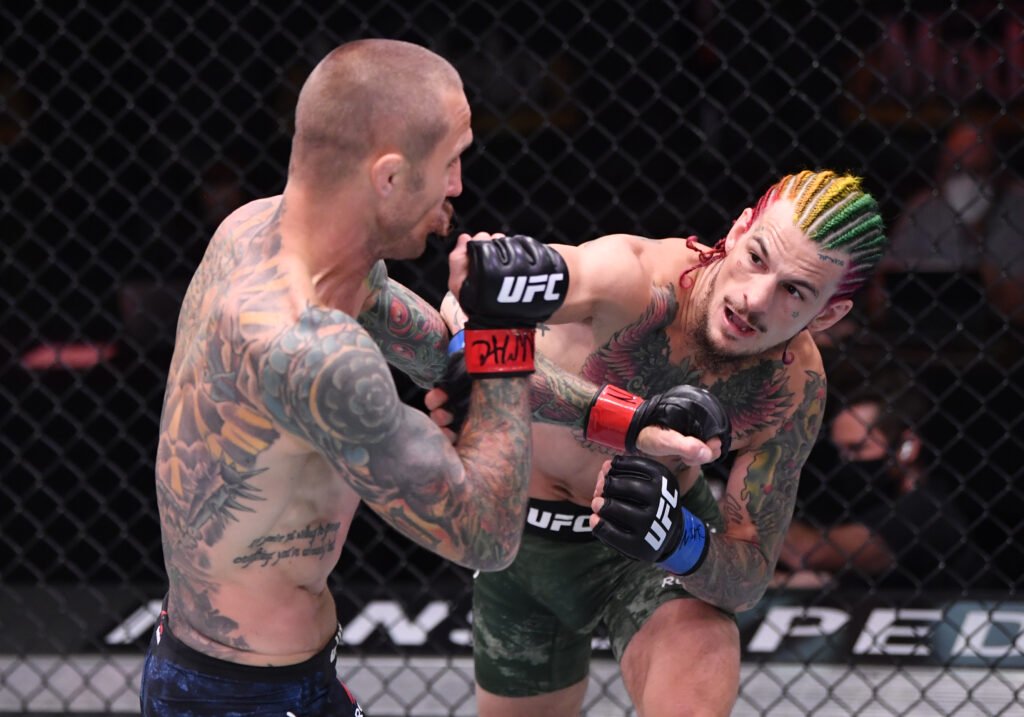 Sean O’Malley is a UFC fighter fighting in the bantamweight division. He’s 5 ft 11 and weighs’s in around 135lbs. He’s one of the most popular prospects in UFC. O’Malley trains at Glendale, Arizona at The MMA Lab led by head trainer John Crouch. 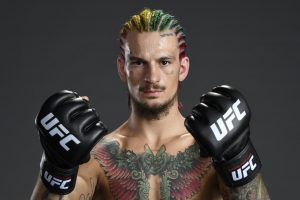 O’Malley was given the nickname “Sugar show” by one of his MMA coaches early on in his career. When Sean asked why this nickname was decided, his coach answered, “Because you’re sweet to watch.” Malley’s made his UFC debut against Terrion Ware on December 1, 2017, at The Ultimate Fighter 26 Finale. O’Malley won the fight via unanimous decision.

Sean O’Malley last fought at UFC 251 he faced former WEC Bantamweight Champion Eddie Wineland and won the fight via knockout in the first round. This win earned him the Performance of the Night.

O’Malley is scheduled to face Marlon Vera on August 15, 2020, at UFC 252. O’Malley was previously going to fight Marlon Vera on July 6, 2019, at UFC 239. But, O’Malley announced his withdrawal from the bout on June 21, 2019, due to a failed test for Ostarine. The Nevada State Athletic Commission decided to suspend him due to the missed test and he was shelved for 6 months by USADA. Nowadays he has twitter battle going on with the former bantamweight king, Cody Garrabrant.

Bantamweight division in UFC has always been that stacked. The division had always been dominated by Dominick Cruz, TJ Dillashaw, and Uriah Faber. But now the division has a lot more heat to offer and one of those names in the division is Sean O’Malley. He has put the division on notice by his recent knockout of Eddie Wineland at UFC 251.

Sean gets huge attention for the ways he carries himself while being away from the fight game. He has lots of t-shirts that get printed based on the dynamic style that he has. The merchandise sale of Sugar Show does a great impact on his personal life and gets him the exposure that raises his stock in the game.

O’Malley is a co-host, with a friend and head coach, Tim Welch, on their podcast, it’s called ‘The Timbo Sugarshow’. Many of his fans around the world follow his show to get an inside look of a fighter’s lifestyle.