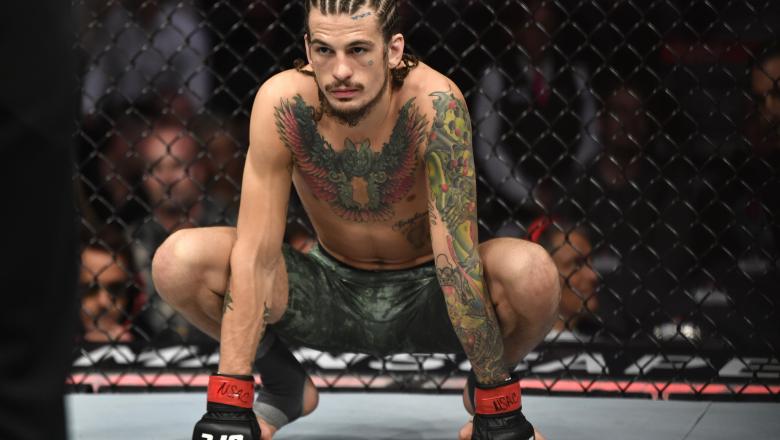 According to Sean O’Malley, Marlon Vera did not want to fight him, but was forced to do so by the UFC. 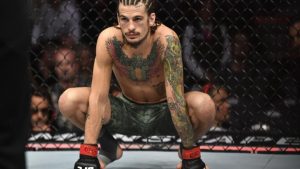 Sean O’Malley (12-0-0) is an upcoming threat to the already stacked Bantamweight division. Eight of his fights have been won by knockout, including his recent win against Eddie Wineland, which was a definite contender for the Knockout of the year, side by side with Cody’s knockout on the same night. He is set to fight Marlon Vera in the co-main event of UFC 252, which is to be headlined by Daniel Cormier and Stipe Miocic 3.

Sean has never been taken seriously by his fellow opponents in the division, who are all of the opinions that he hasn’t fought any big players yet, which is partly true. This will be a big fight for him to be able to call out fighters at the top of the division. After his last fight, he said that he believes he is the greatest striker in the UFC, and it is hard to argue otherwise. However, Sean thinks Marlon did not want to take up the fight.

In an interview with BJ Penn’s Just Scrap Radio, he said “Yeah, I thought it made sense for the UFC, too. They look at his last fight as a win, which gives him six in a row with five finishes and I’m coming off a good win.” He went on to say “So, I thought it was a perfect fight and I figured they’d give me him. I wanted to fight in July. August just happened, I was ready to fight. After the fight if I have no injuries and if the opponent is right, there is no reason to wait. But, they had to force Chito to sign the contract.”

Sean O’Malley acknowledges that Marlon Vera is a definite threat, and is not taking the fight to be a walk in the park. “He is a dangerous opponent and a really good black belt in jiu-jitsu has some TKO wins. A bunch of stoppages and has never been finished so that will be sweet for me to finish him for the first time,” O’Malley said. “It is in the smaller cage so I was thinking that is a disadvantage. But, the more I think about it will be a disadvantage for him. It doesn’t really matter what we fight in. I don’t see him being able to connect any punches or get ahold of me. It won’t be a fun fight for him.”

Despite being considerate about Vera’s Jiu-Jitsu skills, Sean is confident of getting an early knockout, like in his previous matchups.

“Vera is tough and can take some shots and a lot of the fights I was watching he was taking fights on the side of the head or the top, not the chin,” Sean O’Malley said. “I hit people right on the chin. So, yeah I see another first-round knockout. But, I’ll be ready for 15 minutes. I think this will be a sweet fight for me to get a lot of highlights. I think I will be able to bust him up for a little while. If it plays out the way I want it to, I’ll get an early knockout,” he later added

“Chito is a black belt and follows jiu-jitsu, he has to assume my jiu-jitsu is decent. Whatever he assumes my jiu-jitsu is, it is better than that. It is a secret weapon. If he takes a shot on me and it is not a good shot and his head isn’t where it is supposed to be he is getting choked 100 percent,” Sean O’Malley said. “If he does take me down, we will see how that plays out. I’m very confident in my wrestling, my jiu-jitsu, I’m very confident to get back up off my back. Anywhere the fight goes I can get a finish.”


Who do you think will win the fight?

Previous articleImpa Kasangany vs Maki Pitolo set for August 22
Next articleUFC News: Ben Askren opens up about one thing he wishes he did differently in his MMA career