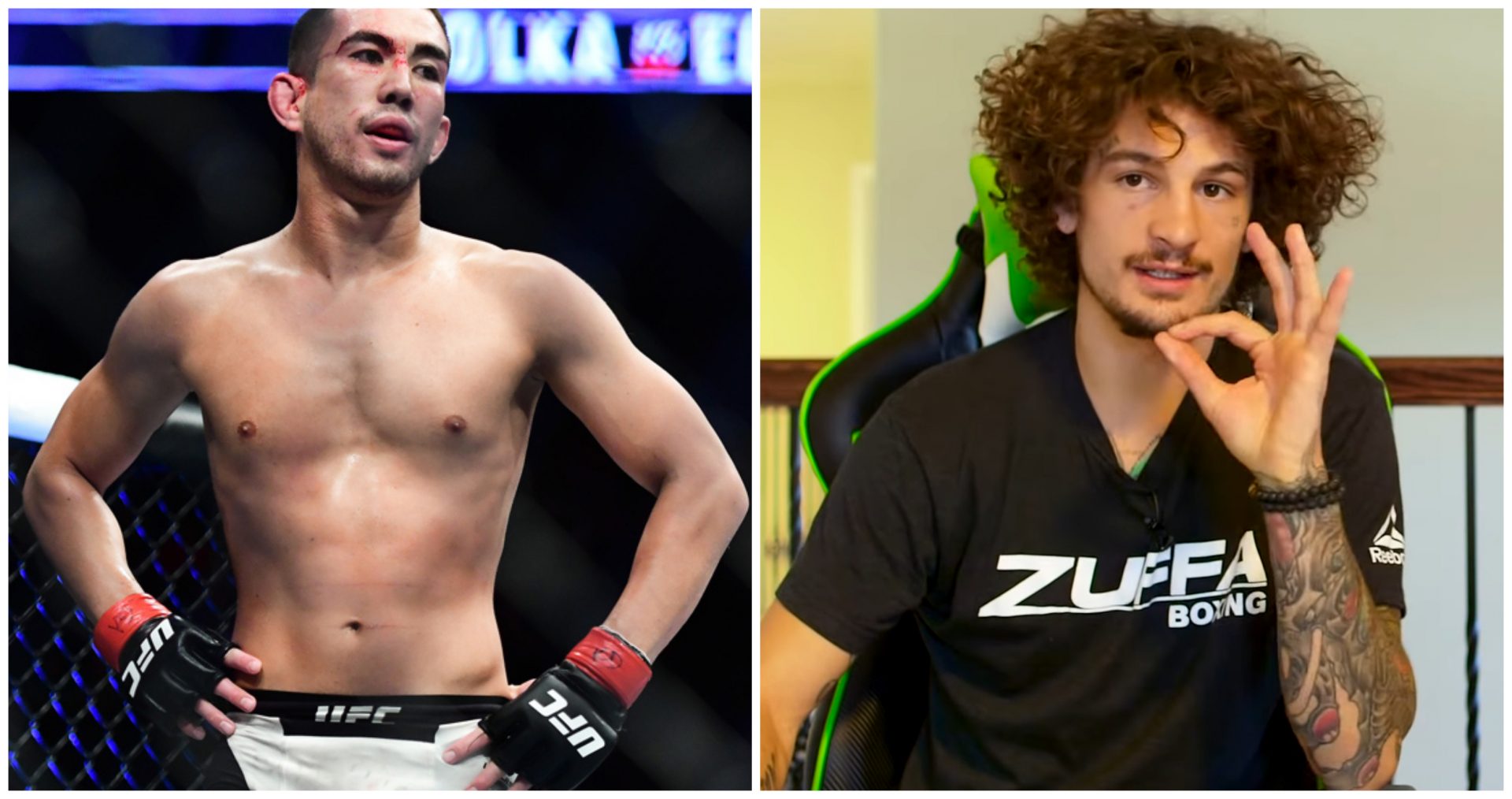 UFC fighter Louis Smolka has pulled out from his UFC 264 fight against fellow Bantamweight Sean O’Malley, and the latter has brought forward a crazy theory behind the decision.

A couple of weeks prior to UFC 264, which will head for the T-Mobile Arena in Las Vegas on 10th July, Smolka backed out from the scheduled fight against O’Malley, citing an ‘undisclosed’ injury, which was later revealed to be a staph infection.

However, “Suga Sean” believes there is more to as why Smolka backed out from the fight, as he believes the infection is not the only reason behind his opponent’s decision.

The 26-year-old, who runs his own YouTube channel, took to the same yesterday and uploaded a video titled “Conspiracy theory on why my opponent pulled out.?!?!?”, where he dropped some interesting revelations regarding Smolka’s manager Jason House, who also manages O’Malley’s teammates Kyler Phillips and Casey Kenney.

O’Malley claimed that House was present at his gym a couple days prior to Smolka pulling out from the fight, and the Hawaiian fighter’s manager was watching O’Malley as he was sparring and looking “really good”.

“Smolka’s manager was at my gym watching me spar the other day, a couple of weeks ago. I was on fire, I was on fire,” O’Malley said in the clip, “He asked Tim and I, respectfully, he said ‘hey, do you mind if I sit and watch.’ I said ‘enjoy the s**t,’ no I didn’t say that I said ‘watch, tell him whatever you want, I don’t care.’ I looked f*****g sharp that day, this is complete conspiracy theory, I looked sharp, I was on f*****g fire.”

As per Sugar, this could very well be the reason why House may have pushed Smolka to back out from the fight.

“Did his manager go ‘hey bud, I love you don’t take this fight I don’t want you to die?’ Might’ve,” the 26 year old went on, “Smolka licking f*****g wresting mats trying to get staph, I don’t even know if that’s how you get staph.”

“I don’t know dude, that’s a conspiracy theory, so maybe that’s what happened, maybe not. I don’t blame the dude,” O’Malley added.

What do you think about Sean O’Malley’s ‘conspiracy theory’ regarding Louis Smolka? Let us know in the comments.

Previous articleGeorges St-Pierre declares his pound-for-pound no.1 fighter in the UFC
Next articleColby Covington gives his prediction for Conor McGregor vs. Dustin Poirier fight at UFC 264