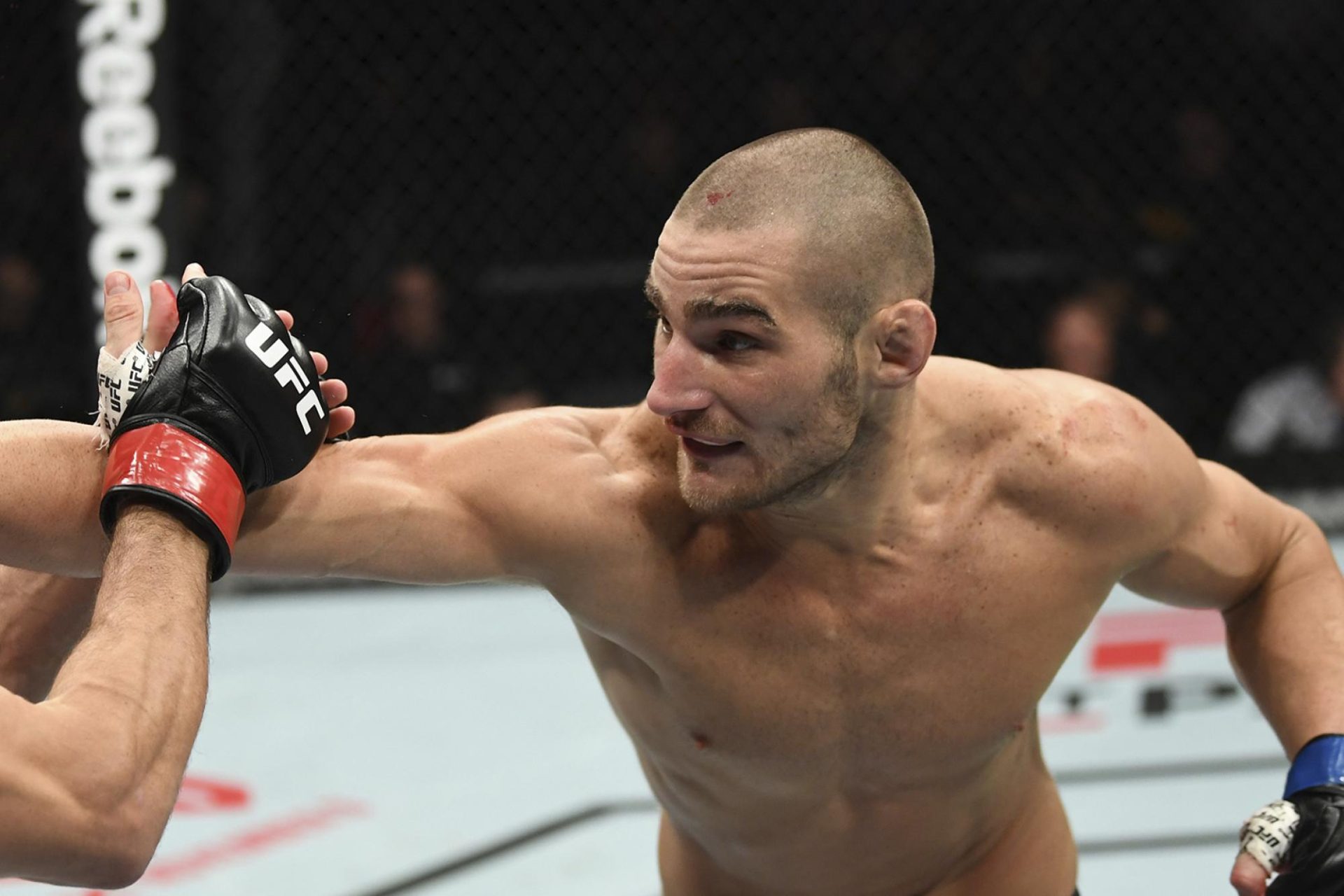 Its not often that people, especially athletes, come up with sharing a dark phase that they have come out of in their past life, but in the case of UFC middleweight star Sean Strickland, he is not afraid of revealing that he was once a neo-nazi, white supremacist who was even kicked out of school for committing hate crimes during his teenage years and during that dark phase of his life, Strickland was not afraid to murder someone because he had been conditioned into the racist ideology by none other than his own grandfather.

There’s no privilege from being racist: Sean Strickland details his troubled past

Sean Strickland, who is on a five fight win streak and is coming off of a unanimous decision win over Uriah Hall at UFC Vegas 33 on 10th July, has been making headlines following the controversial posts he made on social media.

Furthermore, Strickland became the focal point of attention following a video leak prior to UFC Vegas 33, where Strickland, seemingly unhappy with his sparring buddy Orlando Sanchez, and followed up with a spinning back fist and a front kick on Sanchez, along with some verbal scuffle.

When asked about the same on the latest episode of The MMA Hour, Sean Strickland revealed a part of his disturbed childhood and teenage life, when he was being brainwashed into thinking like a neo-Nazi, by none other than his own grandpa.

“I was really f*****g angry I was so angry I actually went through this weird neo-Nazi, white supremacist phase when I was younger and I got kicked out of school for hate crimes, like all this crazy s**t. I was angry and I had a lot of f****d-up influences in my life that it felt so good to f***ing hate something. I would walk down the street with like a knife or a rock hoping to kill somebody. And when I started training I’m like man, you’re just f*****g angry,” said Strickland.

“My grandfather was like this big piece of s**t When you’re a kid you don’t see that, you hero-worship. He kinda just filled your head with crazy s**t. You’re in seventh grade spouting off about Nazis, you don’t even know what the f**k that means. But you hear it from someone you look up to and that identity consumed me. Drawing swastikas walking to school, like I didn’t know what the f**k that was.”

“Later my grandfather died and I kinda resented him for it. When you’re racist, you don’t get ahead in life. You’re f****d, man. There’s no privilege from being racist, so I resented him for a majority of my life.”

While Sean Strickland says he is a polite person when interacting with someone, there were times when he was eager to split someone’s head open over just a normal greeting.

The 30-year-old went on, “I’m really nice when I meet people. If you’ve ever seen me meet somebody, I’m so nice, I’m polite. And I was like changing my tire and this guy walks by me and I’m like, ‘Hey, what’s up? Have a great day.’ And he kind of gave me like a head nod, and as I’m talking to him I’m thinking about taking this f***ing tire iron and f***ing splitting his skull open.”

Even though he has not reached out to medical treatment for his homicidal thoughts, Sean Strickland is positive that the UFC will not be cutting him off because he has not been secretive about his problems.

“And it made me so f***ing mad because here I am, I know what I want and I’m trying to be f***ing nice to you to make up for my thoughts, and you’re a f***ing d**k. It’s like, man, it makes me wish I could have did it. So again, I’m not worried about it, if someone were to cut me for that. How can you cut someone for that?”

Previous article
Khabib Nurmagomedov praises Islam Makhachev: ‘He’s one of the best in the world’
Next article
Jenelyn Olsim Believes Her Wrestling Skills Are Up To Par, Aims To Finish Ritu Phogat