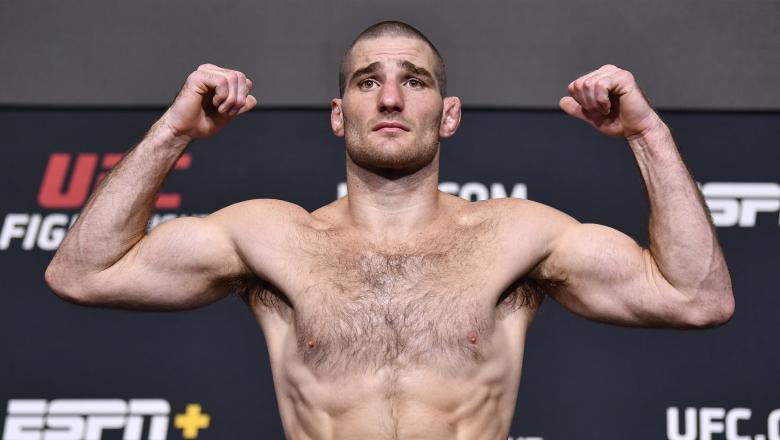 UFC middleweight star Sean Strickland, who is on a five-fight win streak and has remained unbeaten since October 2018, had his UFC 268 fight against former middleweight champion Luke Rockhold scrapped and it was recently revealed that Strickland is in the works to be pitted against Darren Till in March and it was revealed by none other than Till himself. However, Strickland is less interested in facing Till and would rather square off against the two he believes are his ideal opponents- Paulo Costa and Jack Hermansson.

In his latest interview with Michael Bisping on the latter’s Believe You Me podcast, Darren Till revealed that the UFC had offered him a bout against Sean Strickland- currently ranked no 7 in the middleweight rankings, to be featured at a March event.

“There were a few options they threw out to me. One fight I really liked was Sean Strickland. They offered him as well, and I actually said to Sean – because I’ve seen him a few times at the UFC – I said, ‘Sean, if you want to get it on at some point, let’s do it because I think you’re a good fighter, I think it would be a good fight.’ So listen, I’m still fighting the top and that’s how it is,” said Till. [H/T MMAFighting.com]

Strickland, who opened up about his disturbing past back in October, revealed on Twitter that he is not enthusiastic about facing Till and would rather step inside the Octagon against former middleweight contender Paulo Costa, or the former Cage Warriors star Jack Hermansson, who is currently ranked 6th in the UFC.

“Instagram blocked me, joked about a pedophile dying and I guess they didn’t like it lol!!!! Anyways I’m not fighting Darren Till. I want (Paulo) Costa and if Costa can’t put down the wine and cookies I want Jack (Hermansson).” – tweeted Strickland.

Instagram blocked me, joked about a pedophile dying and I guess they didn't like it lol!!!! Anyways I'm not fighting Darren Till. I want Costa and if Costa can't put down the wine and cookies I want Jack.

Do you believe Sean Strickland should fight Paulo Costa or Jack Hermansson rather than Darren Till up next? Let us know in the comments.