See how ripped Mike Tyson looks even at 53! 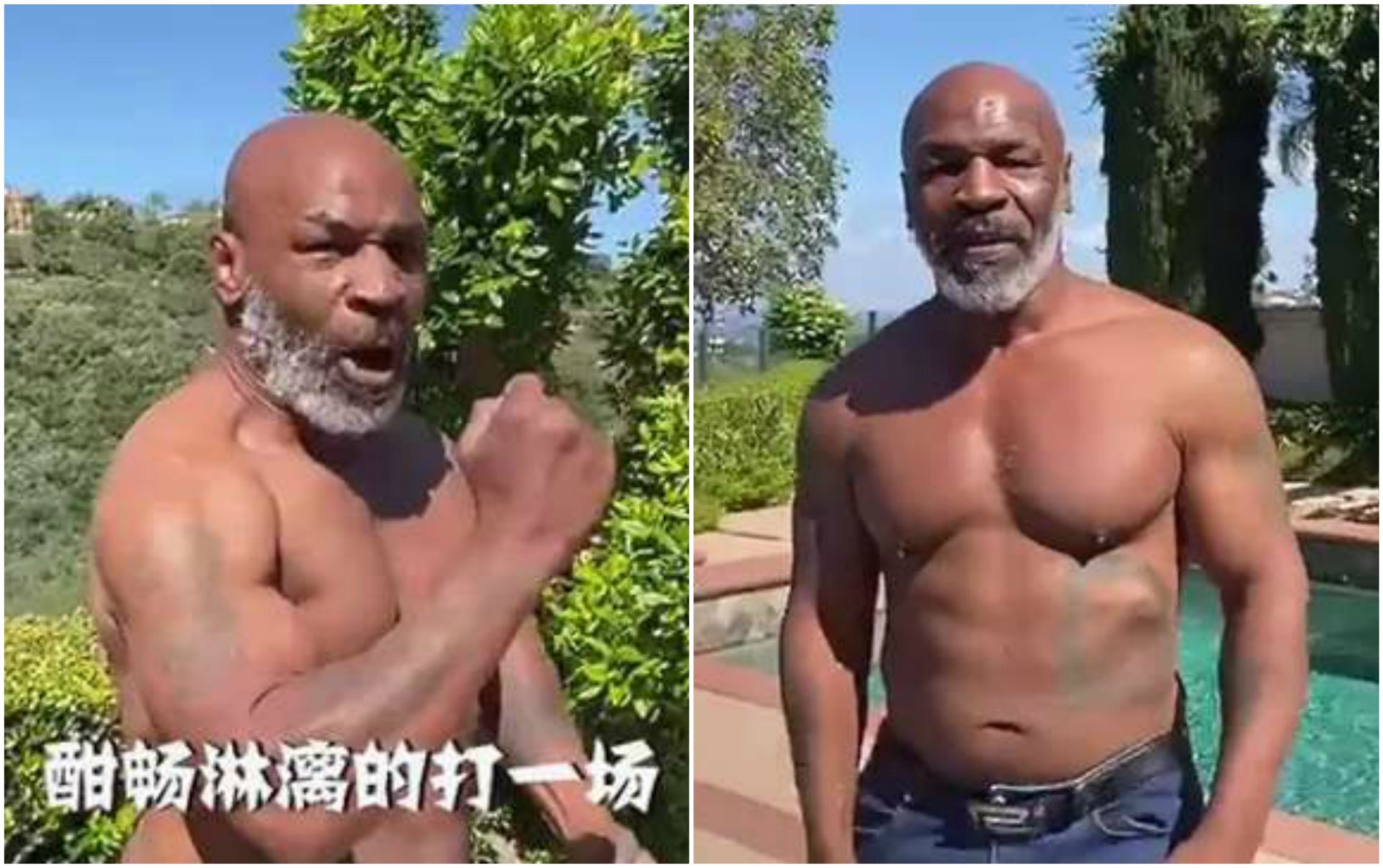 Now the former champion has finally shown in ripped physique and even at 53 years old, he looks jacked. Tyson uploaded the video on the Chinese social media platform Weibo.

He addressed his fans from the region in a video message saying that he might be making his ring return and do so with the spirit of Mao.

“I’ll let you know, there’s a possibility I might come back, but if I do I’m going to fight with the spirit of Mao.”

Former heavyweight champion of the world Shannon Briggs said yesterday on IG live that Tyson has already accepted the offer to fight him in a five-round exhibition charity match.

Mike Tyson is serious about his ring return

“I’ve been working out, I’ve been trying to get in the ring, I think I’m going to box some exhibitions and get in shape,” Tyson said on IG live.

“I want to go to the gym and get in shape to be able to box three or four-round exhibitions for some charities and stuff.

“Then I start my day with the boxing thing, I go in there and hit the mitts, 30 minutes, 25 minutes, start getting in better condition.”

There have been speculations regarding Mike Tyson taking on Evander Holyfield in his return fight. The 57-year old Holyfield is a former undisputed Cruiserweight and heavyweight champion of the world.

In an interview with Daily Mail, Holyfield has stated that he will fight Mike Tyson under strict rules.

“Mike and I talked once about this (the exhibition) and from that point on his people have spoken to my people. We are not at a point where we are at an agreement but there have been conversations.” Holyfield said in an interview with Daily Mail.

“There are some big people from different countries who would like for us to do it. My whole thing is, ‘Yes, if there is a way we can do it, then do it’. Me being me and Mike being who Mike is, I know it could be something big.”

“If it could be worked out then there has to be an understanding that there can be none of this other stuff that happens (with Tyson). Ain’t nobody getting a decision or win or lose or going for knockouts. Exhibition.” (H/T – Daily Mail)

Do you guys want to see Mike Tyson fight inside the ring? Who should he fight in his ring return?