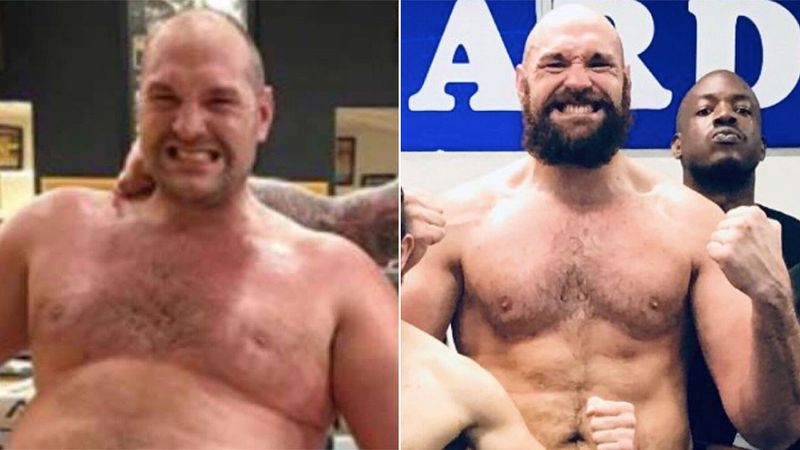 Tyson Fury defeated Deontay Wilder via technical knockout last month in a rematch. The Gypsy King was battering Wilder for the first seven rounds when Wilder’s corner threw in the towel.

It’s nothing sort of miracle as to what Tyson Fury has achieved inside the ring. Just 3 years ago, he was battling depression and was on the verge of suicide. After beating Wladimir Klitschko in 2015 in Germany, Fury’s career took a downward spiral.

Fury turned towards alcoholism and his weight ballooned upwards of 400 pounds. Above all, he was stripped of his heavyweight titles which are now being possed by fellow brit Anthony Joshua.

However, Fury ended his three-year hiatus in 2018, when he defeated Sefer Seferi via UD. He then went on to defeat Francesco Pianeta to ultimately set a heavyweight title clash with Deontay Wilder in December of 2018.

The fight was marred with controversy as the fight ended in a majority draw. However, after this Fury went on to fight twice against the likes of Tom Schwartz and Otto Wallin. Following which the rematch between Fury and Wilder was set.

Tyson Fury took to Instagram to post a picture of his physical transformation throughout the last few years.

“Been an amazing comeback over the last 2 years. Thank you for the support,” Fury posted on Instagram.

The trilogy between Deontay Wilder and Tyson has been set for July 18 at the MGM Grand Arena in Las Vegas. Fury’s promoter Bob Arum confirmed this to the media today.

“We received a letter from Wilder’s team on Friday night, and we agreed with the networks and the hotel that July 18 was the optimal date,” Arum said. “We had a seamless promotion last time with Al Haymon, PBC [Premier Boxing Champions] and Fox. And We look forward to working with them again.”

Arum also hinted that he wants to make the fight in October at the Allegiant Stadium. The newly built stadium is the home of Las Vegas raiders and said that they could take the help of NFL timeline to promote the fight.

“If there was a glorious reason to move the date, and it made financial sense, I don’t think anyone would care if it took place [after July 18],” Arum said. “I don’t blame Wilder for taking the rematch immediately and fighting again by the summer instead of eating himself up and brewing for months about the loss.” (H/T – LA Times)

Previous articleKamaru Usman threatens Jorge Masvidal’s manager and the BMF is not happy about it!
Next articleColby Covington calls out ‘little b**tch’ 50 cent to a fight after UFC 245 comments