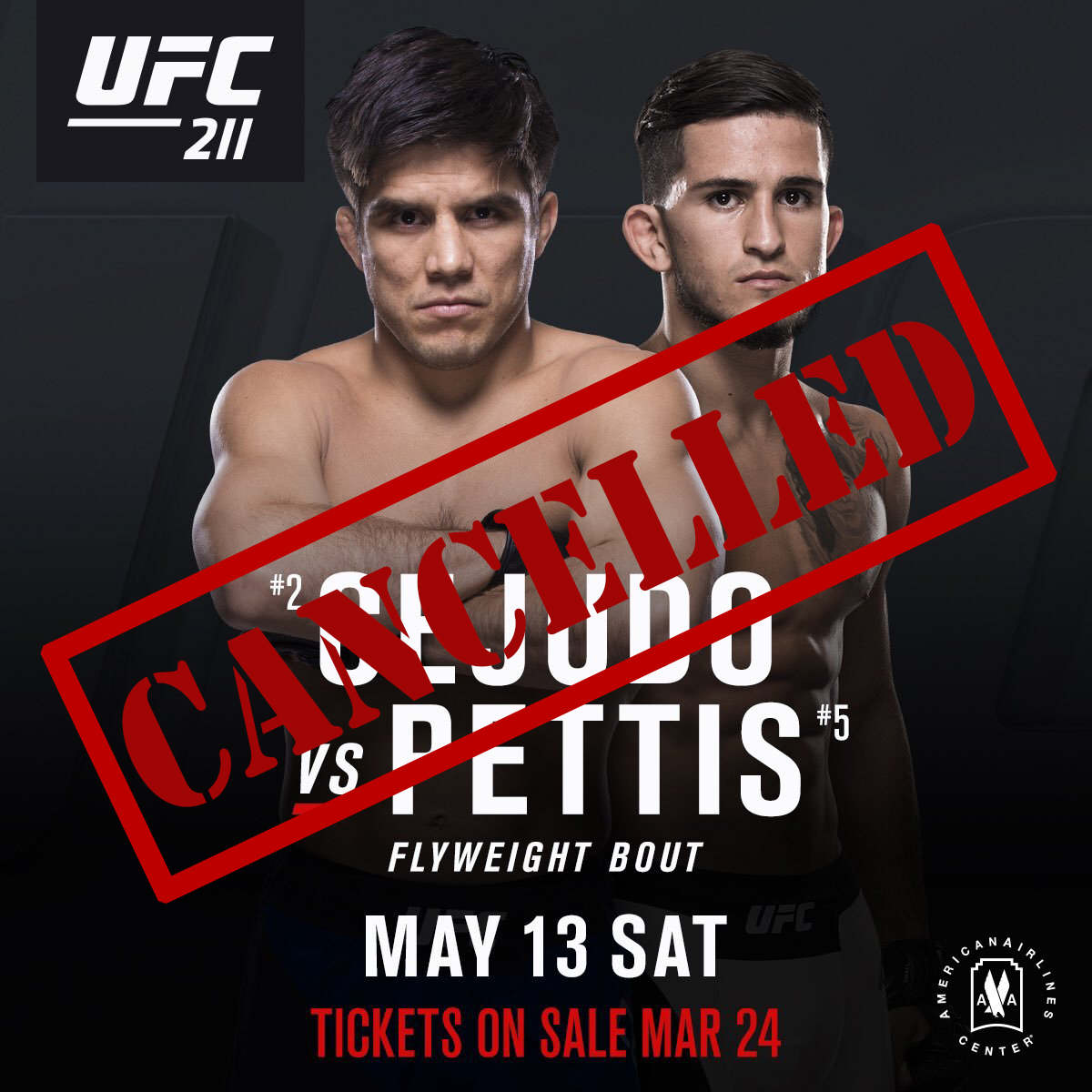 The formerly scheduled main card bout between Sergio Pettis and Henry Cejudo has officially been cancelled after Cejudo revealed a ruptured capsule in his wrist that occurred two weeks ago during sparring sessions.

Pettis on the other hand will receive his Guaranteed amount and does not have to make weight. Pettis said that he was obviously disappointed but does not have any ill feeling towards Cejudo and wished him a speedy recovery.

It is with regret that I have to announce I have had to pull out of my fight with Sergio Pettis this Saturday at UFC 211 due to injury.

I really want to apologize to the fans and to Sergio Pettis for this unfortunate event.

About two weeks ago I injured my hand sparring, and went to the doctor to get it examined after I was unable to grapple or punch. The doctor looked at X-rays and informed me my hand wasn’t broken, so I assumed it was just bruised or sprained. I stopped using my hand for the next week and a half to allow it to rest as much as possible, and I had multiple prp treatments as well as an ultrasound in hopes of breaking up any build up or swelling.

After arriving in Dallas on Tuesday evening, I hit mitts with my striking coach to get my timing down, and after I threw my first punch, a sharp pain shot through my wrist and hand.

My team and I contacted the UFC to see if a cortisone shot would be allowed. The UFC sent me to a hand specialist, and he told me I had a cyst in my wrist as well as a ruptured capsule with the possibility of a tear in the ligament. He informed me the cortisone shot could possibly do more damage than any benefit and told me it would be insane to fight. He contacted the UFC doctors and informed them that my wrist and hand were unfit to fight this Saturday.

I will schedule an appointment with a hand specialist next week and figure out the next course of action.

Thank you and I will be back stronger than ever.

We at MMA India wish Henry Cejudo a speedy recovery and wish to see him better than ever when he returns.