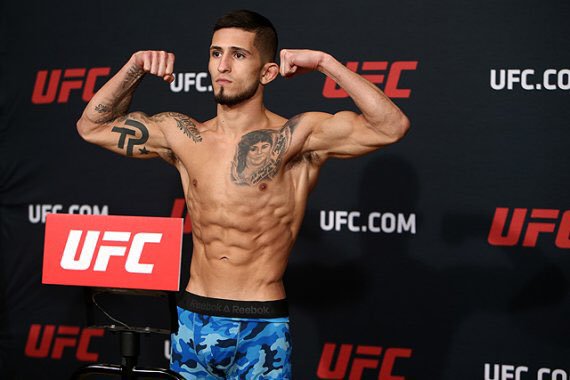 UFC 245 has added yet another exciting fight between bantamweight Sergio Pettis and Kai Kara-France in an already stacked card which is scheduled for later this year on December 14 at the T-Mobile Arena in Las Vegas.

The finalisation of the fight was first reported by the Las Vegas Review-Journal.

New Zealand native Kai Kara-France is coming off of a unanimous decision victory over Mark De La Rosa at UFC Fight Night 157 in Shanghai last month. He is also currently riding on an eight-fight winning streak.

On the other hand, Sergio Pettis broke his two-fight losing streak earlier this month in UFC Mexico when he defeated Tyson Nam via unanimous decision. Another fight which was added to the card was a middleweight clash between Las Vegan Punahele Soriano and  Oskar Piechota.

With the additions to the card, UFC 245 now includes:

Previous articleHolly Holm explains reason behind UFC 243 pull out
Next articleGegard Mousasi vows to retire if he loses against Rafael Lovato Jr. in rematch