Sexual assault charges against Conor McGregor have been dropped by the officials in the city of Bastia on the French island of Corsica.

McGregor was arrested in September of 2020 on allegations of sexual assault and indecent exposure.

McGregor’s team and his manager had issued a statement denying all allegations put out against the former two-division champion. 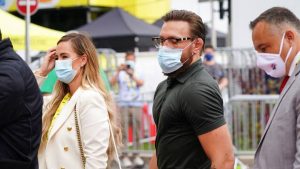 “Conor McGregor vigorously denies any accusations of misconduct,” McGregor’s management said in a statement to TMZ. “He has been interviewed and released.”

“I am irate and putting out a warning loud and clear: McGregor is not and will not be a target for those seeking to score a headline or a payday,”. Auddie Attar, manager of Conor McGregor said.

Now the French officials have informed the Irishmen that they won’t be pressing charges against him. The documents were acquired by TMZ.

“The examination of the present proceedings does not justify any criminal prosecution since:

– “The facts or the circumstances of the facts of the proceedings could not have been clearly established by the investigations.

– “The pieces of evidence are therefore not sufficient for the offense to be constituted and for criminal prosecution to be engaged.”

Conor McGregor is scheduled to fight Dustin Poirier on July 10 at the T-Mobile Arena in Las Vegas at UFC 264.