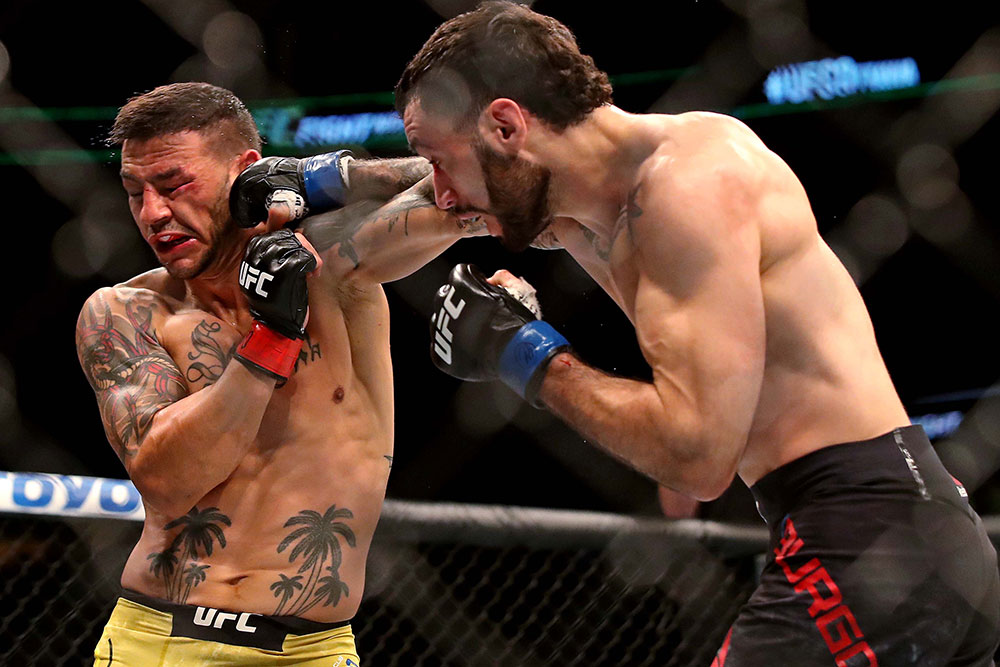 Last Saturday, Shane Burgos did everything in his power to beat Cub Swanson but he couldn’t knock him out and so it went to the judges decision. Though dominant in the fight, his heart kind of stopped when Bruce Buffer announced the judges’ decision.

Burgos (12-1) utilized his reach to overpower Swanson in the department of striking over the course of three rounds in their featured fight. He busted open Swanson’s face, stopped takedowns from happening and had the fan favorite stutter at times when crisp punches struck his head. At the end of 15 minutes, Burgos looked like he wasn’t part of any fight, at the same time Swanson’s face was full of bruises, lumps, and bumps.

But as soon as Buffer read the first judge’s score of 30-27 in favor of Swanson, he was really taken aback by it.

“I felt confident going to the judges, but then the first one said 30-27 for Swanson, that took me off guard,” he said after his win, which came via split decision. “I didn’t even think it was split. Maybe he won the third, but giving him every round is crazy; that’s half my money right there. I’m a little sour about it honestly, took a little away from my win.”