Mauricio ‘Shogun’ Rua is a 38-year-old MMA fighter who is nearing his retirement from the sport that made him a champion. He has given us some phenomenal and historic performances. No one can forget how he lost to Lyoto Machida in 2009 and bounced back in 2010 to defeat him in the first round.

Shogun’s MMA career has been a roller-coaster ride where he was never on a huge winning streak. But he would always make a comeback and show that he still has the fire in him. 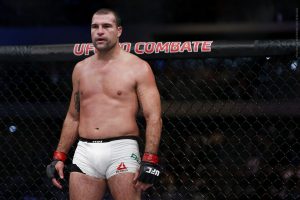 UFC is set to bring some clarity and closure to the rivalry between Rua and Paul Craig after the previous battle between them ended in a draw.

Mauricio Rua vs Craig: A clash of veterans

ESPN’s Ariel Helwani recently reported that the previous UFC light heavyweight champion Mauricio Rua is set to rematch Scottish fighter -Paul Craig at UFC 255 on November 21st. The two previously battled in November 2019 in Brazil, which resulted in a draw. Mauricio Rua has won five out of his last seven battles, and he’s hoping to vindicate one of his non-wins this fall.

Rua (27-11-1) is coming off a victory over Antonio Rogerio Nogueira which took place at UFC Fight Island. He swept the trilogy with a perfect record of 3-0. The 38-year-old’s only defeated since 2015 is the fierce and speedy knockout landed by Anthony Smith. Currently, he is ranked #14 in the light heavyweight division by the UFC.

On the other hand, Craig (13-4-1) who is ranked #15 in the division is on a three-battle unbeaten run, having submitted Gadzhimurad Antigulov and Vinicius Moreira. All of his wins inside the octagon have additionally gotten him a Performance of the Night reward, including his rebounds against Magomed Ankalaev and Kennedy Nzechukwu.

While UFC 255 doesn’t have a venue confirmed, but it will highlight a flyweight title headliner between champion Deiveson Figueiredo and Cody Garbrandt. The co-headliner is a ladies’ flyweight title match for Valentina Shevchenko against Jennifer Maia.

Both men are in very interesting spots in their UFC careers. For Shogun, it appears he’s only a couple of fights away from retirement. Another title run is not likely to happen even though he’s 5-1-1 over the last five years.

For Craig, he needs that signature name that’ll get him back on track. He was once 9-0, but has gone 4-4-1 in his last nine fights. A win over Shogun would be two in a row and would get him closer to the top ten in the division.

Whom do you think will win this rematch ?