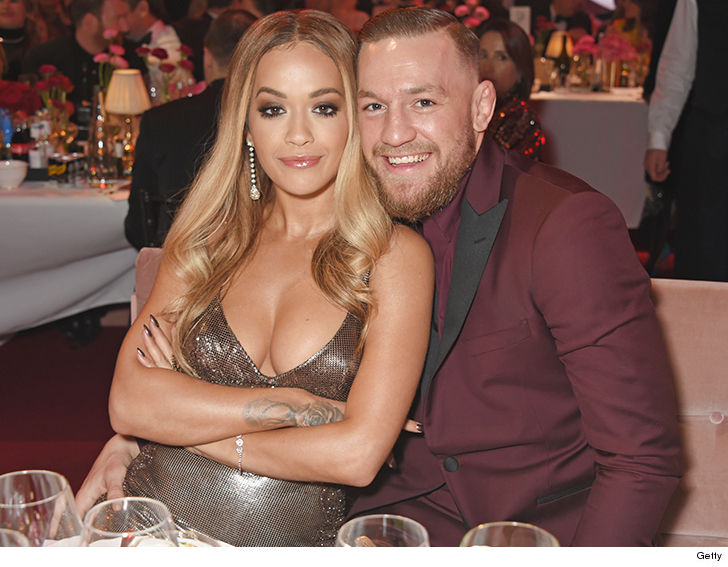 Conor Mcgregor has a knack of staying in the news…either directly or with a little help from some of his friends.

So first of all,here’s the tweet from singer Rita Ora that riled up Conor’s fans.

So it’s the word ‘Date Night’ we guess that got all his fan’s knickers in a twist.

MMA fighter and McGregor’s sparring partner Artem Lobov put out a brutal Twitter post. Replying to Ora’s tweet, in a post which has since been deleted, he wrote: “Sorry Rita, Burgers are nice but not when a man has steak at home.” But from the pictures, it would seem Mcgregor had no problems with burgers as well. 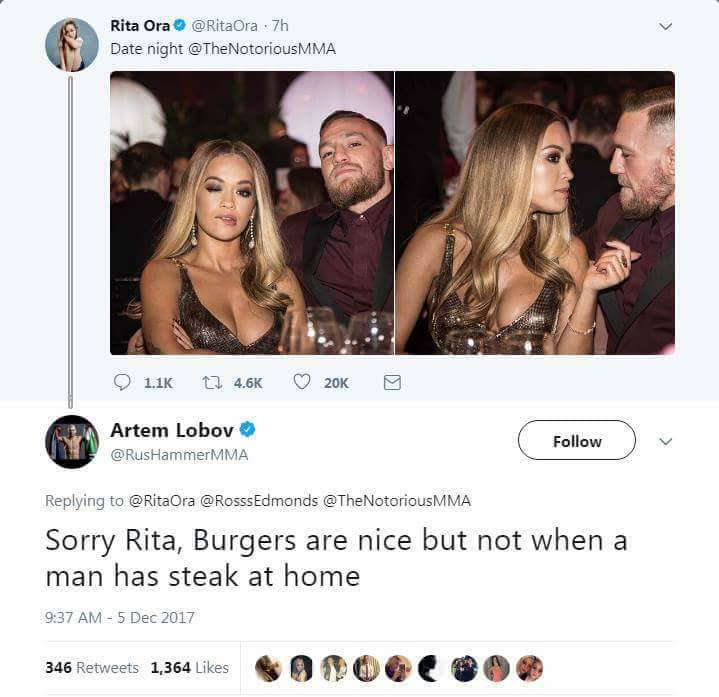 McGregor, 29, has been dating girlfriend Dee Devlin for more than eight years and the pair recently had a baby together, Conor Jack McGregor.

Now this brings us to the question…was this purposely worded to provoke the fans into reacting for PR mileage? It would seem so. And they did seem to get the reaction they were looking for.

McGregor fans were quick to label Ora “disrespectful” for uploading the images of the pair.

One wrote: “major disrespect to his girlfriend”, while another added: “A little too cosy Ms Ora.”

A third agreed, tweeting: “Seriously disrespectful to his partner and mother of his child.”

That look of purely not givin a f**k 😜 what’s goooooooood??? 😘 pic.twitter.com/6rYCXhVIhX

Our comment would be ‘Is it all much ado about nothing?’ 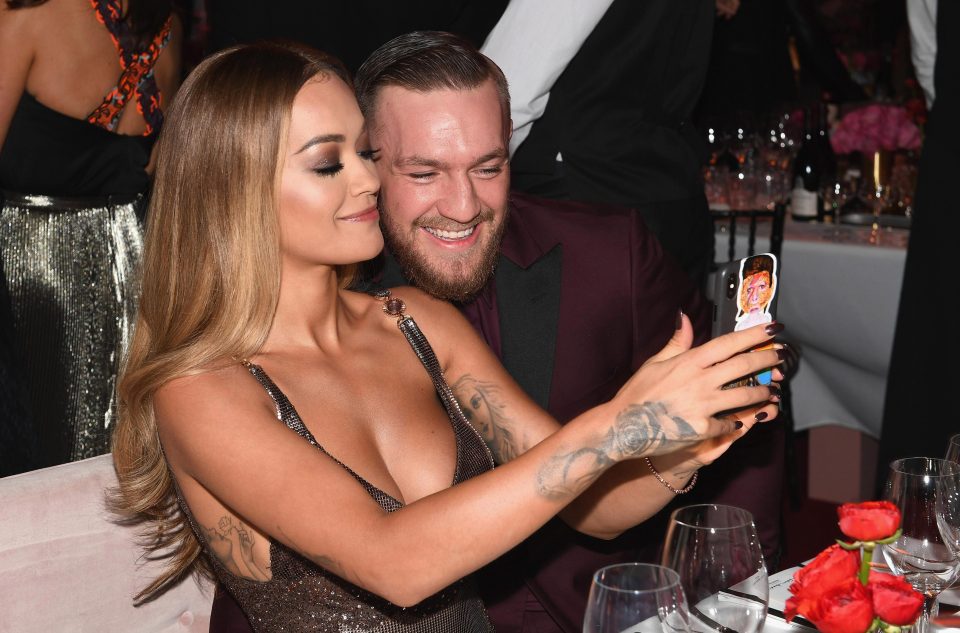 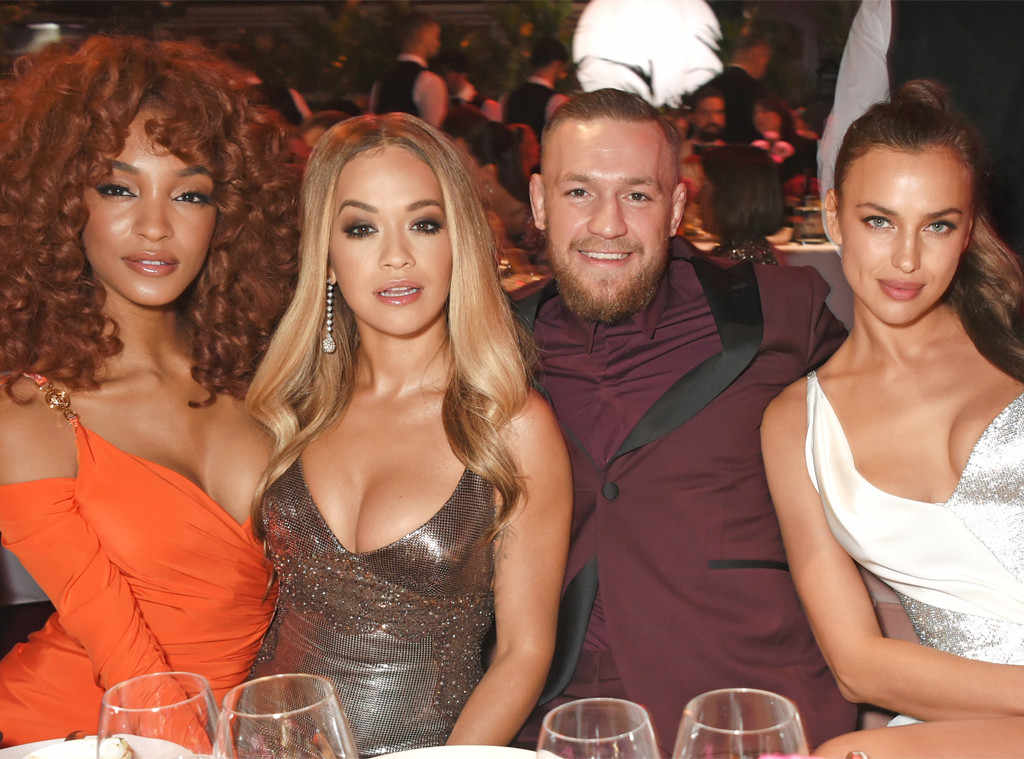 Previous articleFrancis Ngannou fires a barb back at Stipe Miocic
Next articleOne Championship MMA : Warriors of the World