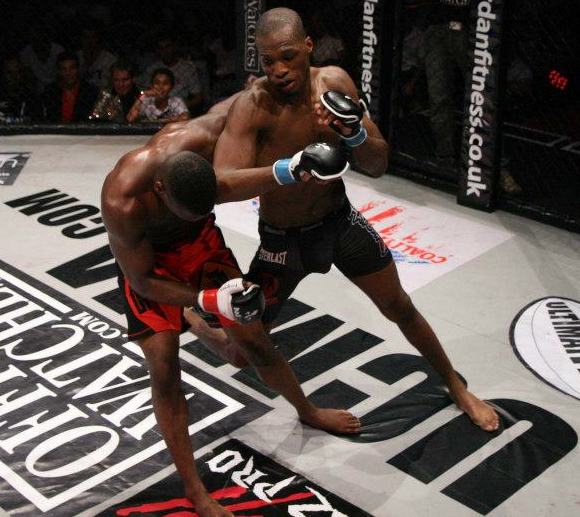 Michael “Venom” Page doing what he does best.

Bellator MMA has confirmed that satellite broadcaster Sky Sports will become the new home of international MMA events for viewers in the U.K. and Ireland in 2019. The deal, labeled “groundbreaking” for MMA in Great Britain and Ireland, will cover at least 20 live international Bellator events, which kick-started with Sky Sports’ recent coverage of the all-British fight between Michael “Venom” Page and Paul Daley. The bout between Page and Daley was billed pre-fight as the biggest in British MMA history, and it did not disappoint.

It was by no means the most skillful of fights, but Page managed to see the grueling fight through, winning via unanimous decision on the judges’ scorecards. The win means that the 31-year-old Page remains unbeaten in professional MMA, which also does wonders to build the profile of the sport in the U.K. Indeed, some reports predict that Page could be only two wins away from having a Bellator belt around his waist. On the flip side, it was a difficult evening for Daley, who has now lost successive bouts. At the age of 35, Bellator belts now look a long way off for him, with Page suggesting that the time is now right for him to retire.

Sky Sports has agreed to a new MMA broadcasting deal with Bellator.

For Bellator and Sky Sports, they hope that Page was “box office” enough to whet the appetite for upcoming Bellator events scheduled to broadcast live on the network in the early hours of Sunday morning. Bellator 217 also broadcasted live from Dublin’s 3Arena on Saturday, February 23rd, with at least 18 more Bellator events due for exposure to the British and Irish audience of MMA fans throughout 2019. Bellator President Scott Coker was “thrilled” to be able to “bring live Bellator events to [their] passionate fan base [in the U.K. and Ireland].” Coker admitted the organization had “worked diligently” to “find the right [television] network” and was confident that Sky Sports would “deliver” for Bellator’s TV viewers.

Meanwhile, Georgie Faulkner, Head of Multi-Sports at Sky Sports, was equally “delighted to be able to partner with Bellator” as the satellite network keenly looks forward to broadcasting “some of the best high-octane fighters in the world” in the coming months. Sky Sports’ commitment to Bellator follows a recent announcement that the U.K.’s free-to-air Channel 5 had agreed to televise at least six U.K. and European Bellator events.

Rival MMA property UFC has long partnered with U.K. and Ireland broadcaster BT Sport. The IMG-owned series has recently confirmed that it extended its relationship with BT Sport into 2019 and beyond, following the collapse of a prospective broadcasting deal with Eleven Sports. However, later, the UFC triggered an exit clause in its initial broadcasting rights contract that it agreed to with Eleven Sports in September 2018. The contract hinged on Eleven Sports securing a carriage deal with a linear broadcaster and talks fell through at the last minute with Virgin Media.

The UFC’s new broadcast deal with BT Sport will remain mostly the same, with the channel getting exclusive rights to all UFC main card events as well as 100 hours of non-live programming. Additionally, the UFC is currently working hard to rebuild its image after the ugly scenes sparked by Conor McGregor and his entourage just months ago. The UFC has even sought new sponsorships in other industries, with PokerStars becoming the brand’s first “Official Poker Partner” with a branded presence in UFC’s Octagon.

However, despite the UFC’s best efforts, there is a growing opinion that Bellator will become a more exciting MMA product. Although Bellator may not be as slick and as glamorous as the UFC, there is a feeling that Bellator is fast becoming a proving ground for those considered past “failures” on the UFC scene. And perhaps more telling, more people recognize that Bellator’s second-tier roster of hungry and determined fighters have more spirit and heart than those on the UFC stage.S