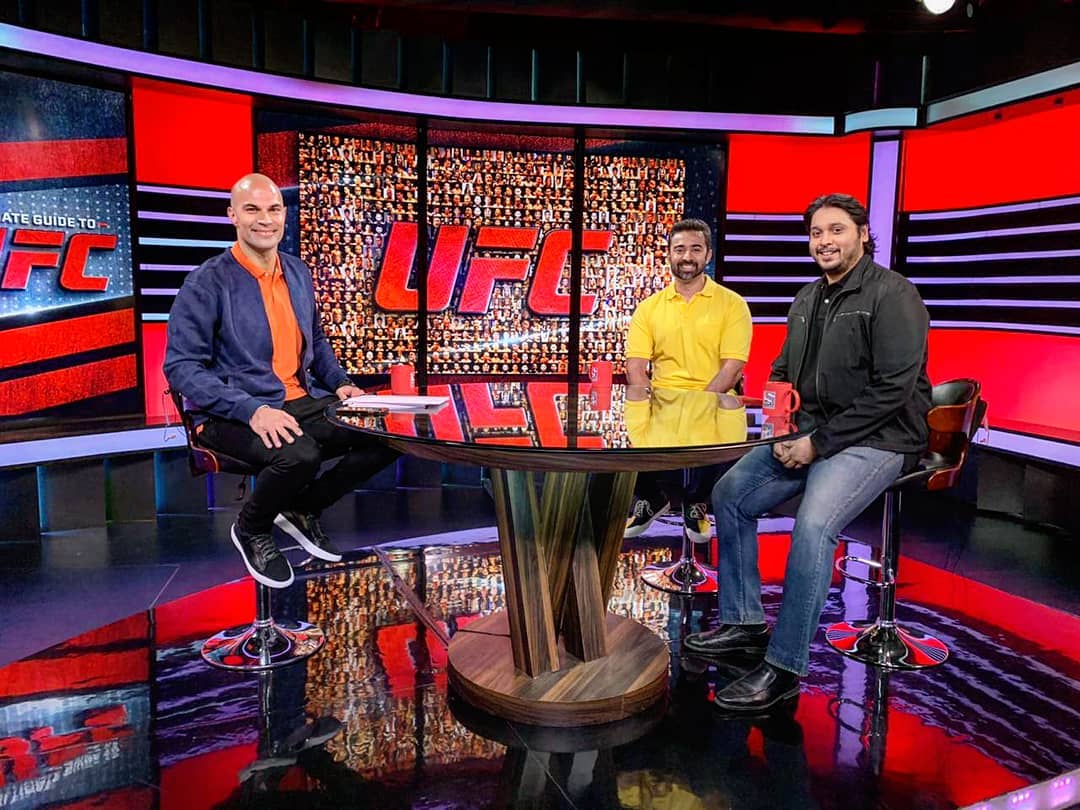 MMA community in India is rapidly growing as they are given a taste of some of the biggest Mixed Martial Arts organisations around the world.

Today, MMA fans in India have the option to watch three of the biggest MMA promotions in the world i.e UFC, Bellator, ONE championship. On the forefront of promoting MMA in India is Sony Sports Network, which has secured a deal to broadcast UFC in India until 2023.

The rights will be exploited on Sony Ten 2 and Sony Ten 2 HD channels, as well as SPN’s streaming service SonyLIV. In 2018 over 100 Million viewers tuned in to watch UFC in India. The commitment displayed by Sony is phenomenal so much so that they have now started Hindi commentary for the UFC for its marquee events which started from UFC 242, which featured UFC lightweight champion Khabib Nurmagomedov’s title defence against Dustin Poirier in Abu Dhabi.

The show provides insight into various techniques, rules and fighting styles of mixed martial arts designed for UFC followers. Arjun Chipalkatti is a prominent member of that roster.

However, he recently took to facebook, where he took out his frustration on fellow Indians for breaking the line in an airport. He used the term ‘dehats’, which is essentially used as a derogatory term for folks living in rural areas and those who aren’t used to the city lifestyles.

“Indians need to learn how to follow a damn line. Year after year, flight after flight, these dehats think they’re above the law,” Arjun Chipalkatti posted on facebook.

“Anybody from North India will not be pleased but extremely offended if you call him a “DEHATI” because this word is invariably used for the persons of lower socio-economic class as “Abuse” not as a simple reference to their rural connection.,” as per Urban dictionary.

There have been many instances in the past when sports broadcasters/commentators/analysts have made racist and derogatory remarks and have had stern actions taken against them. Back in 2006, Ten Sports sacked the former Australia Test batsman turned TV commentator Dean Jones after he called Hashim Amla a ‘terrorist’ on live television during Sri Lanka vs South Africa test match taking place in Colombo.

Last month, leading Italian newspaper Corriere Dello Sport faced widespread criticism after they used a headline “Black Friday” that featured  Roma defender Chris Smalling and Inter Milan striker Romelu Lukaku. Following this, Roma and Milan issued a joint statement stating: “have decided to ban Corriere Dello Sport from our training facilities for the rest of the year and our players will not carry out any media activities with the newspaper during this period.”

In the same month, San Francisco 49ers suspended radio analyst Tim Ryan following his comments about Baltimore Ravens quarterback Lamar Jackson. Ryan said that Jackson has an advantage in faking handoffs because of his “dark skin color with a dark football.”

The point is the Indian constitution allows every citizen to express their opinions, however, it doesn’t protect citizens or in this case a Sony MMA analyst from dealing with the consequences of saying something insensitive or labelling Indians as ‘Dehat’.

What Arjun Chipalkatti said wasn’t wise. He is an MMA analyst for Sony. He has a platform at his disposal to promote the sport of MMA in India and help Indian fans educate about the sport. MMA in India is still in the infancy stage and when an analyst like him makes derogatory statements on social media, it isn’t going to sit well with the fans.

Our society is pretty diverse and millions of fans from small towns tune into Sony Ten2 and Sony Liv every Sunday to watch UFC and if analysts like Arjun don’t even put any effort in maintaining decency on social media platforms than their position in mainstream broadcasting is pretty limited.

Let’s see if he gets fired from the new show for this post since broadcasters very rarely tolerate such behaviour or whether Sony will let it slide.

Previous articleDana White reveals Brock Lesnar vs Fedor Emelianenko is the one fight he regrets not making
Next articleWatch: UFC’s new LIT promo for McGregor vs Cerrone!