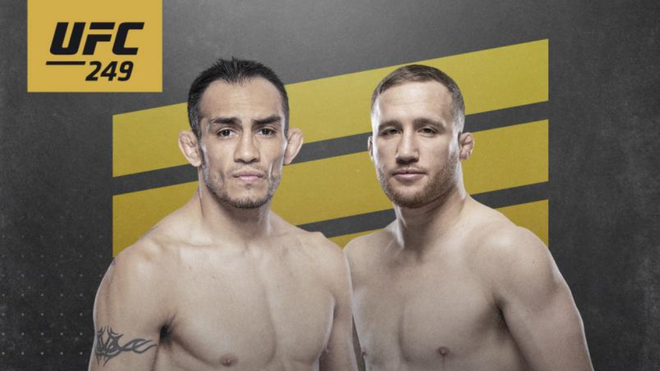 plus Donald Cerrone and others in the Octagon

Sony Pictures Sports Network (SPSN) is all set to return to broadcasting LIVE UFC events this weekend with UFC 249. The event will take place at VyStar Veterans Memorial Arena, Florida and will be aired LIVE and Exclusive in the Indian subcontinent on 10th May 2020 only on Sony Ten 2 and Sony Ten 3 channels from 7.30 am (IST). This will be followed by two more UFC LIVE events, UFC Fight Night: Smith vs Teixeira on 14th May 2020 and UFC Fight Night: Overeem vs Harris on 17th May 2020.

UFC returns this weekend with one of the most stacked cards in recent history and the highly anticipated main event of UFC 249 will feature a fight between #1 ranked lightweight contender Tony Ferguson and #4 ranked Justin Gaethje for the interim lightweight championship. In the co-main event the current UFC bantamweight champion, Henry Cejudo, will fight to defend his title against “The Dominator” Dominick Cruz. The fight card will also feature a heavyweight slugfest between heavy hitters Francis Ngannou and Jairzinho Rozenstruik and also mark the return of fan favorite, Donald Cerrone, as he takes on Anthony Pettis in the welterweight division.

To further engage UFC fans, SPSN will host the LIVE chat ‘Ultimate Guide to UFC 249’ on their official Facebook page @SonySportsIndia and will provide fans with insights after UFC 249 and discuss the upcoming UFC events. The LIVE initiative will have panelists, Somesh Kamra & Arjun Chipalkatti, break down and analyze the fights in detail and take on fan questions on Sunday, 10th May 2020 from 5.00 pm (IST).