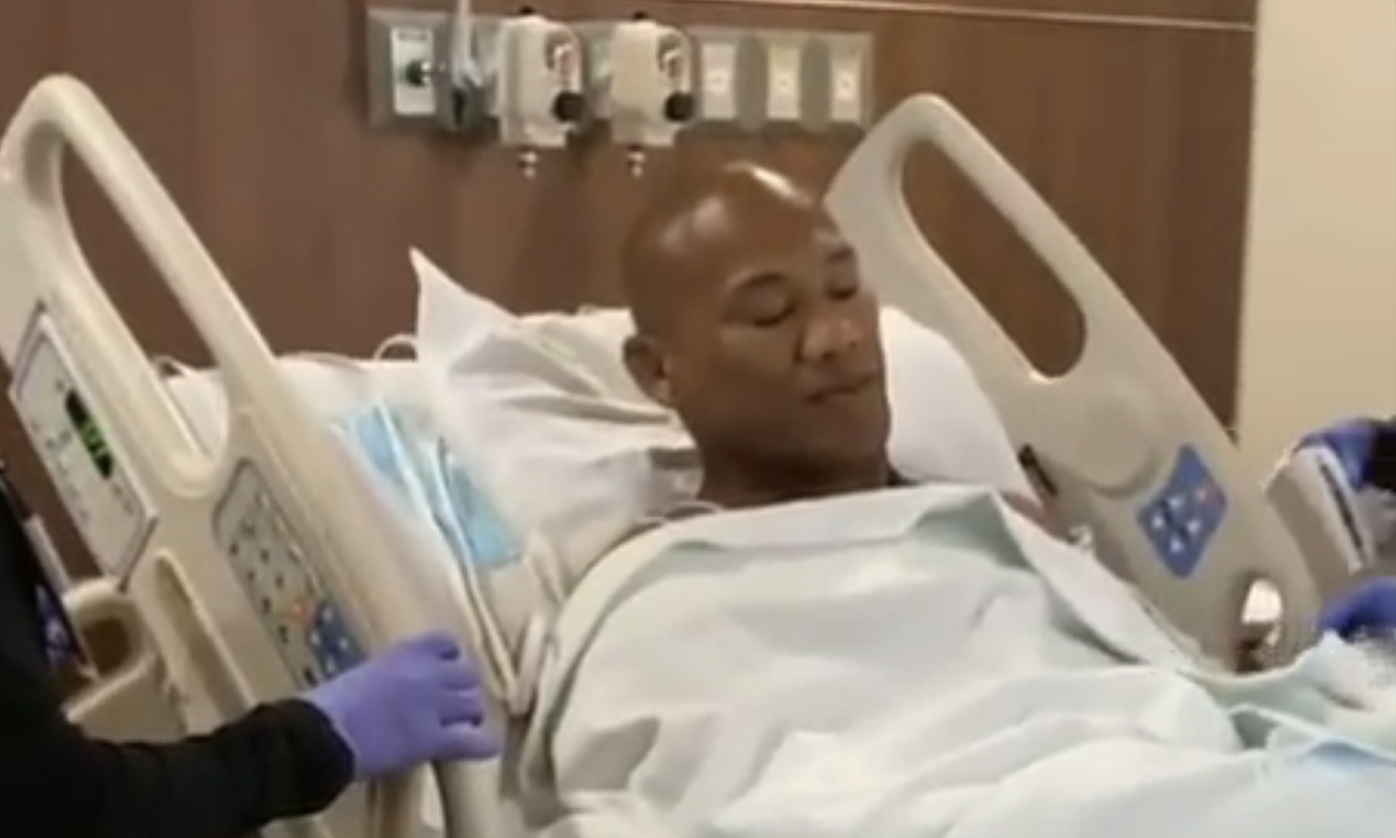 After suffering a gruesome arm injury against André Muniz at UFC 262 last Sunday, Ronaldo Souza has undergone a successful surgery and will be making his recovery by six months.

A legend in the UFC, Souza not only suffered the first submission defeat of his career last Sunday in Houston, but the way his arm snapped when Muniz was holding the Brazilian in an armbar was also one of the most graphic limb fractures in the UFC.

Although the concerns were high following the fight, Souza’s own words despite breaking his arm were positive and prior to the surgery, sent out a heartwarming message to his fanbase that” everything’s going to be fine.”

“Hey what’s up, everybody? I’m at the hospital right now. I broke my arm and I have my surgery tomorrow. Thanks, UFC for all the support, and thanks to everyone for rooting for me. I think everything’s going to be fine, thank you,” a smiling Souza stated.

After the completion of the surgery, Souza followed up with another post on his Instagram with a clip, another reassurance to the MMA community that “Jacaré” has made it through successfully.

“Surgery is done. Thank God Everything is well,” the 41 year old added.

Souza’s fracture will take around six months for recovery, says his doctor

The surgery was performed by Dr Rickson Moraes, who revealed to Marcelo Alonso of Sherdog.com that although the surgery has been successful, it will take around 6 months for Souza to be completely fight ready once again.

“I just did a video call with him and saw the X-ray. The surgery was excellent. They placed two plates to fix the bones. The team that did the surgery will evaluate, but normally that type of fracture takes around six months for a complete recovery,” said Dr. Moraes.

Recalling Chris Weidman, who suffered a broken leg at UFC 261 and on whom he also operated, Dr. Moraes drew similarities with both injuries and insisted that both Weidman and Souza can make complete recoveries from them.

“Both Weidman and Ronaldo have a fracture in the diaphysis of the bone (tibia and humerus). Both cases tend to have excellent returns. The problem is when the break affects articulations. It was not what happened with Ronaldo and Weidman,” he added.