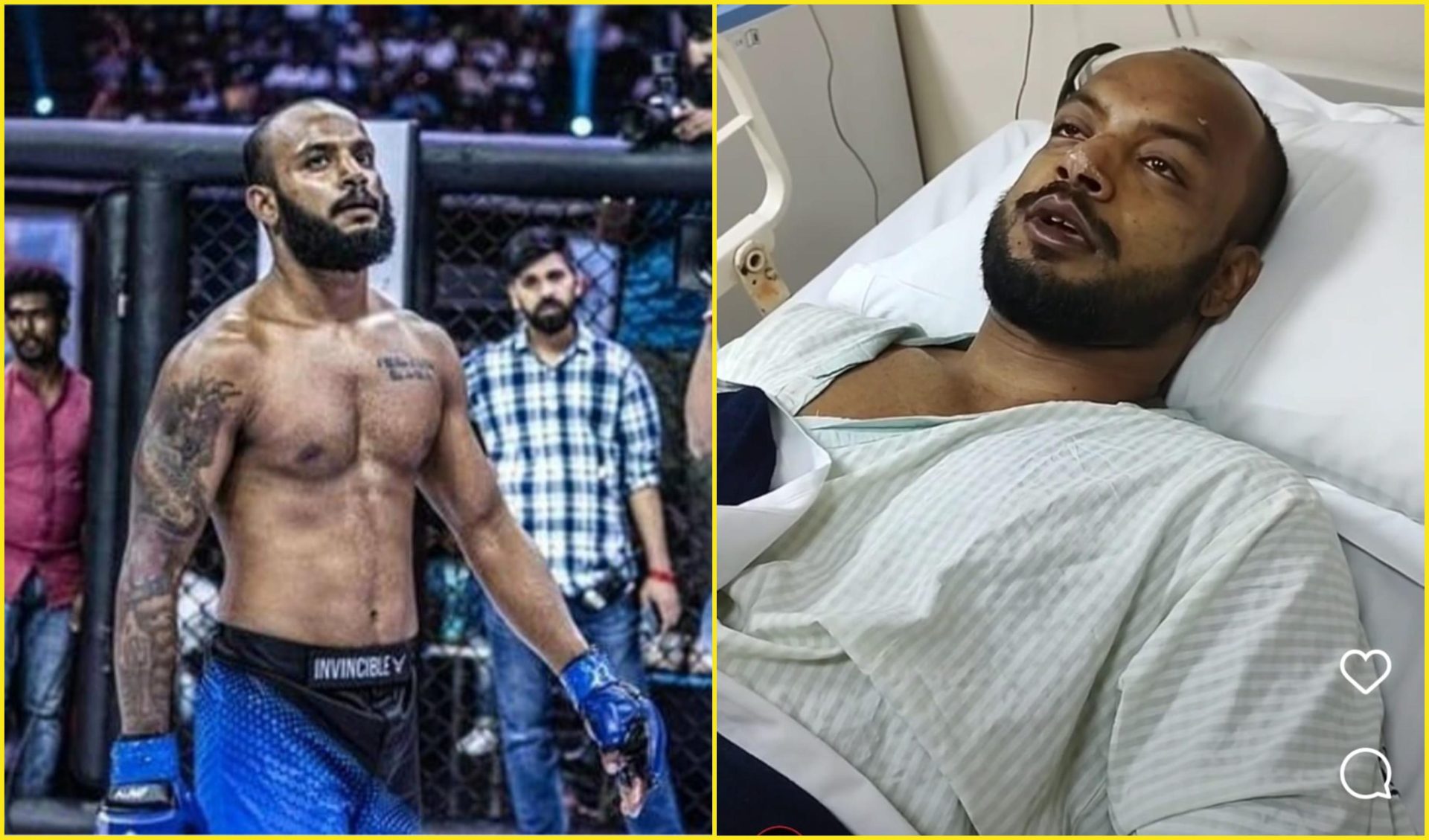 Srikant Sekhar was attacked from behind at the Matrix Fight Night 9 fight card which took place at the Siri Fort stadium in New Delhi last Friday. Srikant Sekhar fought Sumeet Khade in the main card of MFN 9. Srikant Sekhar scored a D’Arce choke submission in Round 1. Following the submission win, he called out Zahoor Shah who had earlier defeated him at MFN 9 and was also fighting Seth Rosario. There were lot of controversy surrounding that fight aswell, but the whole clarification has been given.

However, things took a turn to the worse after the superfight, when Abdul Badakshi sucker punched Srikant Sekhar and the Afghan fans stormed cageside where ‘Captain Crazy’ was present and attacked him along with MFN and the officials from the sanctioning body. 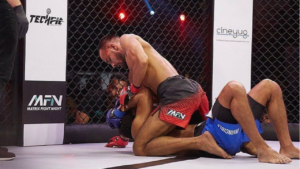 Srikant Sekhar was able to speak to The MMA India Show, where he revealed the details of the whole incident.

“Hey, what’s up guys !!” Srikant Sekhar said from the hospital bed. “The operation was quite successful and I am here to address the facts to all the MMA fans in the country and people who really supported me over the years. MFN 9 was such a great event and we had some great fights, but really some unfortunate event happened and it was not supposed to go the way it went. I was not supposed to be here [Hospital], I was supposed to be out there celebrating after the win, but now I have like a broken jaw, a bleeding ear and five plates to my jaw. I just got over with my operation and I am feeling very emotional about it. Because when I think about it….What is all this for? I don’t understand, I really didn’t deserve this,” Srikant Sekhar said.

“I have been fighting since I was eighteen years old and I never sustained this kind of injury because in an actual fight, you’re ready for the throws, you’re ready for the kicks, but in the street, you’re not ready for someone sucker punching you and someone punching you from the back. I absolutely love the sport of MMA, I absolutely love the brotherhood, I absolutely love the training and the hardwork we put into it. But this is how things are, when things go wrong. I don’t know what to do from here and these plates…..It could have been career ending, it has pulled me back couple of years. I am not happy about it, but at the end of the day, I am a fighter and I will fight through this. I will train, I will make my million bucks, I will go fight the big names and I will be back in no time. I absolutely love the sport and sport has my heart and all you Indian MMA fans, you have my heart,” Srikant Sekhar said in a video.

There are videos circulating on Social Media that show the Afgan fans running after Srikant Sekhar from the venue and he was then taken into police protection. However, the Afghan mob attacked the police vehicle as well.

Why was Srikant Sekhar attacked by the mob?

According to Afghan fans present in the venue, the whole fiasco started because Srikant Sekhar had called out Afghan MMA fighter Zahoor Shah following the submission win over Sumeet Khade. He had dropped the F-bomb multiple times while calling out the Afghan fighter.