Srisaket Sor Rungvisai on Manny Pacquiao: ‘He is my hero’ 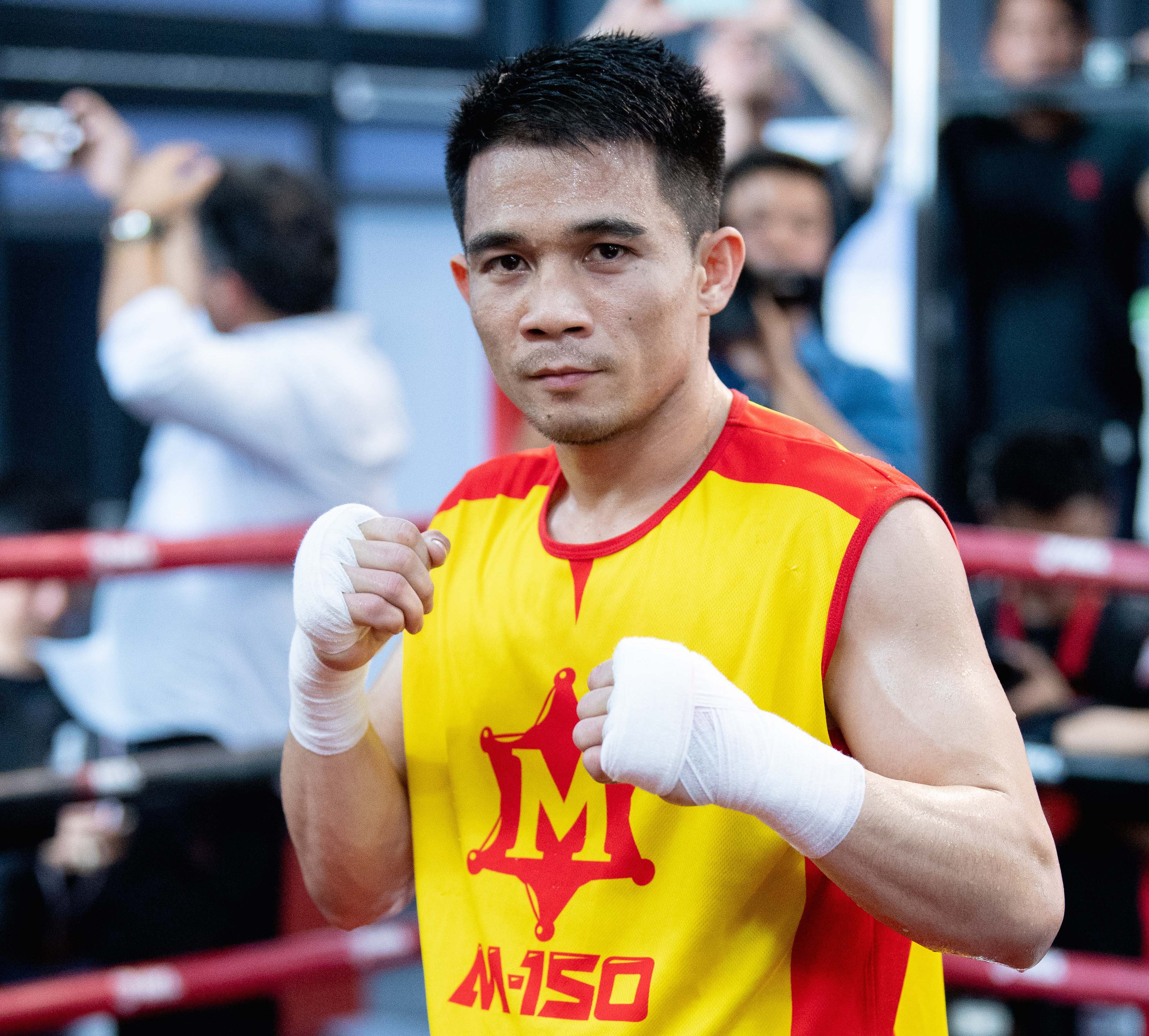 3 September 2018 – Bangkok, Thailand ; It is instinctive for people to look for someone to idolize, look up to and imitate. Someone from whom they draw strength and inspiration from, to go on with their lives towards where they want to go and what they want to be.

This is the reason why people look up to the rich and famous, brilliant celebrities who grace the celluloid movie screens, remarkable athletes who have made names and millions, wealthy business tycoons, and the list goes on and on.

While plotting his transition from Muay Thai to boxing in 2009, reigning WBC Super Flyweight World Champion Srisaket Sor Rungvisai never had to look too far for inspiration when he started to learn the ropes of pugilism.

Sor Rungvisai admitted that he admires Filipino superstar Manny Pacquiao, who is the sport’s only eight-division world champion and was long rated as the best pound-for-pound boxer in the world by most sporting news outfits and boxing websites.

“Manny Pacquiao is my hero. He is my idol. It’s always a treat to watch him fight in the ring. Obviously, we’re both southpaws. Other than that, I respect him for what he has done for his family through boxing,” he shared.

Pacquiao and Sor Rungvisai have striking similarities as both men had tough beginnings with barely anything to start out with—from penniless homes to underprivileged surroundings.

The proud son of General Santos City, Philippines grew up with his family in a shanty area of the town, sleeping on cardboard boxes, buying doughnuts and then selling them for a penny more to eke out a living.

At 12 years old, Pacquiao ran away from home, living on the streets of Manila while working as a gardener and a construction worker.

Meanwhile, Sor Rungvisai left his hometown of Sisaket at the age of 13 to look for odd jobs in Thailand’s capital of Bangkok.

Sor Rungvisai initially worked as a security guard, but when the money was not enough to buy food, he searched for leftover food from the trash that he collected at a nearby department store.

In order to support their own families, Pacquiao and Sor Rungvisai dabbled into boxing, seeing it as their only escape from poverty.

Squeezing through the eye of a needle to survive, Pacquiao and Sor Rungvisai conquered difficult odds and established themselves among the best and the brightest athletes of professional boxing.

Despite their respective successes inside the ring, Pacquiao and Sor Rungvisai remained humble as the two highly-decorated pugilists preferred not to scowl and flaunt what they have achieved.

“It’s important to be humble. I’ve been trying to follow him (Pacquiao) by learning great things from him, not only inside the ring but also outside the squared-circle. He has impressed me in many ways,” Sor Rungvisai disclosed.

As Pacquiao’s inevitable exit from boxing looms, it appears that his successor will be in the person of Sor Rungvisai as the Thai’s international popularity widens akin to the Filipino’s meteoric rise to fame in the early 2000’s.

Should Pacquiao pass the baton to the celebrated Thai slugger as the next standard bearer of the Asian boxing scene, Sor Rungvisai assured that he is up to the responsibility.

“It’s truly an honor to be recognized around the globe. I am ready to be at my best and represent Asia the best I can,” he declared.

Sor Rungvisai returns to action on October 6, putting his WBC Super Flyweight World Championship on the line against Mexican challenger Iran “MagnifiKO” Diaz in the main event of ONE: KINGDOM OF HEROES.

“I am honored to be in this position, and I know millions of fans will be watching, which is why I have to give my best performance,” he said. “I can’t wait to climb into the ring again and showcase my talent in front of the whole world.”