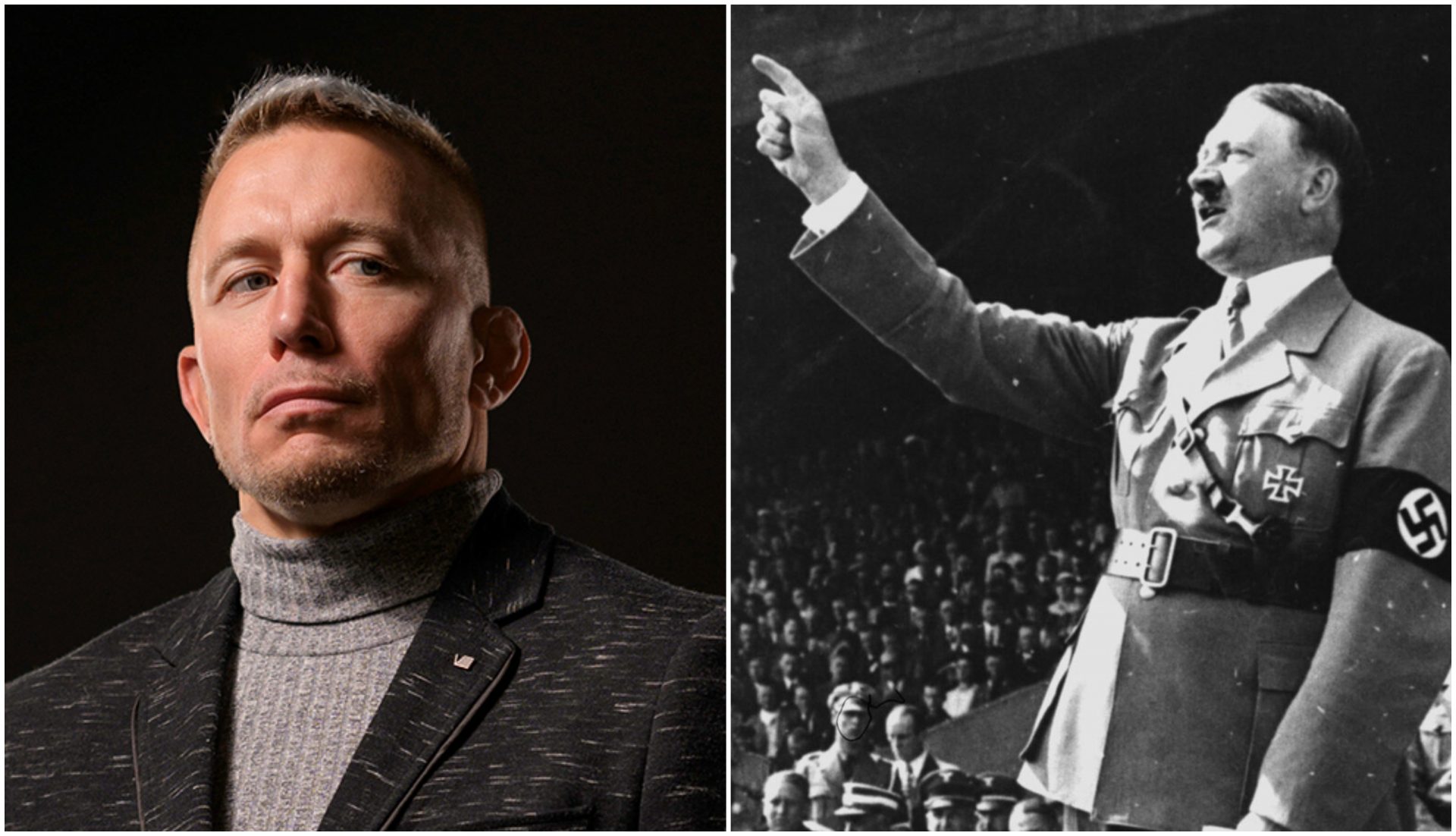 Georges St-Pierre may not have his dream of making debut as a boxer come to reality as of yet, but the UFC legend has already revealed another dream of his- to trade blows with none other than Adolf Hitler.

One of the most ruthless and cruel dictators in human history, Hitler has been brought forward as the ultimate source of evil in a number of media such as movies and video games and its no wonder that when it comes to the world of combat sports, brutally smashing the Nazi leader sounds mouth-watering as ever.

Georges St-Pierre rides on the same wave. In a recent live session on Instagram with Adam Catterall for the Arnold Sports Festival UK, the former UFC welterweight and middleweight champion revealed his desire to have a fight against Hitler.

After a question from an Instagram user regarding who GSP would pick as a dream opponent, the Canadian MMA icon wasted no time in picking the German dictator, and in his sense of justice, to avenge the millions of lives that Hitler took.

“I think I would someone like Adolf Hitler, someone I could beat the hell out of. He did a lot of evil things. I can take revenge on a lot of people for what he did,” said St-Pierre.

ALSO READ: Georges St-Pierre declares his pound-for-pound no.1 fighter in the UFC

Unless science advances to the point where time travel is possible, St-Pierre vs Hitler is not a fight card that we will ever get to see, but its assuring that one of the greatest combat sports icons of all time wants to beat down on one of the most evil men of all time.

A former two division champion in the UFC and having won titles in both welterweight and middleweight divisions, St-Pierre was last seen in action against Michael Bisping at UFC 217 on 4th November 2017, which was his debut as a middleweight fighter and in the same bout, GSP won the UFC middleweight title and retired as the same before vacating it.

St-Pierre wanted to make his debut in the squared circle against former six division world champion Oscar De La Hoya, but due to still being under the UFC’s contract, he is unable to step inside the boxing ring yet.

Previous articleJake Paul says he fought Tyron Woodley with an Elbow injury
Next articleLeave the sexism in the Dagestani mountains: Russian boxer Angelina Semenova lashes out at Khabib over ring girl comments