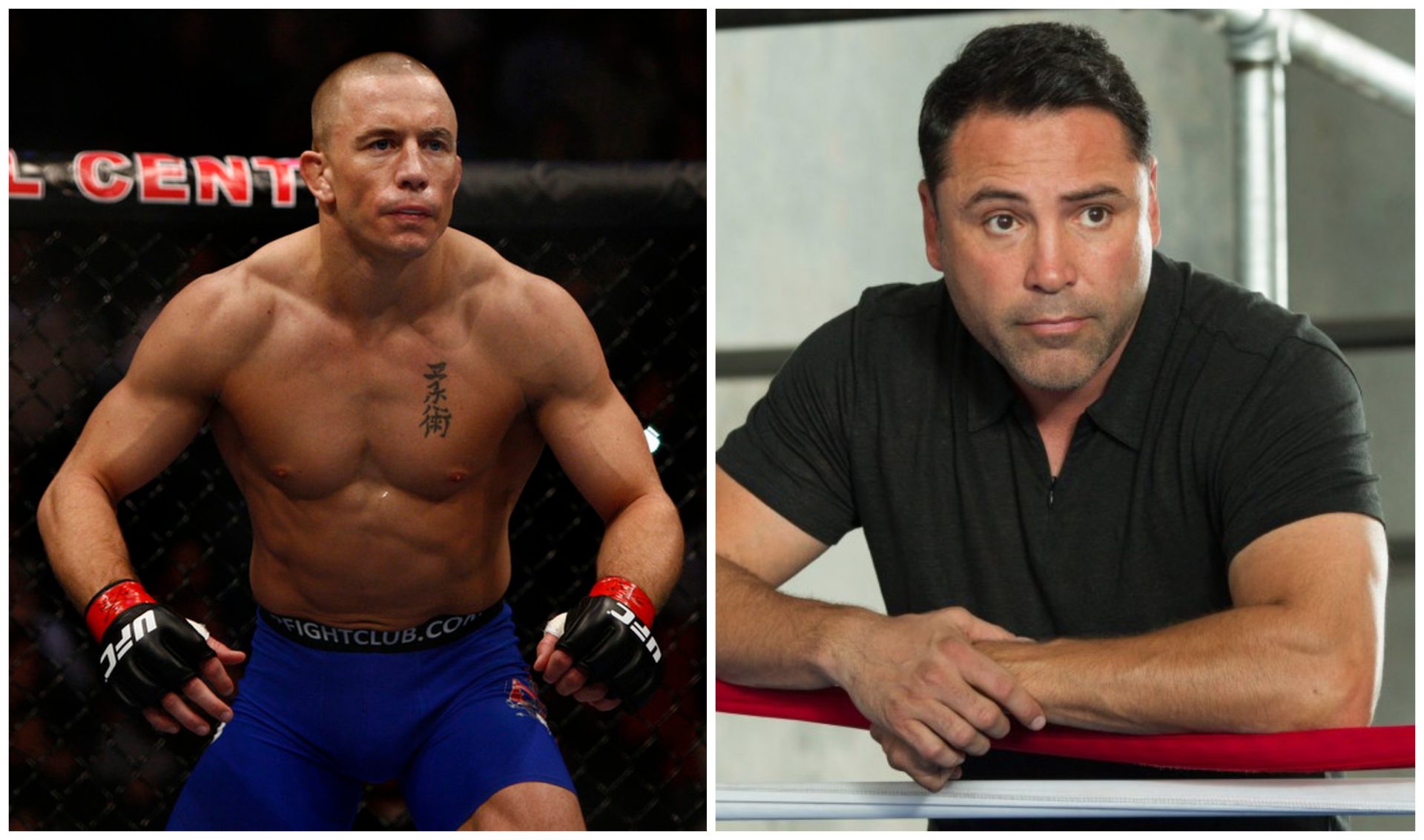 Former UFC stalwart and one of the greatest mixed martial artists of all time, Georges St-Pierre was on the verge of making a return to combat sports this year, but with donning the boxing gloves.

A former two division champion in the UFC and having won titles in both welterweight and middleweight divisions, St-Pierre was last seen in action against Michael Bisping at UFC 217 on 4th November 2017, which was his debut as a middleweight fighter and in the same bout, GSP won the UFC middleweight title and retired as the same before vacating it.

On the other hand, Oscar De La Hoya, a former 10-time world champion across six weight divisions, held the WBC, WBO and IBF titles during his prime, is aiming to make a comeback to the sport after 12 years since he was last seen in action back on 6th December 2008 when he was defeated by Manny Pacquiao at the MGM Grand Garden Arena in Paradise, Nevada.

The Golden Boy CEO’s comeback to the squared circle has received financial backing by Triller, who also made an effort to make GSP the comeback opponent for De La Hoya.

Even though St-Pierre is no longer fighting, the Canadian is still under the contract of the UFC and will require permission from president Dana White to compete outside the Octagon. Unfortunately, White has thumbed down St-Pierre’s fight against De La Hoya, which essentially makes the bout impossible.

Nonetheless, St-Pierre opened up about some of the rules that were set for the fight, that were considerate about the two men in their 40s slated to return to action and to make it much safer for both of them.

“The problem with UFC, it’s a really serious sport that you can be really badly damaged,” St-Pierre said in an interview with MMA Joe, “in boxing there are ways of tweaking it. For example, I was offered to have a fight with Oscar De La Hoya, but the rules were different because we were both retired.”

“It would’ve been bigger gloves, two-minute rounds, eight rounds. So the terms were different to accommodate, to make it more like a show,” the 40-year-old went on, “it’s less dangerous. Part of the profit, part of our purses would have been given to a charity. Unfortunately it did not happen, but it would have been fun.”

“It’s a different form of entertainment, and with boxing you can tweak it like this — you can change the gloves — in MMA you can’t really do that,” added GSP.