Stacked line-up for KHK World Championships has been announced 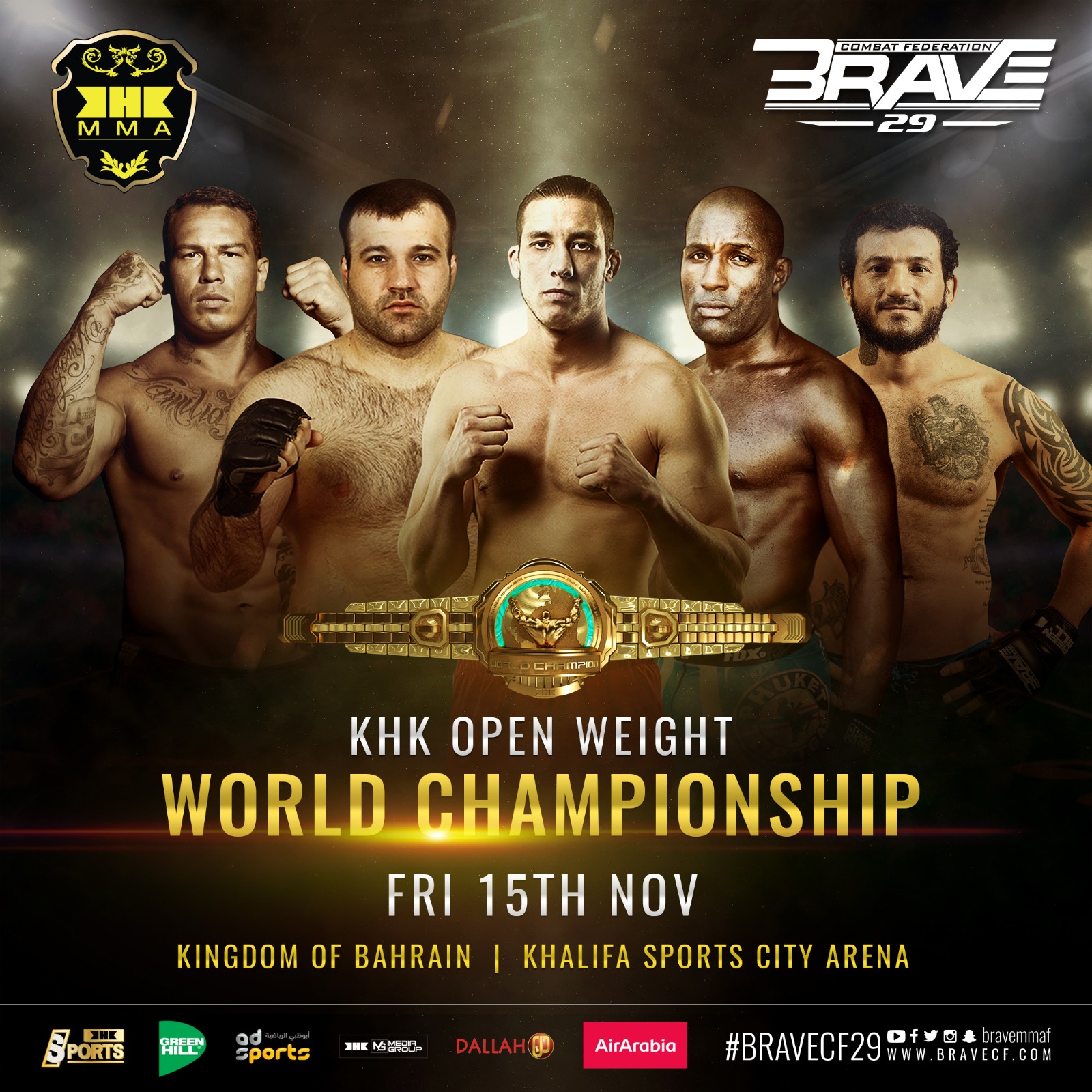 Kickboxers, muay thai specialists and submission fighters are included in the one-night, four-men, open weight tournament
After weeks of build-up and anticipation, KHK MMA and BRAVE CF have finally announced the five names in contention for the KHK World Championships, a historical one-night, four-men, open weight tournament, which will take place during the BRAVE CF 29 fight card, on November 15th, in Bahrain. Four of the five names will move on to the semifinals, as one man stays as an alternate.
The stacked and diverse list was finalized through a draw after hundreds of fighters signed up to be a part of it. The KHK World Championship is a pioneer, as signing up was free to all athletes, regardless if they were under contract with a promotion or not. After several fighters put their names in the hat for a place at the draw, KHK MMA and BRAVE CF narrowed the list down to 15 athletes, and five of them have been announced today.

Kickboxing sensation Guto Inocente, undefeated Russian powerhouse Azamat Murzakanov, Frenchman Malik Merad, powerful striker Mohammad Fakhreddine, and submission machine Moise Rimbon are the five names in the running for the US$100,000 prize and the right to be called the KHK World Champion, as well as being the provisional holder of the KHK belt, a special award,  adorned with 6.2 kg of  gold.
In the following days, KHK MMA and BRAVE CF will announce the semifinal matchups, as well as the odd man out, who will stay in the tournament as an alternate, in case a fighter is injured and unable to continue. Semifinals and final will take place on the same night.
The KHK World Championships will take place alongside the BRAVE CF 29 card, which has already 12 fights, and 16 nations represented. BRAVE CF 29 is co-headlined by the final of the KHK WC, as well as the Flyweight world title bout between Jose Torres and Marcel Adur. Both champions will be known during the BRAVE International Combat Week, Asia’s largest combat sports festival, with a week-long set of fights from the IMMAF World Championships.