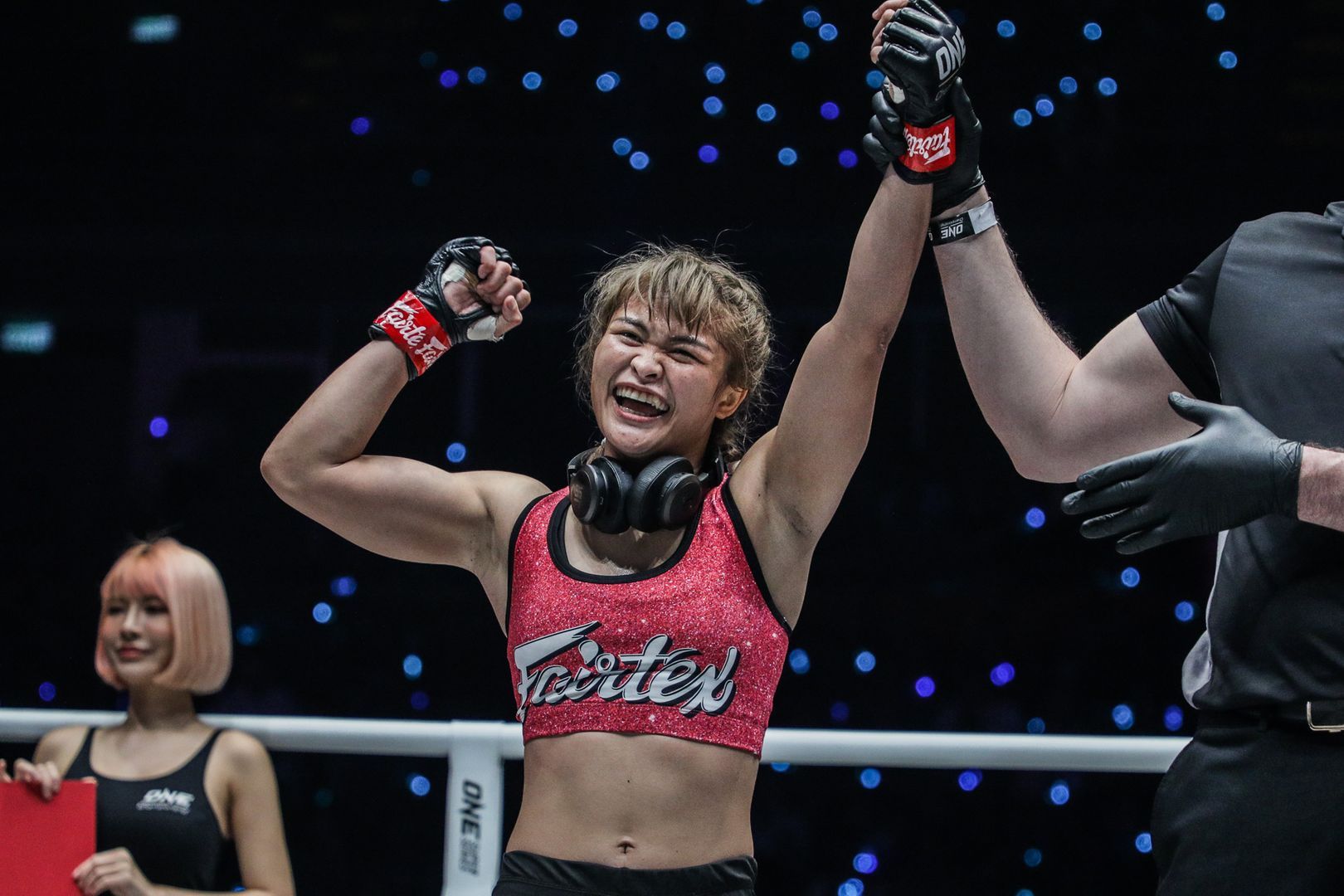 ONE Championship released their latest rankings, and there has been some movement in two weight classes.

The Thai striking athlete has made some progress in the atomweight mixed martial arts division after claiming the ONE Atomweight Kickboxing and Muay Thai World Titles when she first signed with ONE Championship.

Stamp, who was once the #5-ranked athlete in the category, had a memorable 2021, winning two of her three fights this year.

Her step up meant that Ham Seo Hee moved down to #3. The biggest surprise was Ritu “The Indian Tigress” Phogat remaining at #4. Despite her massive win inside the Singapore Indoor Stadium last Friday against Jenelyn Olsim, the Indian wrestling sensation surprisingly did not gain a spot.

That, however, should not deter her from winning the Grand Prix final and competing for “Unstoppable” Angela Lee’s ONE Atomweight World Title. Though she might not have moved up the rankings this time around, a victory versus Stamp in the final should see her ascend the top five.

The ONE featherweight kickboxing division was the other weight class that has seen some movement. Armenian kickboxing machine Marat Grigorian moved up to #1, which meant Giorgio “The Doctor” Petrosyan slipped to #2 in the rankings.

He is one of the four men who advanced into the semifinals of the tournament. His opponent will be none other than longtime foe Chingiz “Chinga” Allazov. In the other bracket, Sitthichai “Killer Kid” Sitsongpeenong trades leather with Davit Kiria.

The athlete that goes on to win the Grand Prix will not only get the iconic silver belt, but they will also be the next athlete to challenge Superbon for the ONE gold.

Download the ONE Super App for all the latest news and updates on the world’s best martial arts stars.