Stamp Fairtex puts on MMA clinic as she outclasses and finishes Asha Roka at ONE: Dreams of Gold 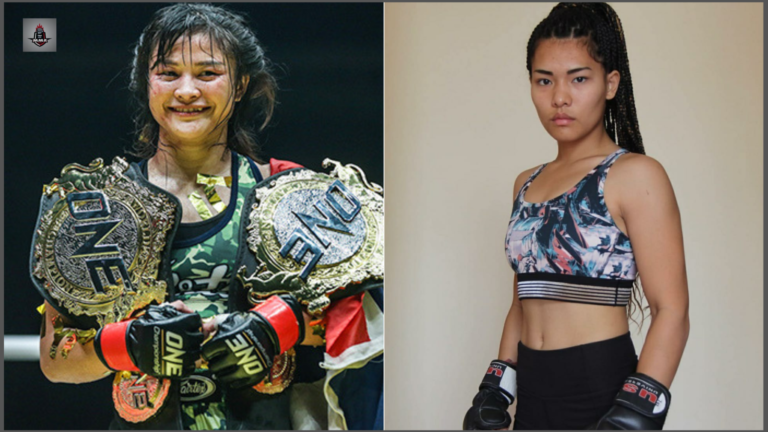 Thailand Muay Thai world champion Stamp Fairtex defeated Asha Roka in MMA fight via rear-naked choke submission in the third round at the Impact Arena in Bangkok, Thailand. She improved her MMA record to 2-0.

The fight started with Stamp Fairtex dominating the fight on the feet and later she took Asha Roka down with a ground and pound and then dominated the round on the ground. She hit Roka with numerous punches and at one point it looked like Asha Roka was done when Fairtex had Roka in an armbar position, but Roka was resilient and somehow survived the round. Roka was completely battered in the first round. 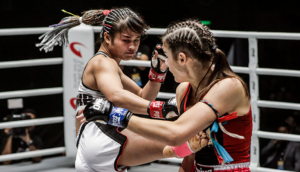 The second round started with both fighters feeling each other for the first two minutes. However, both fighters started exchanging punches with each other, but it was Fairtex who got the better of Roka during the exchanges. Fairtex countered Roka beautifully throughout the fight. As gradually the rounds went into the final minutes, Faitex battered Roka with back to back leg kicks and all of which went unanswered by Roka.

The third round started with both fighters going mano a mano with each other. Both Roka and Fairtex came out swinging, but ultimately Fairtex took Roka down and hit Roka with hard elbows and then went she went for the rear-naked choke and ultimately Roka had to tap. Asha Roka showed tremendous heart in this fight. She will come back stronger for sure.