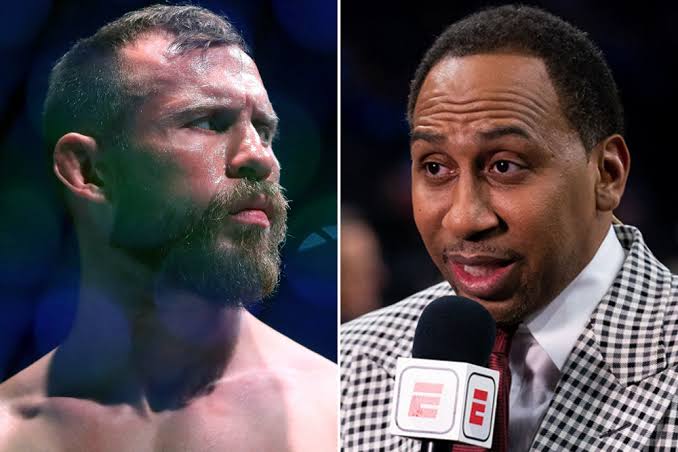 However the fight is still associated with a controversial statement by ESPN’s sport analyst Stephen A. Smith. Smith accused Cowboy of quitting amidst the fight which ultimately led to him being finished. Needless to say, the statement received staunch criticism from MMA community including Joe Rogan and even Conor McGregor.

Speaking as a guest on  a guest on Sirius XM’s The Ak & Barak Show, Smith reflected back on his controversial statement. He admitted the fact that he’s still learning and isn’t well versed with the technical nuances of the sport. However he claimed that he has been covering sports since 25 years and knew what happened in those 40 seconds. 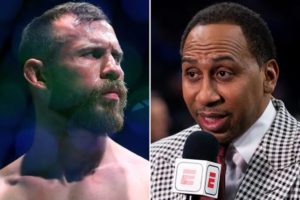 “Fellas, I’m learning the sport,” Smith admitted. “Muay Thai, being in a rear-naked choke — I don’t know. I never said I knew. What I said was, I was at that fight. I know what the hell I saw for those 40 seconds.”

Smith tried to justify his statement by saying that he didn’t expect Cowboy to ‘back down’ keeping in mind his experience. Smith also found it frustrating that the MMA community were angry just because he said it to Cerrone.

“This is your 50th fight, dog,” Smith added. “You didn’t know how to back up and catch your breath? Then, oh — by the way — you went out in 40 seconds. Then we find out it’s your first pay-per-view fight. Oh, how man times we’ve seen brothers step in the ring and we go like this, ‘Bright lights might have been too much for them.’ But because it’s Cowboy Cerrone and it’s the MMA, suddenly I’m not allowed to say that? It’s ridiculous. It’s ridiculous.”