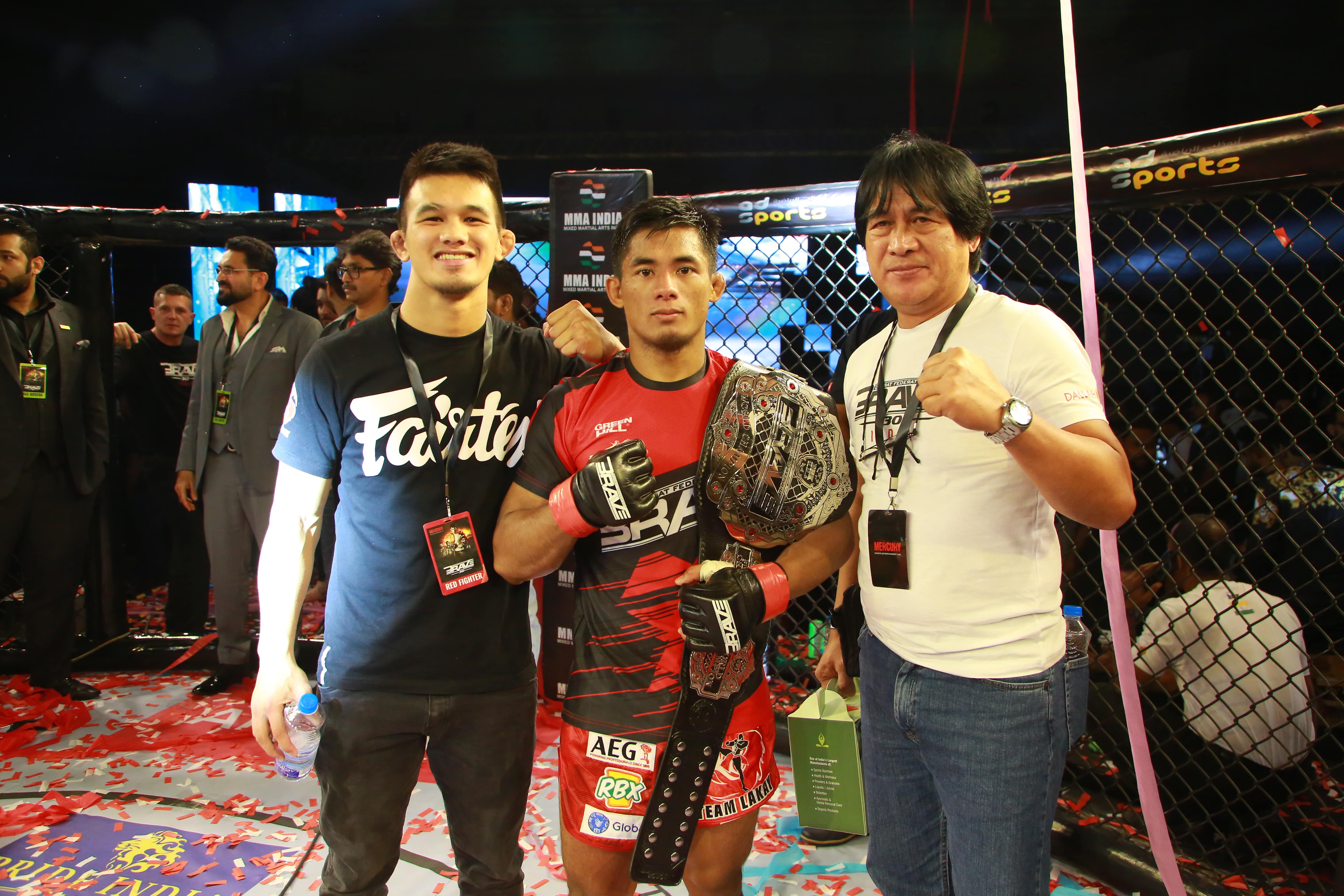 Bantamweight king Stephen Loman has extended his time as the longest-reigning BRAVE Combat Federation world champion as he defended his world title for the fourth consecutive time with a clear-cut unanimous decision victory over Louie Sanoudakis, at the main event of BRAVE CF 30, which took place last Saturday in Hyderabad, India. 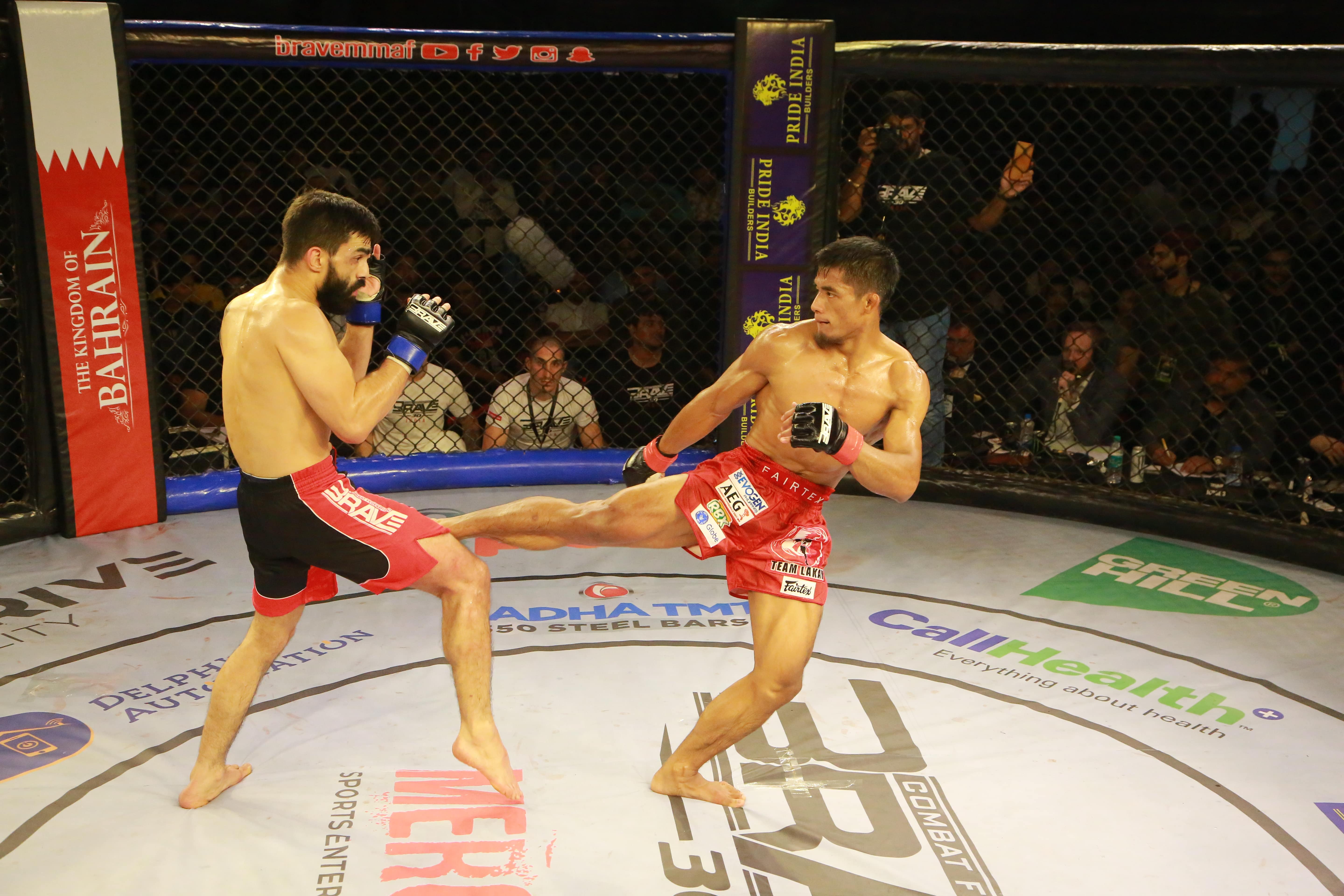 Mixing up his strikes and movements with a ferocious pace, “The Sniper” was able to score at will with leg kicks, jabs and straight lefts, baffling the challenger, who simply didn’t have an answer for the champion’s quickness.
In the final round, however, Louie showed why he was chosen to challenge Loman, as he took the center of the cage and started relentlessly stalking the champion. However, it was too little too late for the Canadia, as ringside judges scored the bout unanimously in favor of Stephen Loman, who improves to 6-0 in his BRAVE CF career, and has no immediate plans to go up in weight to eventually face Bubba Jenkins, the Featherweight king. 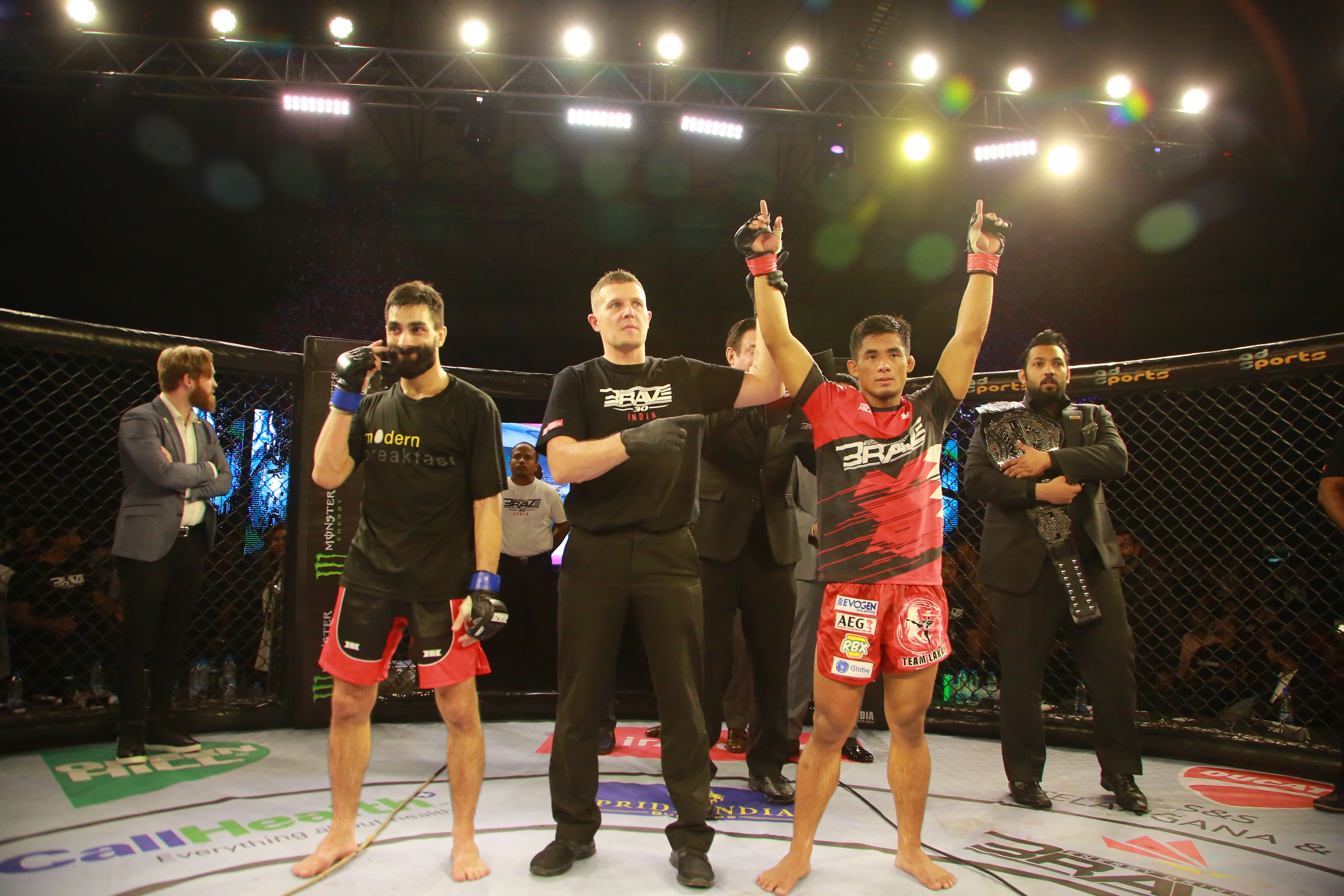 “I would like to thank everyone who has helped me. To Indian fans, I love you. My coaches, training partners, family, and friends, and to BRAVE CF for allowing me to do what I do. Right now, I have a lot of people to fight still, maybe one day (I’ll go up in weight)”, said the champ.
In the co-main event, Phil Hawes had a flawless debut for BRAVE CF, as he was able to take down Dominik Schober and tap him out with a rear-naked choke in the first round. After the bout, he expressed interest in being the first challenger to the Middleweight title that will be up for grabs in two weeks’ time at BRAVE CF 31.
Mohammad Farhad had a comeback for the ages, as he thrilled his countrymen present at the Gachibowli Indoor Stadium with a violent performance, scoring a first-round TKO via leg kicks of Kushal Vyas.