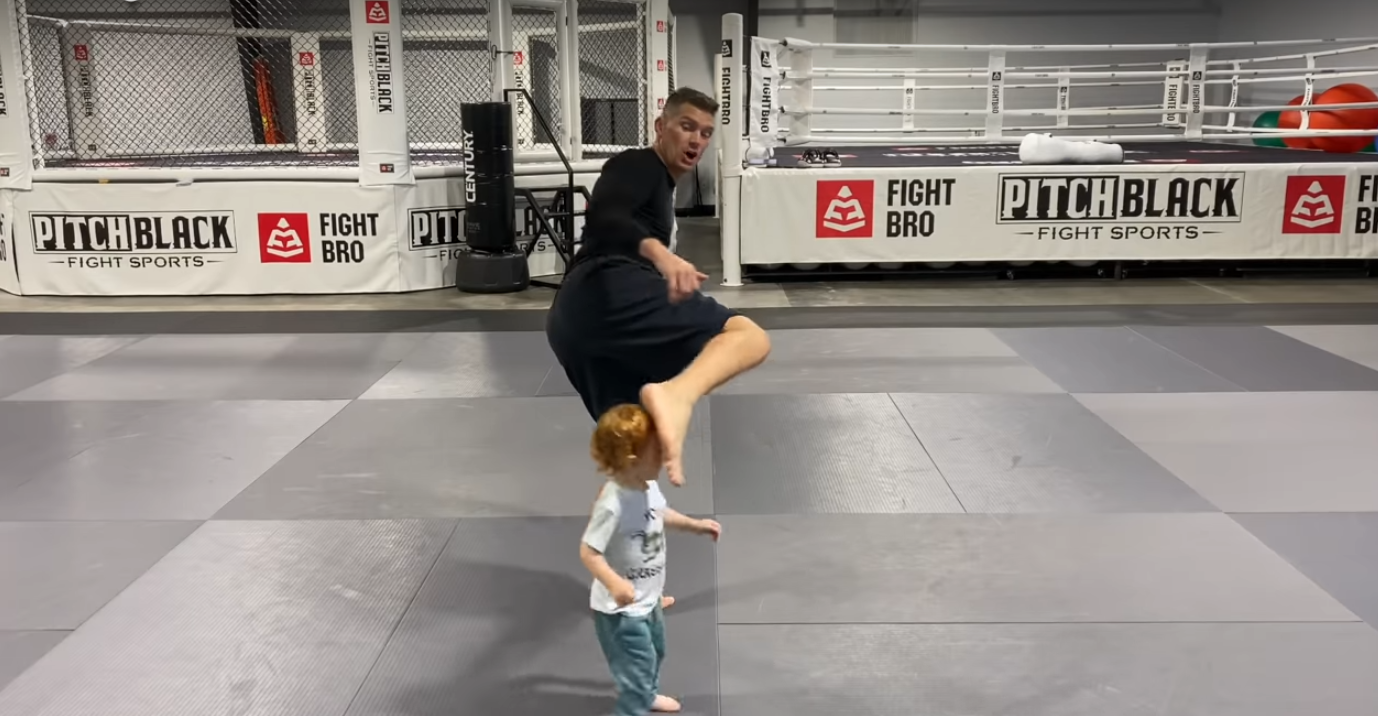 Former two-time welterweight title challenger Stephen ‘Wonderboy’ Thompson is undoubtedly one of the loved fighters in the sport.

Probably one of the reasons why his YouTube channel exploded up to 134,000 subscribers in only 7 months. Thompson shares his wealth of MMA knowledge particularly in the striking department and other MMA related topics on his channel.

Thompson took to YouTube to demonstrate a similar technique known as the Taekwondo hook kick. An underrated technique which has only two knockouts in the UFC. Thompson uses his Karate prowess to modify the technique and as to how it can be used in MMA. 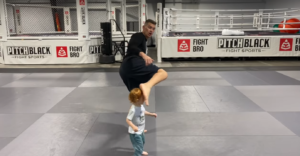 However what was not expected, was a kick to his nephew’s face by one of the most likable guys in the sport. Thompson in a playful way, gently hook kicked his nephew who was running across the gym. You can skip to 1:57 of the video linked below. (via YouTube):

Thompson is a 6th degree black belt in Tetsushin-ryu Kempo (a type of Japanese martial art) and a black belt in American kickboxing. Growing up in a martial arts family, Thompson’s father, Ray Thompson, who was a professional kickboxer, owned a karate school in South Carolina.

Thompson started training at age of three, under his father’s guidance. He started competing in kickboxing and karate at the age of 15. Thompson then went on to have an unprecedented record of 57-1 in his amateur and pro kickboxing career before switching to MMA.

Thompson ran through the UFC welterweight division with an impressive record of 8-1 to earn a title shot against then champion Tyron Woodley. However he was reduced to 1-3-1 in five fights after that. Thompson recently got back on winning ways against a dangerous Vicente Luque at UFC 244 last November.