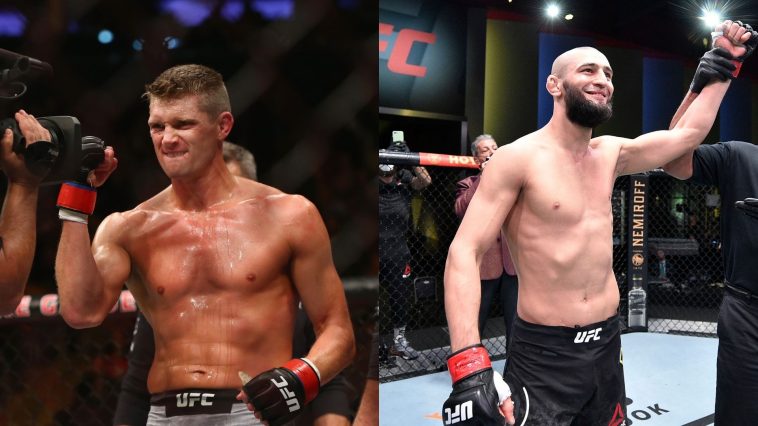 Stephen Thompson is coming off of a unanimous decision victory over Geoff Neal this past weekend at UFC Vegas 17. It was the final fight of the year and the Stephen Thompson put on a clinic against the rising contender. 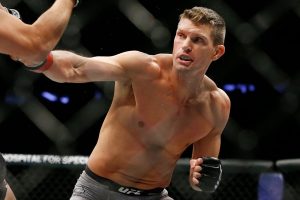 With this win, Thompson should see a surge in rankings, but right now the division is tied up with the most significant match-up being between Leon Edwards and Khamzat Chimaev.

No.15 ranked Khamzat Chimaev has made a lot of noise in the UFC within a short period of time. The Chechen born Swede is currently 3-0 inside the Octagon with all of his last victories coming inside the distance.

While most MMA fans think he is the future star of the UFC, Stephens Thompson isn’t convinced.

“Well you know, there is a lot of hype around him at his point.  He’s won three fights, he’s had one fight at welterweight (against McKee). He’s ranked No. 15 right now. Now he’s going to be fighting a guy whos ranked higher than me (No. 3 Leon Edwards). It’s definitely a big jump up for him and a test for Khamzat,” Thompson said.

“At this point, I’m not really sold yet. I just haven’t seen enough, and on paper, Leon Edwards wins this all day. So I’m going for my man Edwards. But he may go out there and prove us all wrong, you never know, and he’ll be the real deal. I will say he is the real deal if he goes out there and does work. But at this point, I haven’t seen enough.” Thompson said. (H/T- BJPenn.com)