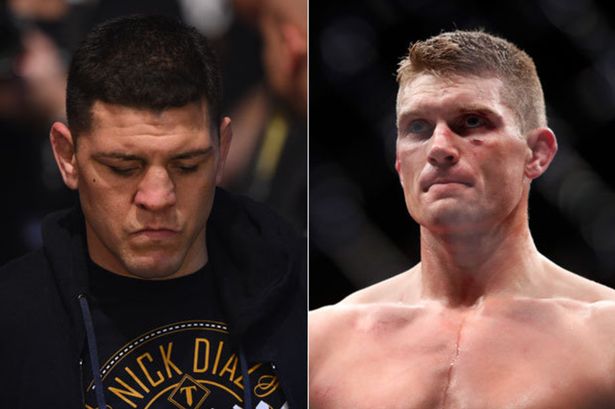 With news spiralling recently regarding the possible snapping of a five-year Octagon hiatus of Nick Diaz, the fan-favourite veteran seems to have caught the eye of Stephen Thompson.

Diaz’s manager, Kevin Mubenga explained recently to ESPN MMA reporter, Ariel Helwani – that his client has just completed a fourteen-week training program, which finished with a test weight cut back to welterweight – for the first time in four years. Currently sitting between 165-pounds and 175-pounds, Diaz is reportedly, “100%” targeting a return to the division in the opening months of next year. 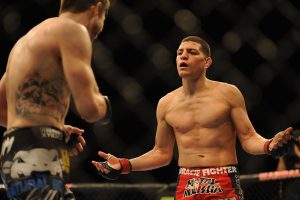 As things stand, there isn’t any sort of official word from the UFC or any indication on whom Diaz could face upon his return. However, one man who has vouched to face the elder Diaz Brother is Stephen Thompson.

Arguably one of the finest strikers in the fight game today, Stephen Thompson took to Twitter earlier in the day and threw his name in the hat as a potential opponent for Nick Diaz upon the latter’s return.

“I’m down to welcome him back to the ranks,” Thompson wrote in response to Helwani’s report about Diaz. “Would be an honor….let’s see where he’s at.”

Thomspon, who last featured in the Octagon at UFC 244 in November last year – returned from his first career knockout loss, with a striking clinic display against gritty Brazilian contender, Vicente ‘The Silent Assassin’ Luque. Avoiding surgery, Thompson suffered injuries to both hands during his three-round win over the New Jersey-based finisher.

Since then, Thompson, who has found himself in 170-pound limbo in regards to his next possible Octagon opponent – took to his official Twitter account on Monday evening – the writing of his willingness to meet with the former WEC and Strikeforce welterweight titleholder upon his potential UFC return.

The UFC’s Welterweight Division is absolutely stacked and filled with some of the toughest fighters from all around the world. The likes of Colby Covington, Tyron Woodley, and Jorge Masvidal are among the new guns, and all of whom are also worthy of facing Nick Diaz in his return bout.

Nick Diaz himself also has competed under both divisions and has made his mark at both 170 and 185. After his intense 14-week training camp, Nick Diaz is currently weighing around the 165-175 range

However, veterans such as Diego Sanchez, Carlos Condit, and even Robbie Lawler, men whom Nick Diaz has a long history with in the UFC, could remain as potential contenders for Diaz’s return bout. Nick Diaz last fought in the UFC against former middleweight champion Anderson Silva and it certainly has been a few years since we saw Diaz compete inside the Octagon.