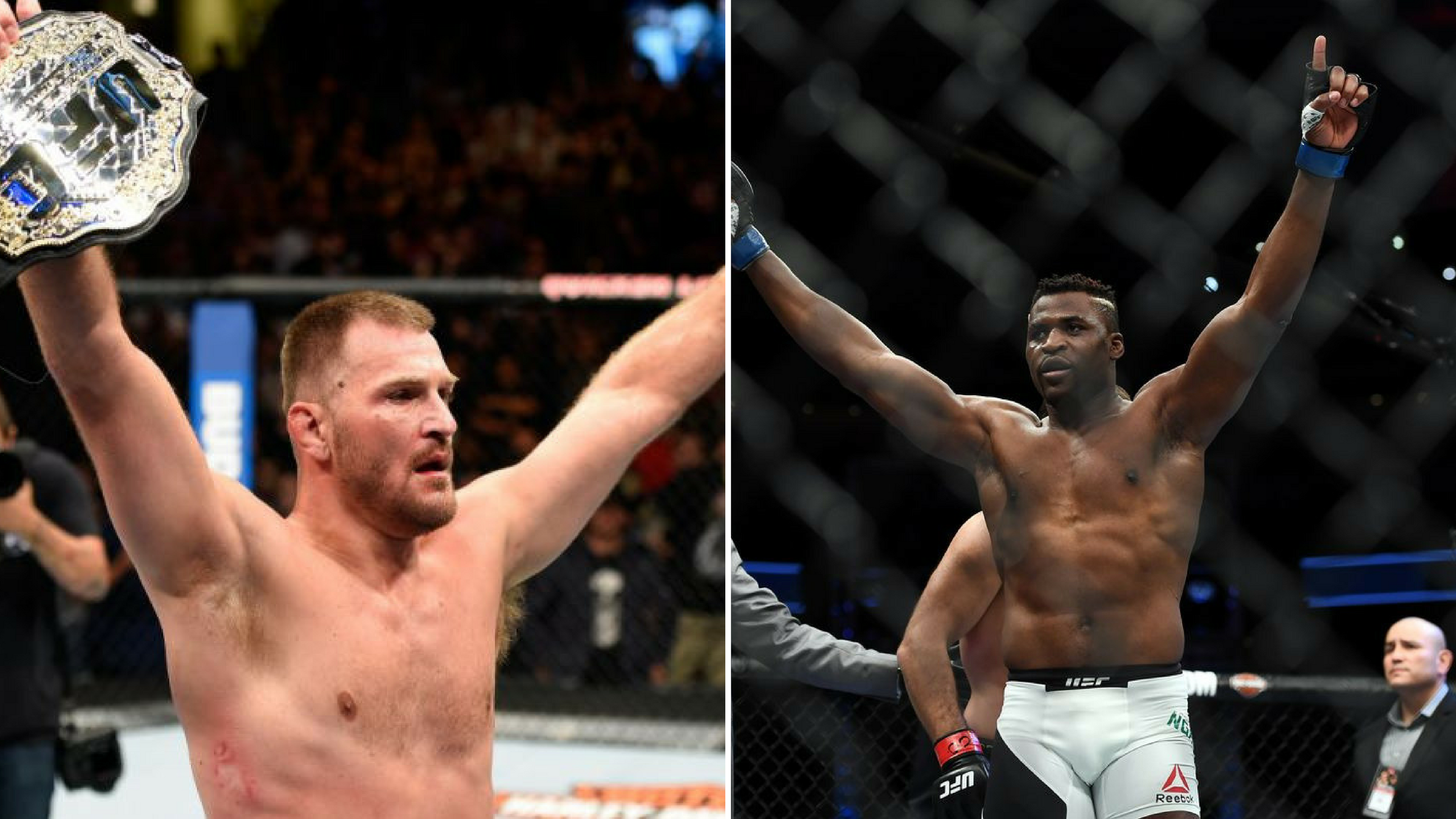 Stipe Miocic is set to face off against rising knockout artist Francis Ngannou at UFC 220 on Jan. 20, 2018 inside the TD Garden in Boston, Massachusetts live on pay-per-view. However, Miocic was not phased by the stunning knockout victory that got Ngannou his title shot against the champion.

“I think he’s a great fighter. Definitely, he brings it, he hits hard but unfortunately nothing’s going to change. I’m still walking out with the belt still wrapped around my waist.” Miocic stated when appearing on the Joe Rogan Experience podcast.
“I fought JDS (Junior dos Santos), I fought Roy Nelson, I fought Mark Hunt. I got guys that threw hard and he’s a little wild, too, which is tough sometimes you can’t prepare for that. Cause there’s punches you can’t see.”
“I think that was a little bit on both ends. Overeem was just kind of being a little sloppy and then just put his face right in the lane,” Miocic said.
“I didn’t watch the whole fight with Ngannou but what I saw was he was throwing all these wild punches. When he fought me, he was throwing straights.”
“I’m excited for him,” Miocic stated. “He’s getting his shot but as long as I’m here, no one’s going to be champ.”