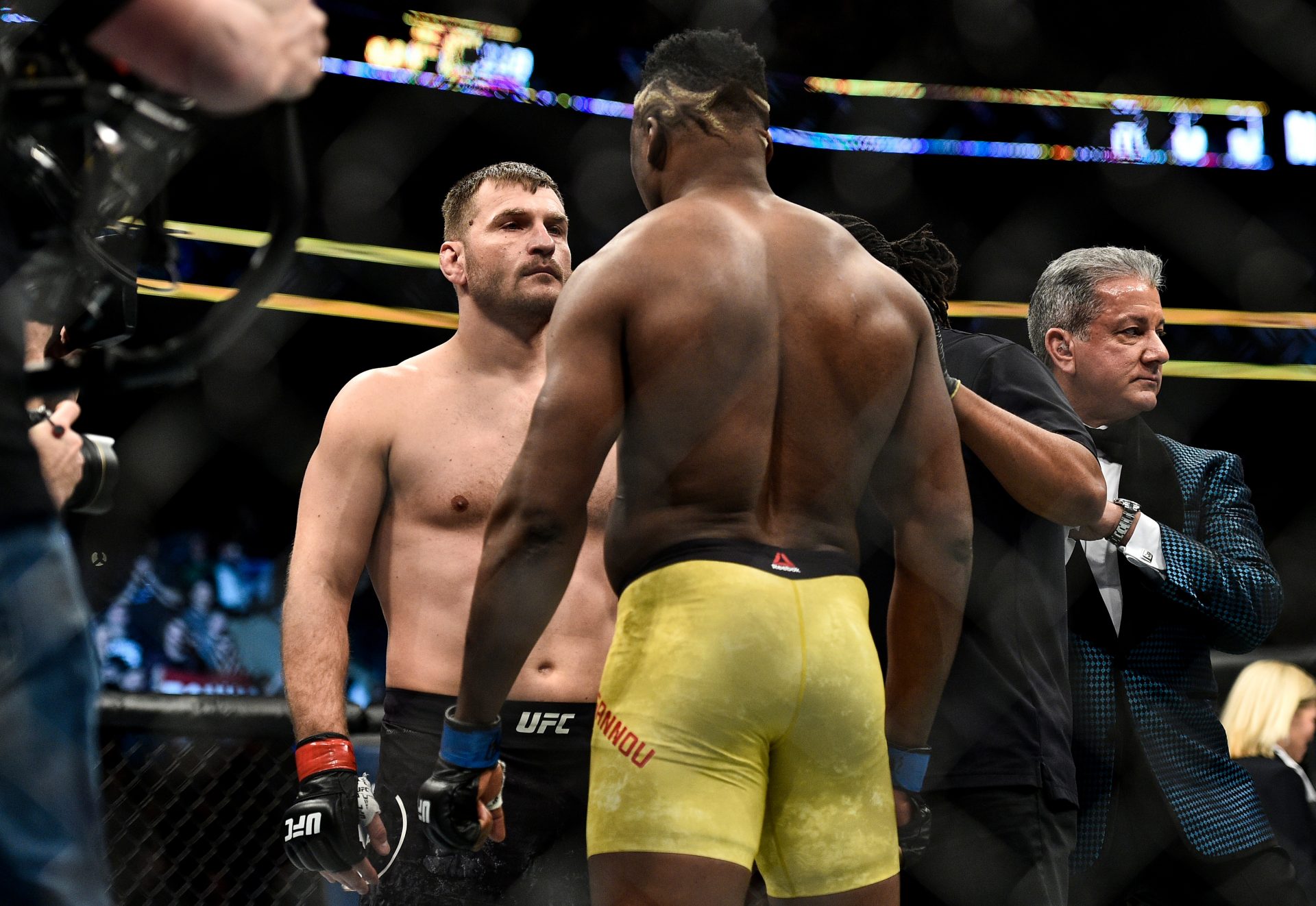 Former UFC Heavyweight champion Stipe Miocic says that he is 100 percent confident that if he gets to fight the champion Francis Ngannou in a trilogy fight he can defeat him and get his belt back.

Stipe Miocic is the most accomplished heavyweight champion of all time. He has defended his belt serval times, lost it to DC, and then again regained his championship by defeating Cormier in their Rematch also won the trilogy fight against him. After fighting Daniel Cormier three consecutive times and all of them being such a difficult fight, Miocic was then challenged by his former opponent Ngannou who had reignited himself after facing two losses and one of them was against Miocic. 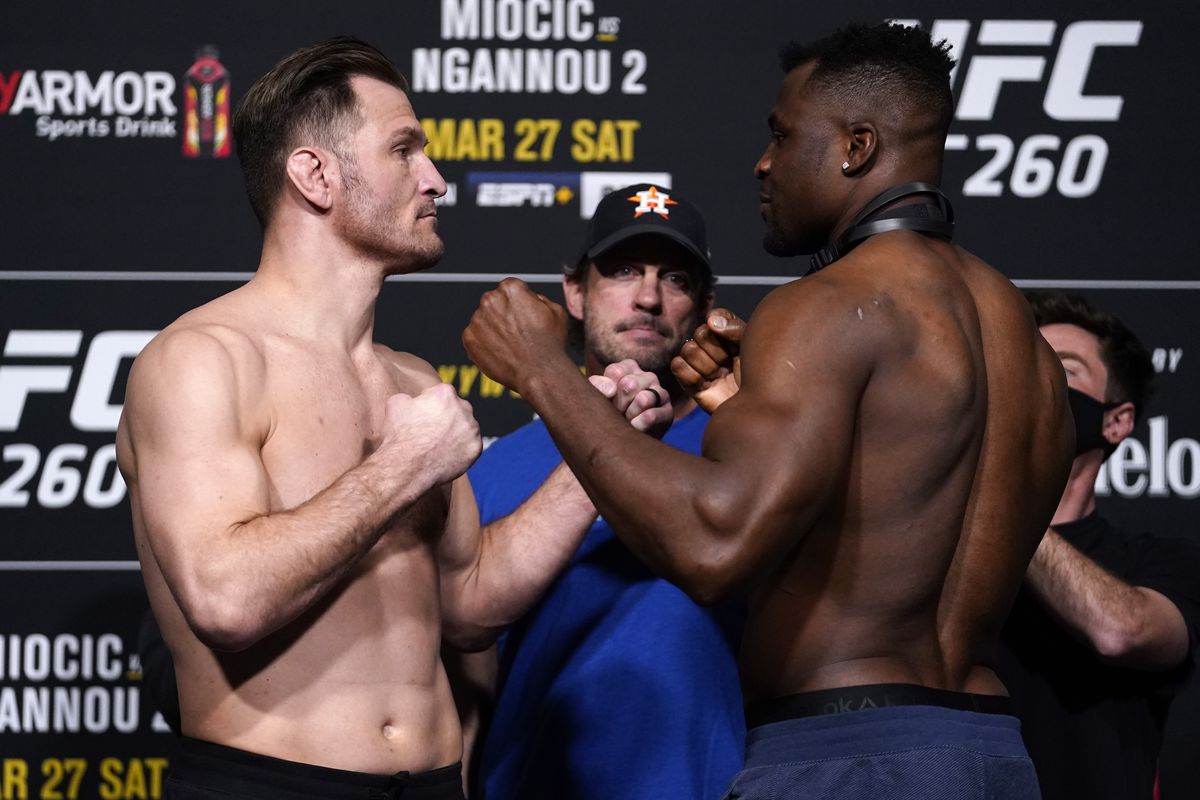 They both fought at UFC 220 and the inexperienced Ngannou could not handle the pressure of his first title fight against the best heavyweight of all time. Ngannou lost the fight via decisions and then lost another fight to Lewis and faced a downfall in his career. He took some time off and came back to win four back-to-back fights. He knocked out all his four opponents inside round one. In his second chance to get the title, he faced Stipe at UFC 260 and this time knocked out Miocic in the second round to become the new heavyweight champion of the world. After that fight, he was rumoured to fight Jon Jones but that fight did not materialize so UFC has decided to make Francis Ngannou vs Derrick Lewis 2.

While the newly crowned champion Francis Ngannou is busy preparing for his first title defense, the former champion has no fight assigned to him at this moment. But according to him he wants that trilogy fight against Ngannou and wants to rectify the mistakes he made in their last contest. 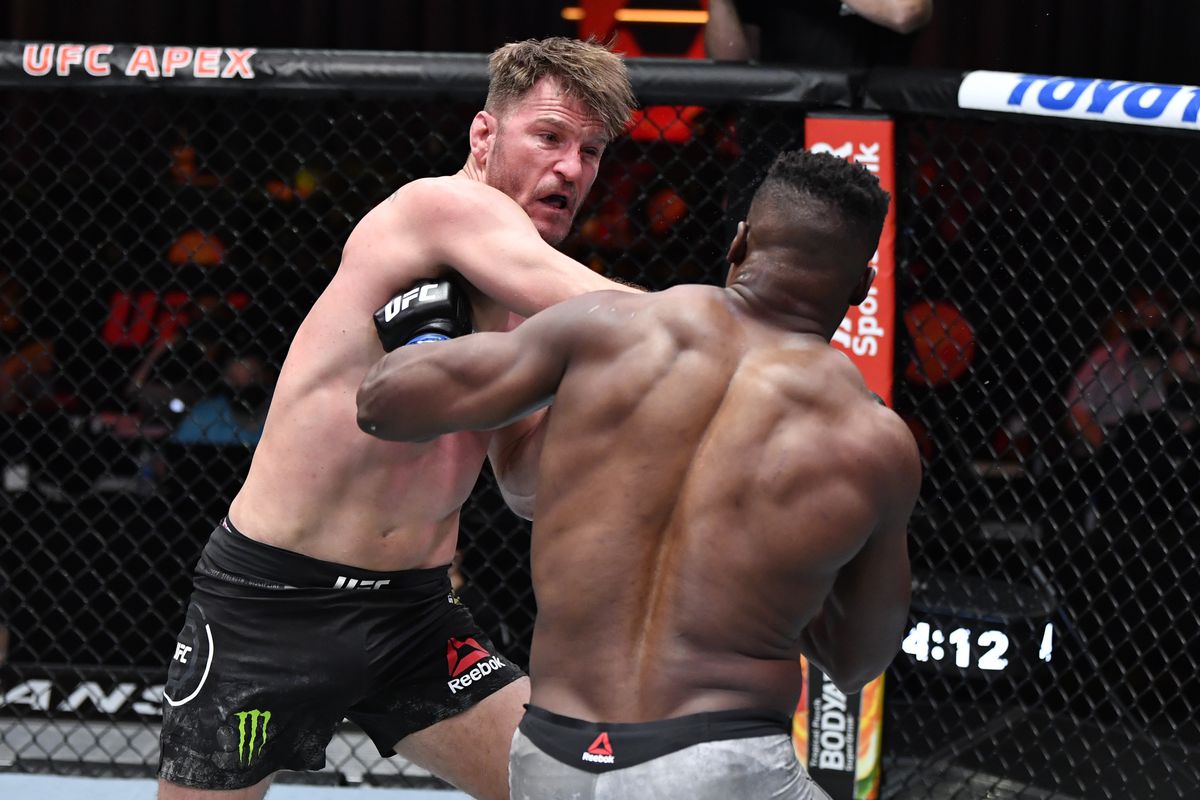 “Oh, a 100 percent,” Miocic told Submission Radio when asked if he’s confident that he knows how to beat Ngannou in a third fight (via MMAFighting). “It was his night. I’m not gonna take that away from him. And he didn’t get lucky, he just caught me with a punch I didn’t see, and it is what it is. And congrats to him. He won the title, but I’m coming back to get what’s mine. I know what I did wrong, and I’ll come back stronger and better and more prepared and take back what’s mine.”

Stipe also said that this time he will try to be as big as his opponent but that does not mean he lost because of the size advantage.

“No, man, not at all,” Stipe Miocic. “I mean, he hit me with some good shots in the beginning and I took them. And then he did good in the wrestling. I didn’t have the greatest shot, but he did everything he was supposed to. Tucked my head, got out, and came swinging after. And I felt good, I still felt good. And he hit me with the right hand and I came in a little bit too sloppy, and he countered with the left hook, and that was it.”

Do you think Stipe Miocic can defeat Francis Ngannou again?