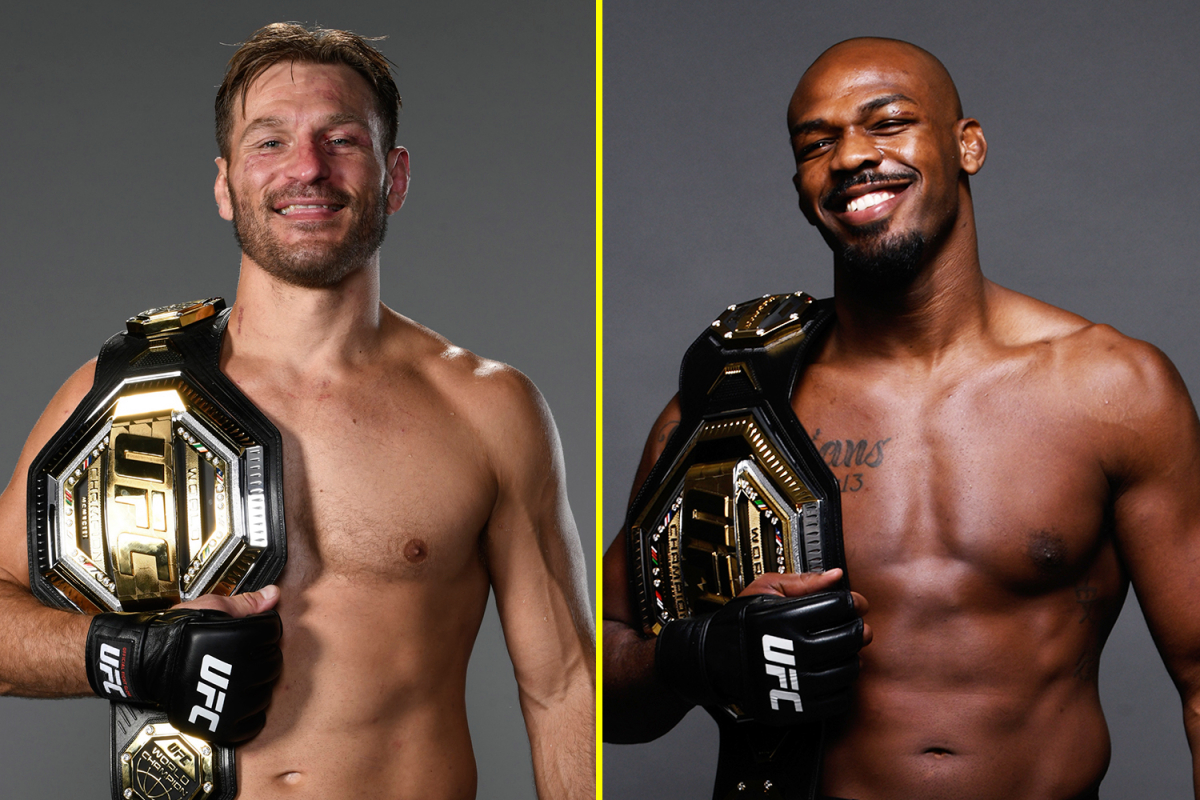 The UFC’s heavyweight champion has now weighed in on Jon Jones’s impending move to the division. Stipe Miocic also broke down his most likely rematch with “The Predator” Francis Ngannou. 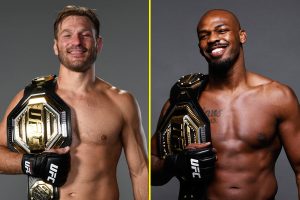 Miocic takes nothing away from Jon’s career but said the move up will be a lot tougher than he realizes. “Listen, we’re big boys with smaller gloves on. It just takes one punch. I don’t care if you don’t hit hard, you can still get caught. I don’t care who you are“.

And Jones feels just by watching closely that 3rd fight between Stipe and DC, he’s already figured out a winning formula. “Avoid Stipe’s right hand. I’m too fast, I’ll be too strong when the time is right and have way too much energy“. That’s why he’s presently bulking up.

“He’s got great technique. That’s definitely gonna help him. He’s very fluid in what he does. He’s got a great, strategic plan to how he fights. Half the game is having a good plan every time you go in and fight.”

Stipe vs Ngannou or Stipe vs Jon Jones ?

That leads to Francis Ngannou chiming in. He feels that it’ll be a smooth transition for Jones. He said, “obviously heavyweights hit harder, but it’s not the same technique, it’s not the same fight IQ“. But right now Ngannou is more focused on getting payback for his loss to Stipe at UFC 220. He was outworked and outwrestled by the champ.

In reference to Ngannou, Miocic made the following comment – “He’s just on a tear. But the same thing is gonna happen. I’m gonna win and dominate“. And although Dana White has insisted Ngannou gets a title shot first, money and the craving of fans will decide that. Although if he allows Jones to jump the queue, White may need to hide in a secret location from Ngannou.

Stipe will probably not see the inside of the octagon till November/December or even early 2021. That’ll give Jon more than enough time to build up size, and have his game plan ready. When asked who he’d prefer to fight next, the champ was indifferent. “I’ll fight anyone,” Miocic said. “I don’t really call people out. Whoever they put me in front of, I’m gonna fight. That’s what I do. That’s what I signed up for. If it’s him or it’s Ngannou or whoever, I’m ready to go.”

Whom do you want to see Stipe fight next?

Previous articleUFC News: Cody Garbrandt takes a jab at Aljamain Sterling receiving bantamweight title shot
Next articleHere’s how long Bruce Buffer will continue being the voice of the Octagon