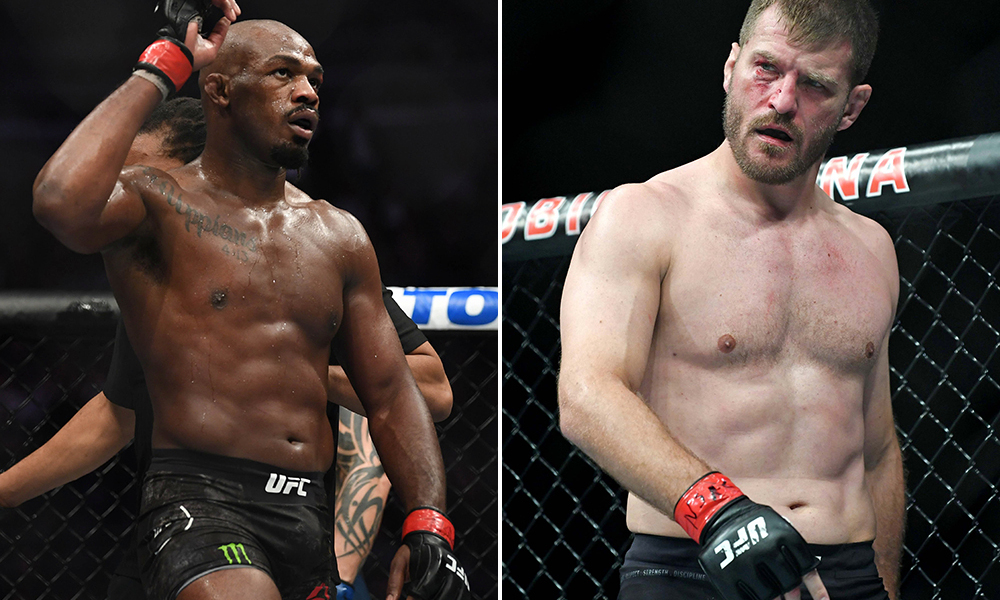 Stipe Miocic believes that a super-fight between him and UFC light heavyweight champion Jon ‘Bones’ Jones can happen in the future.

Super fights in the MMA world get huge attention from fans, moving up and down divisions has become a trend in MMA these days. Fans have always asked UFC light heavyweight champion, Jon Jones, to move up to heavyweight division for a super fight. Jones showed interest to fight Francis Ngannou. UFC was not in favour of that fight and wasn’t ready to pay Jones the amount he wanted. Jones said he is ready to sit out unless UFC pays him a good amount to fight. 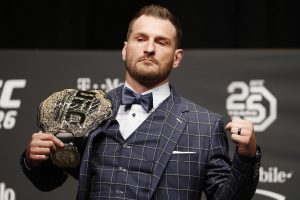 Stipe Miocic said he believes a fight between him and Jon Jones can happen if Jones and UFC sort their things out. While talking to Line Movement Stipe said “Yeah I mean yeah, it’s up to the UFC,” I’d fight anyone.”I think it would be a great fight for him and I think I’d walk out [as the champ],” he explained. “He’s in a different weight class and I think I’d do well. I know I’d do well.”

If the fight does happen it will be a treat for the fans to watch a battle between two of the best. It will be one of the biggest fights in the UFC. Jon ‘Bones’ Jones is not just the light heavyweight best but also one of the all-time greats in the sport. So to see Jones go toe to toe with the heavyweight GOAT will be an intriguing matchup. Jones holds an amazing record of 26-1-1 but Miocic is confident that he’ll be the first to stop Jones in UFC fair and square.

Stipe Miocic has to get past Cormier at UFC 252

Stipe Miocic is set to face Daniel Cormier for the third time at UFC 252 for the heavyweight championship. The first match between these two heavyweights was at UFC 226 where DC knocked out Miocic in round one. In the 2nd fight at UFC 241, Miocic was able to avenge his loss over Cormier by knocking him out in round 4 with some brutal body shots that helped him get the win.

The last time Jones fought was at UFC 247 against Dominick Reyes and won a very close decision match which many believed could have gone either way. Since that victory jones hasn’t fought in UFC. He also has some issues going on with UFC as he feels UFC doesn’t pay him enough. This ongoing beef with UFC and Jones created a big buzz, many fighters raised their voices regarding this issue. Jones has fought 4 times in the last 3 years against Gustafsson, Thiago Santos, and Anthony Smith. So unless UFC and Jones are on the same page he will not be fighting any time soon.

It would be a great matchup if Stipe Miocic and Jon Jones fight but Miocic has to go through Daniel Cormier at UFC 252 on August 15.

Ben Askren reveals he ‘would’ make a comeback under ‘specific condition’