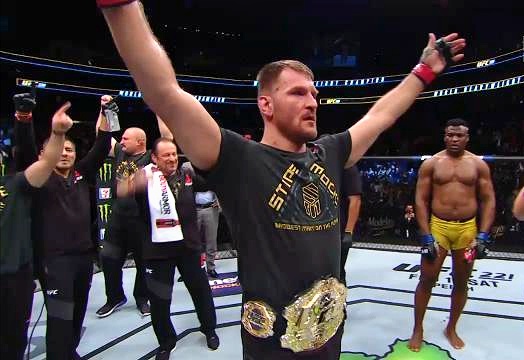 Stipe Miocic has got a dominant victory over Francis Ngannou at UFC 220 & he earned the respect of the MMA fans. He became the first man to ever defend the UFC heavyweight title three consecutive times following his spectacular win over Francis Ngannou at UFC 220. Miocic said at the post-fight press conference that ‘F*ck yeah’ ‘I’m the greatest heavyweight in UFC history.’

“No one’s ever defended it three times. I’ve done it and I had a killers row of fighters to get to it. I had a hard path to get to the title, and I’ve had a hard path to defend the title. I had top dudes. I had to fight (Andrei) Arlovski, then I had to fight (Fabricio) Werdum in Brazil in front of 45,000 people. Crazy. Next guy, (Alistair) Overeem, killer, K-1 champ, hits like a ton of bricks. Next guy, ‘JDS’ (Junior dos Santos), who I lost to. Now I got a guy who’s a phenom. Nothing’s ever easy. I know fighting ain’t easy, but I never had an easy road. Everything was hard.”

“Now it means something to me,” Miocic said. “I beat the guy that everyone thought I couldn’t beat, so it made it that much sweeter. ‘This guy’s a phenom, he’s one-in-a-million, blah, blah, blah.’ Well guess what? He lost. He lost to a Midwest boy that’s 40 pounds lighter than him. And I’m the greatest heavyweight. I defended it three times. No one’s ever done that.

“It was the Stipe show tonight. It wasn’t about him. It was about me, because I’m the champ. I broke the record. I’m the best.”