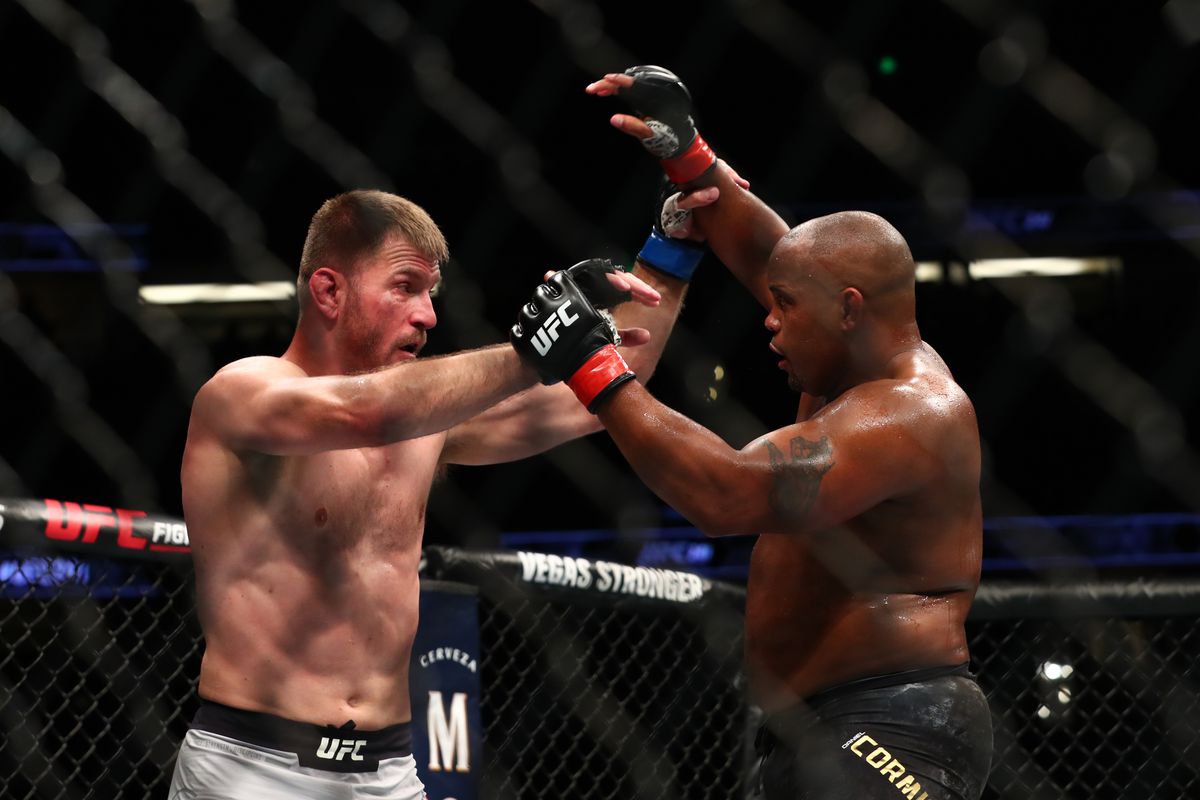 Now both fighters are 1-1 heading into the trilogy and this time around the Octagon size is much smaller than their previous two-bouts. The fights are taking place in UFC Apex facility that has smaller 25-foot Octagon as opposed to the 30-foot Octagon that fans have been previously treated to. 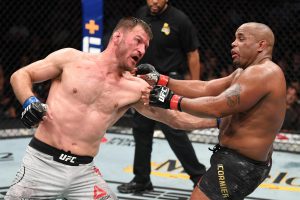 The smaller Octagon will heavily favour Cormier and Stipe has already objected to it and has complained to the UFC officials before, but to no avail.

While Cormier has made his intentions clear about utilising the smaller cage to shoot for the takedowns, Miocic warned that the fight always starts standing up.

“There are a lot more angles and stuff, and getting pushed against the cage, you don’t have that extra five feet. We’ve definitely been training wrestling more,” Stipe Miocic concluded. “He said to bring my wrestling shoes. He’ll definitely try to wrestle me, but every fight starts standing, don’t forget that. We’ll see. Take me down then. We’re wrestling? I thought we were fighting.” (H/ T – BJPenn.com)