Stipe sticks it to Joshua

After initially reaching out to boxing heavyweight champ Anthony Joshua, to try and get a fight opposite him on the same card as Mayweather McGregor, Stipe was rebuked by Joshua in McGregor fashion with a ‘who the Foook is that guy’.
Not taking it lying down, Stipe has now fired back at him on his twitter timeline by calling him ‘not even the baddest man in UK’. 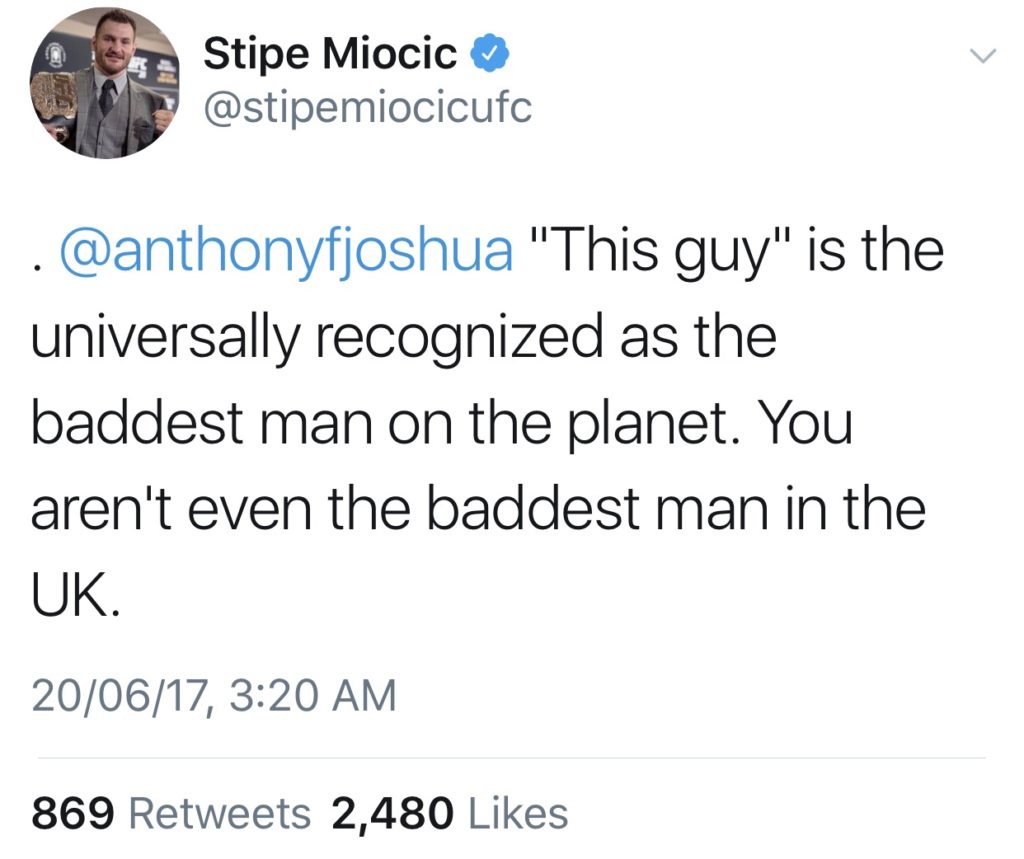