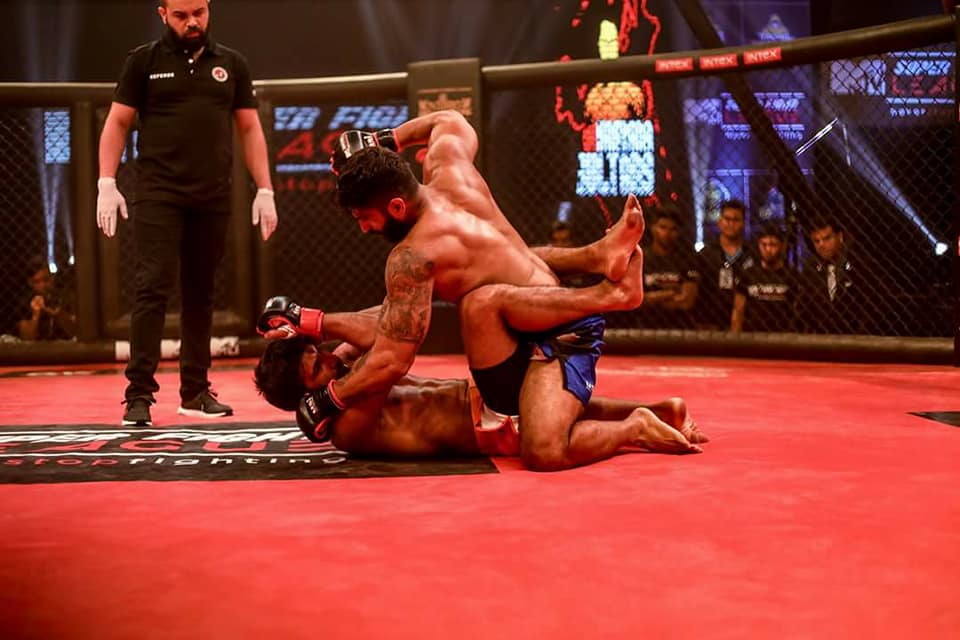 Bengaluru Tigers picked up their second win in the Super Fight League on Sunday night when they defeated defending champions Sher-E-Punjab.

To and Fro start

It was the champions Punjab that went ahead after the first fight when the undefeated Kantharaj Agasa once again produced his magic. Agasa finished debutant Sreedev in the first round and gave a five-point lead to Punjab.

Bengaluru wasted no time in bouncing back and got themselves into the scoreboard through Vikas Singh. Vikas outclassed Nikhil Bhatt in the first round itself and derailed the momentum of Punjab in style.

With the scores leveled up at 5-5, the third match went in favor of Punjab. Tataine dominated Davina Michel in the first round to get the stoppage win and four more points for Punjab. The fight proved to be a controversial one due to the late stoppage and Michel’s team even threw in the towel. Michel was then carried out on a stretcher.

With a four-point deficit, Bengaluru changed gears and went on to pick up three straight wins. David Alex got the first one when he stopped Rajbir in the first round and in the fourth match, debutant Omesh Hatkar got a huge win over Manoj Antil.

Bengaluru earned nine points from these two wins and steered five points clear of Punjab with just one more match to go.

Jose Santos then cemented the win for Bengaluru. Jose managed to finish Mandeep Singh in the first round itself and got four more points for Bengaluru and took the final score to 18-9.

The win is Bengaluru’s second straight one in the season and put them in prime position to advance to the next round.

Below are the results from the event: