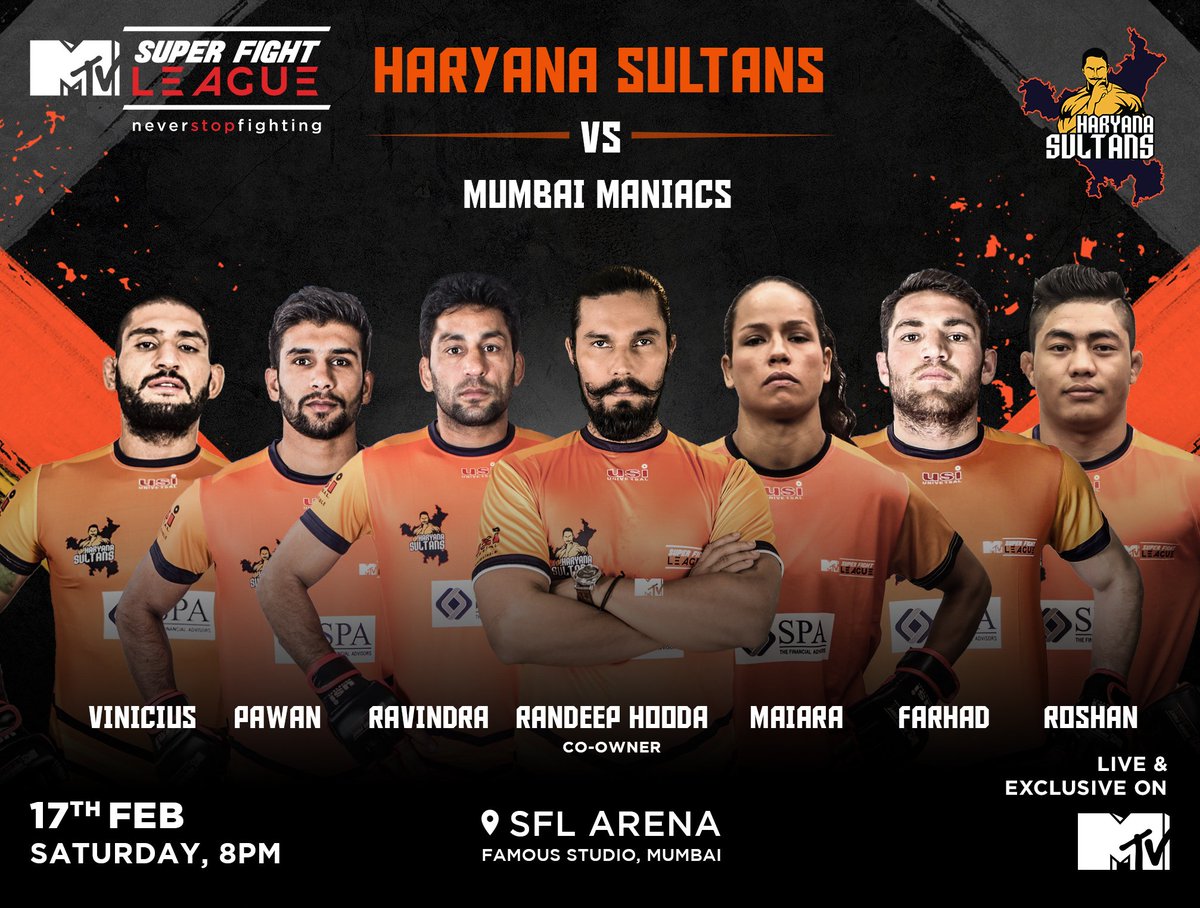 The second fight night of this week’s Super Fight League action saw Haryana Sultans go up against Mumbai Maniacs. With both teams desperately needing a win to keep their hopes in the tournament alive, the stakes were high for the matchup.

Haryana Sultans build up the lead

Haryana Sultans started on the right note when Roshan Mainam finished Ateet Kelvin Gupta in the first round. The fight, which was mostly on the ground, saw Roshan finish Ateet through ground and pound with just seconds before the conclusion of the first round.

In the second fight, Pawan Goyat, who seemed destined to lose a couple of minutes into the first round came back strongly to finish Tiran Takhshala just before the round ended. Goyat’s win further improved Haryana’s lead and took the score to 10-0.

Short-lived comeback and the climax

Sarah produced a submission finish in the third fight against Maiara to get one back for Mumbai Maniacs. This was Sarah’s second straight win in this year’s tournament via triangle submission.

Mumbai’s comeback was, however, short-lived. Afghanistan’s Farhad Hazratzada went on to finish Gaurav Gulliya in the first round and once again had Haryana in the winning column. The fight proved to be a wild one and in the end, Farhad finished Gulliya with ground and pound. Farhad’s win took the points to 14-5.

Ravindra Balhara then finished Jabir Khan to further improve Haryana’s lead. In a full-on scrap, Ravindra managed to get the better of Jabir in the first round itself and completely destroyed Mumbai’s hopes of a comeback by taking Haryana’s tally to 18 points.

Vinicius Mamute then completed the dominant win for Haryana when he submitted Amit Thapa in the final fight of the night. The first round submission win helped Haryana to get a final score of 23 compared to Mumbai’s 5.

Below are the results from the match: