Super Fight League: Jason Ramesh Solomon to miss rest of the season due to injury 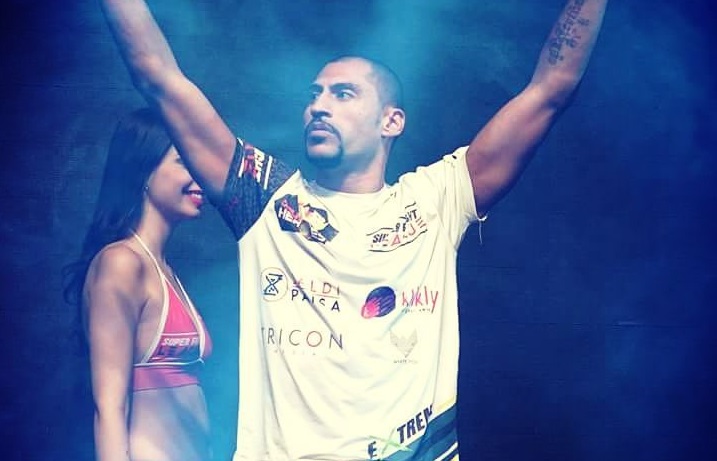 Delhi Heroes captain Jason Ramesh Solomon is set to miss rest of the second season of Super Fight League due to injury.

Jason gave an updated about the same on his Instagram profile today morning. He posted a video of his injury which was apparently picked up due to a scooter accident. In his post, the Indian MMA star apologized to the fans as well.

Delhi Heroes started their second season in the Super Fight League against UP Nawabs last week and had suffered a defeat in the matchup. The team lost 18-9 in the match and is currently in the last position in Group B Standings with no points.

The team will be facing Tamil Veerans next on Friday night in a must-win encounter.

Will come back stronger

Jason, however, impressed the fans with his winning performance against Pawan Maan Singh. The win extended Jason’s undefeated streak to four fights as he had secured three straight wins in the Super Fight League last season.

“Sh*t happens. Sorry That I’m out for the season. Looking forward to coming back stronger next year. Thanks for the love and support and keep watching SFL. As for my opponents, you have one more year to get ready to face me. Use the time wisely,” an emotional Jason noted in an exclusive statement to MMA India Show.

UP Nawabs will be locking horns with Gujarat Warriors on Saturday night when Mumbai Maniacs and Bengaluru Tigers will face off on Sunday. The UP Nawabs – Gujarat Warriors showdown will have a huge impact on the future of Delhi Heroes as the teams belong to the same group.