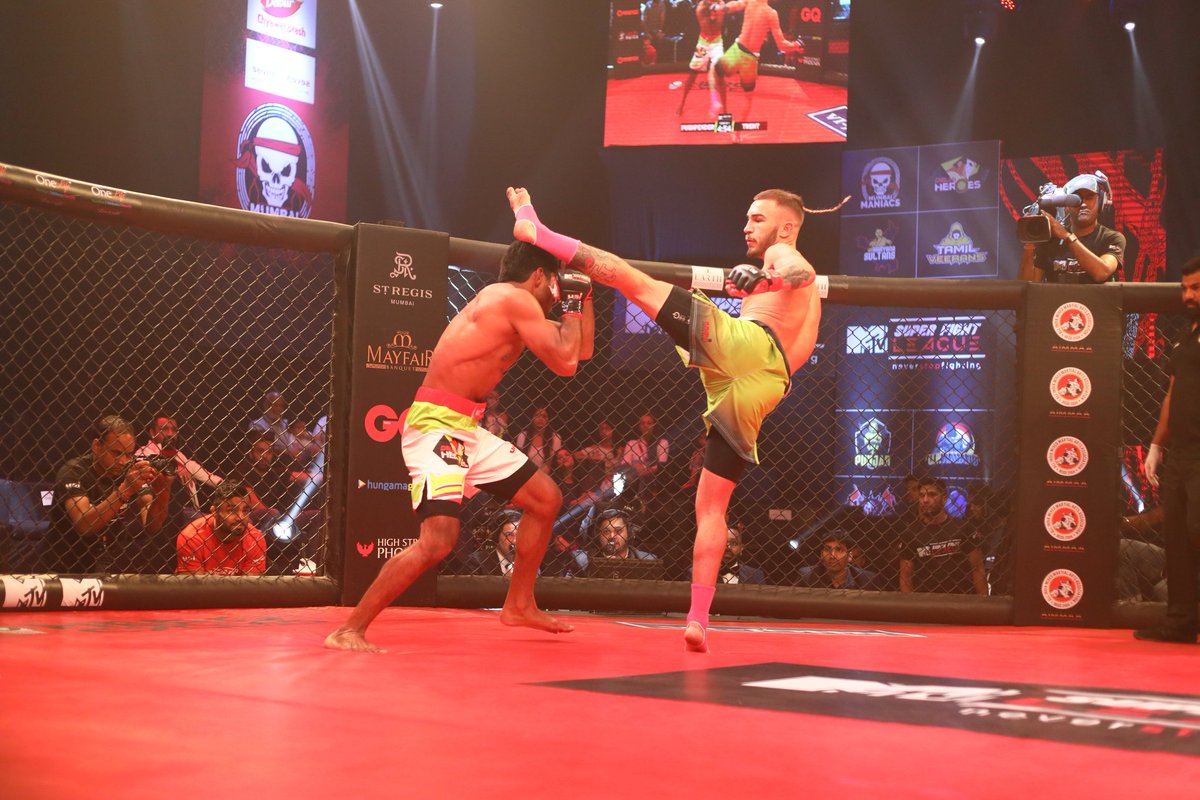 The third night of the Super Fight League Season 2 saw a great matchup between UP Nawabs and Delhi Heroes. The fight between Jason Ramesh Solomon and Pawan Maan Singh served as the main attraction when the card also had a lot of experienced names on it.

Nawabs start off on the right note

UP Nawabs started on the right note when Trent Girdham put the team ahead through a victory over Pushpender. The points lead for Nawabs then went up to nine points when Angad Bisht scored an upset against the veteran Swapnil Barve.

Things went from bad to worse for Delhi in the third fight. Kiran Singh managed to get a submission win against Saroj and further improved UP’s lead with three fights to go.

A closely contested fourth fight gave Delhi some breathing space. Abdul Azim Badakshi outclassed the experienced David Moon and gave Delhi their first win of the night. Delhi needed to win the remaining two fights to get something out of the match and this added extra pressure on captain Jason Ramesh Solomon and Malkeet Singh.

Jason did deliver the goods as he went up against Pawan Maan Singh in a high-profile grudge match. In what proved to be the biggest fight of the night, Jason came out on top and took Delhi’s points tally to nine points with one more fight to go.

It was a do or die situation for both teams in the last fight. Things, however, was wrapped up quicker than expected when Javed Mulla stopped Malkeet Singh inside the fight minute. The 33-second finish was the fastest stoppage of the night and also the current season. With the win, Mulla secured the win for UP Nawabs with a final score of 18-9. Below are the results from the match.