T.J Dillashaw responds in stlye to Gervanto Davis call out. 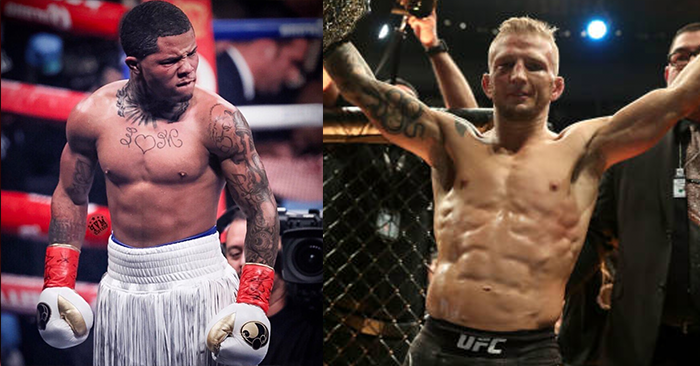 The Team Money fighter and Floyd Mayweather Protege, Gervonta was quick to call out Dillashaw for a potential crossover matchup after watching the knockout in UFC 227.

In what can be considered as an acceptance for Garvonta’s offer, Dillashaw tweeted saying “Bring it! I heard they were handing out belts after Loma left your division”, clearly referring to the allegations of Gervonta ducking the boxing superstar Vasyl Lomachenko.

The UFC’s best bantamweight of all time, T.J Dillashaw is in no short of a potential matchup after this victory since his longtime rival Domenick Cruz and the newly crowned UFC flyweight champion Henry Cejudo has expressed their interest in fighting KILLASHAW!