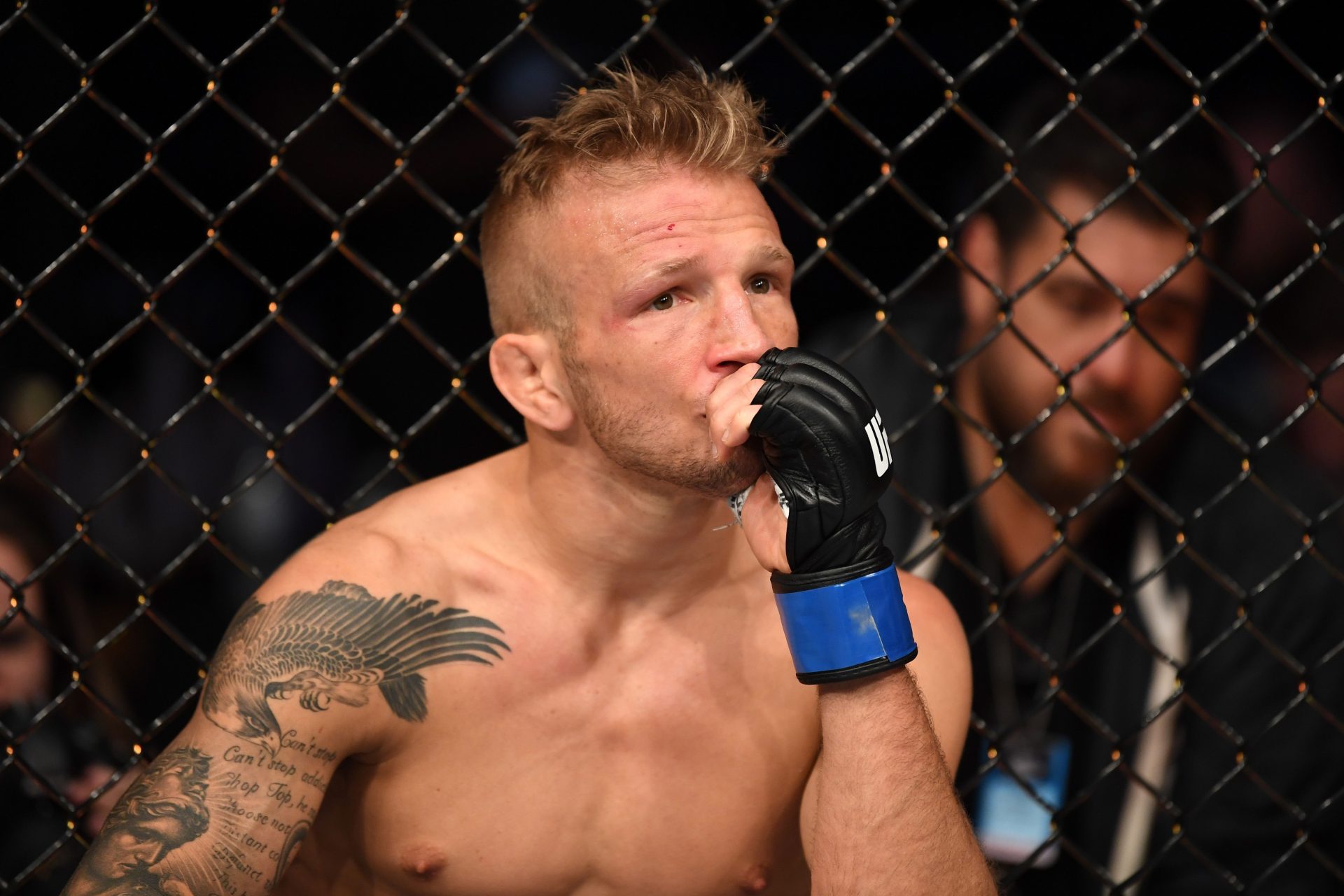 Former UFC bantamweight champion T.J. Dillashaw vows to reclaim his title when he returns to the octagon in 2021.

Dillashaw was suspended for two years by the United States Anti-Doping Agency (USADA) after he was tested positive for a performance-enhancing drug in a post-fight drug test. He was also forced to vacate his bantamweight belt. 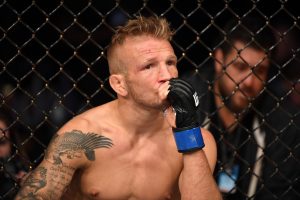 As his octagon return nears, he wants an immediate title shot to reclaim his belt. Dillashaw took to his social media to make the message loud and clear. (via BJPENN.com):

My return will be here soon and ready to reclaim what’s mine! 👊🏼🏆

My return will be here soon and ready to reclaim what’s mine!

Dillashaw’s suspension and him being stripped of his belt

Dillashaw was on a tear after becoming the UFC bantamweight champion for the second time after brutally knocking out ‘friend turned foe’, former champ Cody Garbrandt. He then defended his belt by viciously knocking out Garbrandt in a rematch, thus leaving no doubt in their rivalry.

Dillashaw, however, wanted to add the ‘champ champ’ status on his resume and made a shocking decision to move down to flyweight and challenge then champ Henry Cejudo. The decision raised many eyebrows across the MMA community, he was never known to be a small bantamweight. He had to undergo extreme weight cutting measures to finally make the flyweight limit of 125 pounds.

Dillashaw took on Cejudo for the UFC flyweight belt at UFC on ESPN+ 1 card in January 2019. He looked extremely emaciated going into the fight and unfortunately the results reflected that as Dillashaw was dropped around thrice before getting finished by Cejudo in just 32 seconds. He was then tested positive for recombinant human erythropoietin (EPO) and was suspended for two years. The former champ, however, admitted and took full responsibility for the issue. He claimed he took them to make his weight cut relatively easy. (via MMAJunkie):

“I messed up,” he said. “I’m having a hard time trying to forgive myself for this – which I should have a hard time. I understand the criticism and the scrutiny coming my way. But what I really feel bad about is the bad light I’m bringing on my coaches, my family, my teammates. They had no involvement in this, and I feel the worst for them. I’ve got a 15-month-old son, and I want to be a role model for him.

“I’ve got to man up to what I did. I accepted all penalties – I didn’t try to fight this thing. I’m going to sit for the next two years.”