UFC heavyweight prospect Tai Tuivasa has expressed his interest in fighting the best lightweight of all time Jon Jones who is speculated to make his long-awaited heavyweight debut in 2022. Tai Tuivasa is one of the most popular MMA fighters to come out of Australia. He has made a huge fan base for himself because of his fighting style and also his personality. He is widely famous for his Shoey’s which he performs after getting wins in the UFC. He drinks beer out of anyone’s shoes. This stunt has made him famous and loved among the fans. Now he is scheduled to fight the top-ranked heavyweight knockout artist Derrick Lewis at UFC 271. 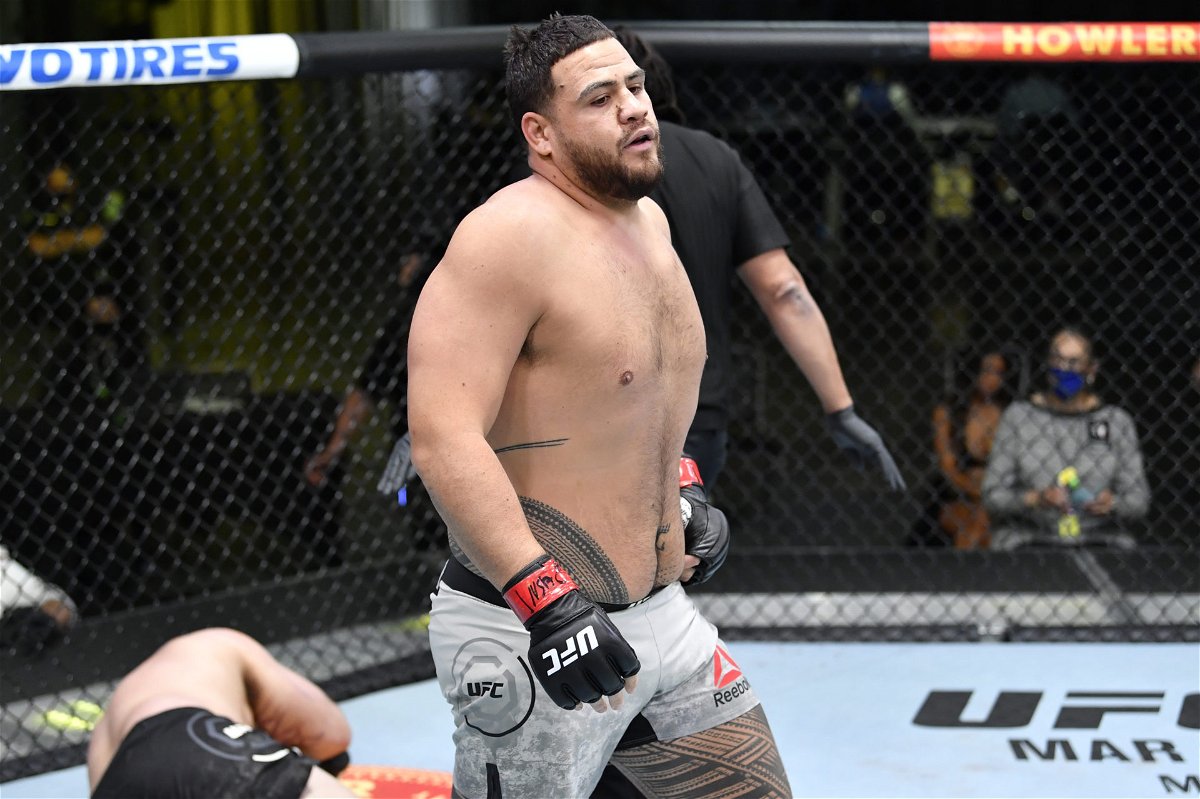 “I continued to drink after I talked to you, and apparently Mick messaged me that night,” Tuivasa said. “I was too pissed, and then I woke up in the morning and everyone was calling me.”

“I was getting pissed. I was in my holiday mode. I was going to continue the holiday for a little bit, but as I said, it’s a big opportunity, and I’m a big fan of Derrick as well. Why not? If it’s popped up, might as well grab it with two hands.”

He then talked about his rivalry with Greg Hardy. 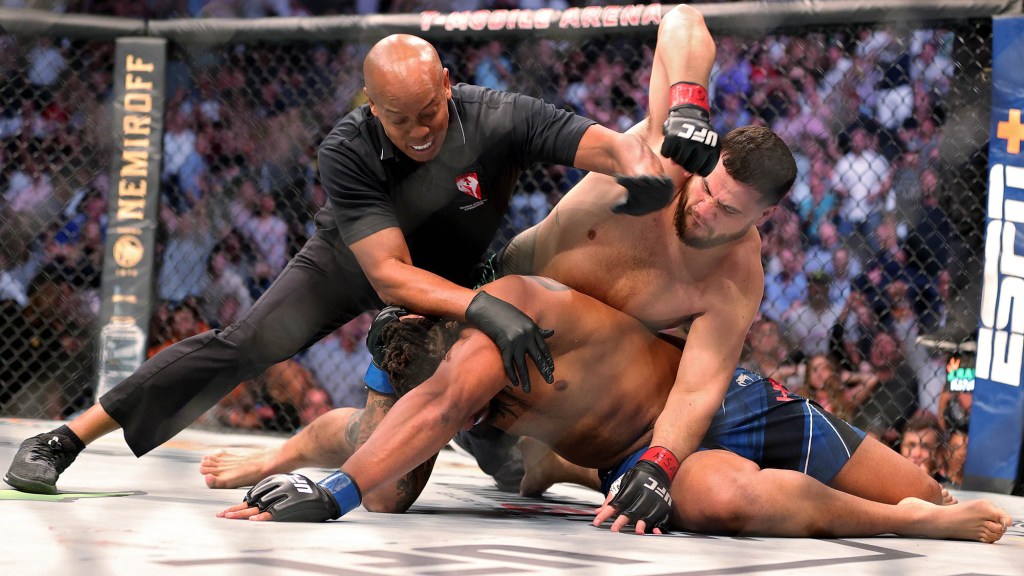 “He’s a c*cksucker. I don’t know what he’s on about. If he wants it again, he can come to see me. I’ll slap the sh*t out of him again. So many people hate him. He’s f*cking hated. I uust heard he did some sh*t in the past, but it’s real evident that he’s hated – a lot of people hate his ass.”

Tai Tuivasa was then asked that if the opportunity presented will he be interested in taking a fight against the former light-heavyweight champion Jon Jones who is preparing for his heavyweight debut fight and has not been linked with any opponent yet. To which Tai seemed excited and said he is ready to fight Jones. 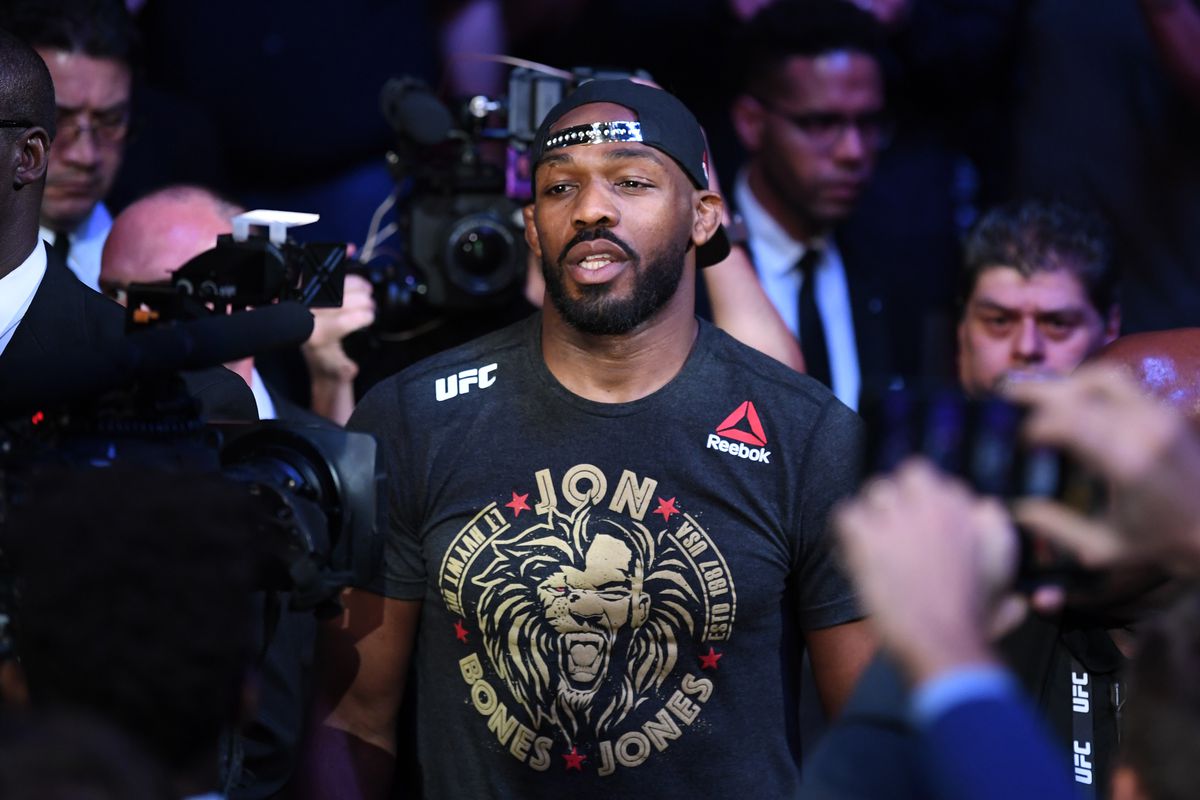 “Count me in. I’ll jump in against Jon Jones”.

Tai Tuivasa also gave his opinion on the performance of the heavyweight champion Francis Ngannou.

“He did well. It was a little more boring than I thought it would be. But he f*cking did good. He wrestled.”

Previous article
Jorge Masvidal can’t wait to expose Colby Covington: ‘It’s so amazing that I’m going to get to punch this guy in the face’
Next article
WWE champion Bobby Lashley unfolds retiring from MMA and why he never joined the UFC